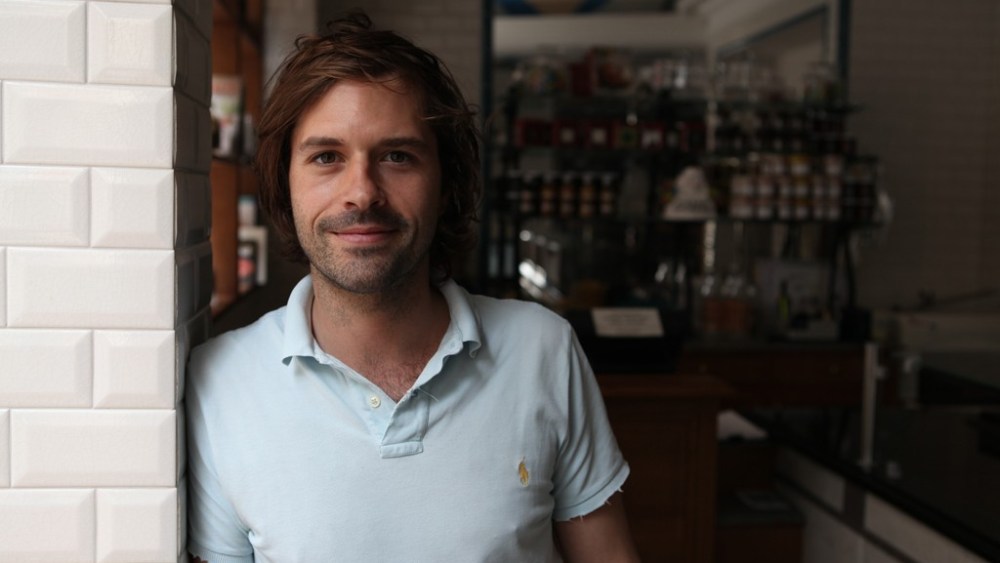 PARIS — In this gourmet capital, chefs aren’t the only celebrities. A new wave of bakers, butchers, grocers and other specialty dealers are taking this city by storm, prompting foodies here to name-drop their special suppliers. It doesn’t hurt that some of these purveyors of delicacies are dishes themselves, such as Gontran Cherrier, the 33-year-old baker from Montmartre celebrated almost as much for his looks as his culinary know-how, who is now a television personality. Here’s what’s on the menu.

BAKED DELIGHTS: In addition to his modern, airy bakery in Montmartre, Cherrier has opened another location in the 17th arrondissement. Hip Parisians go to Cherrier for his rye and red miso or curry bread, freshly baked croissants, flaky tarts with a crunchy character and unusual toppings, such as lime and yuzu or cucumber, basil and strawberries.

A third-generation baker who has also worked for the likes of three-star chef Alain Passard, Cherrier enjoys fashion and wears it well. He confesses to a shoe addiction. “For events, I wear Yves Saint Laurent — it’s great,” he says.

He is now exporting his touch and delights to Asia, opening stores in Tokyo and Singapore this summer and eyeing Los Angeles for next year.

MEAT OBSESSION: Parisians call in advance and save up their euros for Yves-Marie Le Bourdonnec’s famous, dry-aged wagyu côte de boeuf from Burgos, Spain. His grail per kilo is priced at 180 euros, or $221.30 at current exchange.

Le Bourdonnec’s butcher shop in the Paris suburbs of Asnières-sur-Seine has become a destination. Now he is saving his customers the journey. Earlier this year, he opened a new boutique in an early 20th-century butchery on Avenue Victor Hugo in the chic 16th arrondissement.

Its exterior and interior are chockablock with wooden panels, recalling a library, and meat is displayed in a glass case, like antiques. No counter separates the butcher from his clients.

It’s all in the family. Two of Le Bourdonnec’s five sons — Yann and Paul, who are 20 and 18, respectively — work with him. He plans to open a new butcher shop next year in Paris inspired by Tom Mylan’s The Meat Hook in Brooklyn, and add a rock ’n’ roll component to it.

“I want to rev butchery up, to make it rock,” he explains.

Speaking of revolution, Le Bourdonnec cowrote a film, slated for 2013 release, called “Steak Revolution,” in which he travels the world, visiting purveyors on the quest for the best meat.

After penning the book “L’Arabe du coin” on the grocer’s essential role in daily life, Roux de Bézieux became one himself, taking inspiration from Brooklyn Fare in New York. His staff is young and hails from various disciplines, like acting.

Opened last fall, Causses is a slow-food enclave selling organic veggies and fruit in crates, spices in white jars — including herbes de Provence, plus fresh butter and cheese, such as petits suisses (of the thick, cylindrical cow-milk variety, among French children’s favorites). Also on offer is the popular Bigallet syrup.

“It is brilliant,” Roux de Bézieux marvels of the old-time label affixed to the syrups, which are selling like hot (organic) cakes.

OIL DRUM: Cédric Casanova — part French and part Sicilian — produces 29 different kinds of olive oil, presented in growlers and made of the finest varieties, including green nocellara, biancolilla and cerasuola. (One oil is produced exclusively for the Hôtel Plaza Athénée.)

For the past two years, Parisians have been fighting to taste the elixirs around the sole table in Casanova’s gourmet store, La Tête dans les olives.

In March, he opened a Sicilian-style gourmet grocery store, called Le Conservatoire, on the same street. It has one table, too, but primarily sells fresh fruit and vegetables as well as various imported produce.