Stephanie Danler’s first novel has hit a sweet spot. Released a few weeks ago, “Sweetbitter” debuted on the New York Times bestseller list for hardcover fiction, and has been amassing quite a following, including a tally of famous fans. Emma Roberts and Eva Longoria both posted their admiration for the book on Instagram this week. “New favorite book. New favorite author @smdanler,” wrote Roberts, while Longoria wrote, “I am in love with #SweetbitterBook and even more in love with @smdanler after meeting her!”

“Sweetbitter” is set in the fine dining world of New York, where the young protagonist, Tess, works and encounters sex, drugs and relationships.

The praise and buzz around the book confirm Knopf’s choice to offer Danler a six-figure, two-book signing deal. And if all goes well and it continues to gain traction, “Sweetbitter” could end up on the same track as many other literary hits (“Wild”; “Gone Girl”) — the big screen.

Read an excerpt from the first chapter of “Sweetbitter” below: 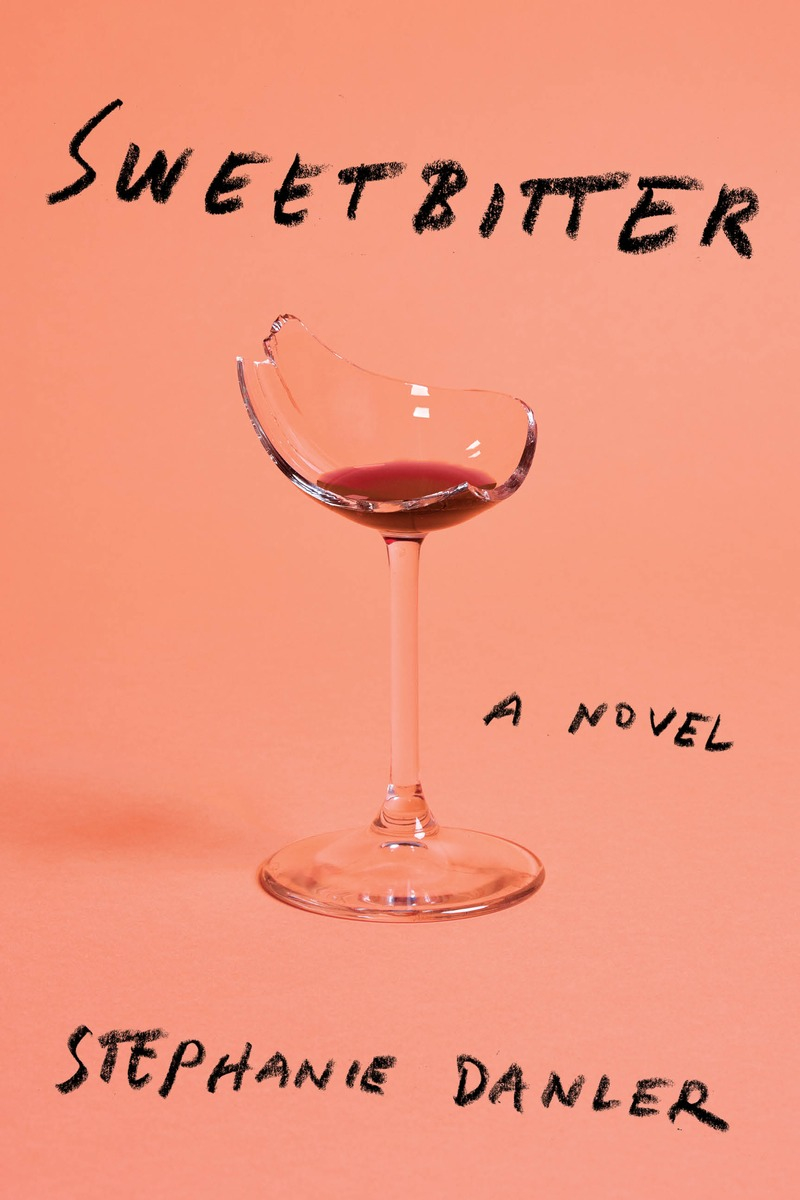 You will develop a palate.

A palate is a spot on your tongue where you remember. Where you assign words to the textures of taste. Eating becomes a discipline, language-obsessed. You will never simply eat food again.

I don’t know what it is exactly, being a server. It’s a job, certainly, but not exclusively. There’s a transparency to it, an occupation stripped of the usual ambitions. One doesn’t move up or down. One waits. You are a waiter.

It is fast money — loose, slippery bills that inflate and disappear over the course of an evening. It can be a means, to those with concrete ends and unwavering vision. I grasped most of that easily enough when I was hired at the restaurant at 22.

Some of it was a draw: the money, the sense of safety that came from having a place to wait. What I didn’t see was that the time had severe brackets around it. Within those brackets nothing else existed. Outside of them, all you could remember was the blur of a momentary madness. Ninety percent of us wouldn’t even put it on a résumé. We might mention it as a tossed-off reference to our moral rigor, a badge of a certain kind of misery, like enduring earthquakes, or spending time in the army. It was so finite.

I came here in a car like everybody else. In a car filled with s–t I thought meant something and shortly thereafter tossed on the street: DVDs, soon to be irrelevant, a box of digital and film cameras for a still-latent photography talent, a copy of “On the Road” that I couldn’t finish, and a Swedish modern lamp from Wal-Mart. It was a long dark drive from a place so small you couldn’t find it on a generous map.

Does anyone come to New York clean? I’m afraid not. But crossing the Hudson I thought of crossing Lethe, milky river of forgetting. I forgot that I had a mother who drove away before I could open my eyes, and a father who moved invisibly through the rooms of our house. I forgot the parade of people in my life as thin as mesh screens, who couldn’t catch whatever it was I wanted to say to them, and I forgot how I drove down dirt roads between desiccated fields, under an oppressive guard of stars, and felt nothing.

Yes, I’d come to escape, but from what? The twin pillars of football and church? The low, faded homes on childless cul-de-sacs? Mornings of the Gazette and boxed doughnuts? From the sedated, sentimental middle of it? It didn’t matter. I would never know exactly, for my life, like most lives, moved only imperceptibly and definitively forward.

Let’s say I was born in late June 2006 when I came over the George Washington Bridge at 7 a.m. with the sun circulating and dawning, the sky full of sharp corners of light, before the exhaust rose, before the heat gridlocked in, windows unrolled, radio turned up to some impossibly hopeful pop song, open, open, open.

That opportunistic morning my eyes were bloodshot. My hair was greasy, and my neck ached from the two hours I tried to sleep on the side of the road. But what I felt most was this red-hot pinpoint of friction in my chest that kept my foot on the gas pedal and my eyes off the rearview mirror.

Sour: all the puckering citrus juices, the thin-skinned Meyer lemons, knobbed kefirs. Astringent yogurts and vinegars. Lemons resting in pint containers at all the cooks’ sides. When Chef yelled, “This needs acid!” They eviscerated lemons. It leaves a caressing sting, the mark of food that’s alive.

I didn’t know about the tollbooths.

“I didn’t know,” I said to the tollbooth lady. “Can’t I squeeze through this one time?”

The woman in the booth was as unmoved as an obelisk. The man in the car behind me started honking, and then the man behind him, until I wanted to duck under the steering wheel. She directed me to the side where I reversed, turned and found myself facing the direction from which I had just come.

I pulled off into a maze of industrial streets, each one more misleading than the next. It was irrational, but I was terrified of not being able to find an ATM and having to go all the way back. I pulled into a Dunkin’ Donuts. I took out $20 and looked at my remaining balance: $146. I used the restroom and rinsed off my face. Almost, I said to my strained face in the mirror.

“Can I get a large iced hazelnut coffee?” I asked. The man wheezing behind the counter masticated me with his eyes.

“You’re back?” He handed me the change.

“You were in here yesterday. You got that same coffee.”

“No. I. Did. Not.” I shook my head for extra emphasis. I imagined myself getting out of the car yesterday, tomorrow and everyday of my new life, pulling into the Dunkin’ Donuts in motherf–king New Jersey, and ordering that coffee. I felt sick. “I didn’t,” I said again, still shaking my head.

“I’m back, it’s me,” I said to the tollbooth woman, rolling the window down triumphantly. She raised one eyebrow and hooked her thumb into her belt loop. I handed her money like it was nothing. “Can I get in now?”