Journalist Sally Quinn is selling the contents of her famed East Hampton, N.Y. home with an estate sale on Nov. 17. 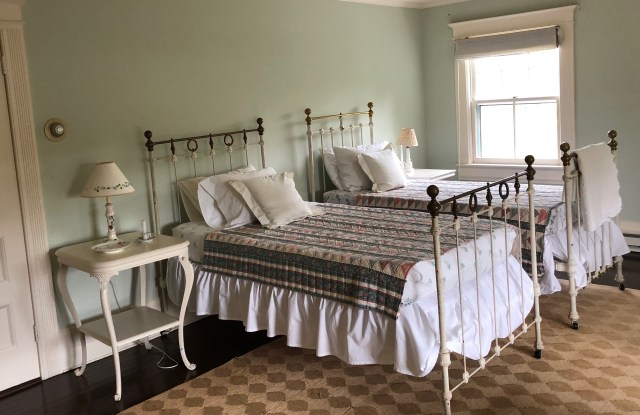 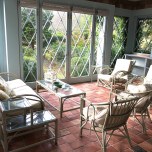 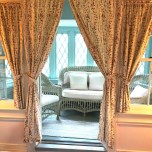 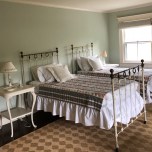 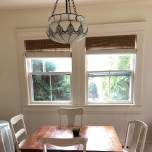 The chance to own a piece of Hamptons history is coming.

When Bradlee, the former executive editor of The Washington Post, passed away in 2014, Quinn found it difficult to return to the 1897 shingle-style home and finally sold it for an undisclosed amount last month.

“The furniture was fabulous,” Quinn explained of finding a treasure trove of antique pieces once owned by the Beales, who were relatives of Jacqueline Kennedy Onassis. “I didn’t even know what was there until I went with my mother in November of 1979 to close on the house.”

Quinn, who purchased the home for a now modest $220,000, gave the younger Beale the option to either “leave the house broom clean or leave everything in there — she had no place to put anything and had no use for it so she just left everything there.”

From French wicker furniture to Louis Vuitton trunks and embroidered pillowcases to mirrors, brass lamps and desks, Quinn had many of the home’s original pieces restored and has lovingly used them for decades. With the home’s sale, Quinn is ready to part with these once treasured objects in an estate sale running Nov. 17 to 19.

Susan Wexler, whom Quinn hired to handle the sale, has enlisted a team of people to stage the property on West End Road and will create a shopping experience that will pay homage to the home’s rich history.

“There were twin beds in the attic — brass and iron,” she explains on the phone from Grey Gardens. “They weren’t the beds that the mother and daughter were sleeping in [in the 1975 namesake documentary], but they were used in the house. We set them up in the actual room that they were filmed in.”

Wexler has been working closely with Quinn to document the exact provenance of each piece from original pottery to weathered iron bistro tables, which is helping her to accurately price each item. “I’ll type up the information I have on each piece and put it on a Lucite stand with the furniture,” she added. “There’s a ladder back chair that I’m looking at now. When Little Edie comes down the stairs in the original documentary waving the flags, that chair is in the shot.”

For the sale Wexler plans to have clips of interviews with Quinn playing along with clips of the “Grey Gardens” documentary and the 2009 scripted film of the same name as shoppers peruse the family treasures. “A lot of people are going to come for the entertainment — it’s going to be crazy.”

Grey Gardens Is Off the Market