Ten Hot Places to Visit in Between London Shows

Set the alarm earlier, walk a little faster and carve out time for these must-see exhibitions, shops and food stops in London. 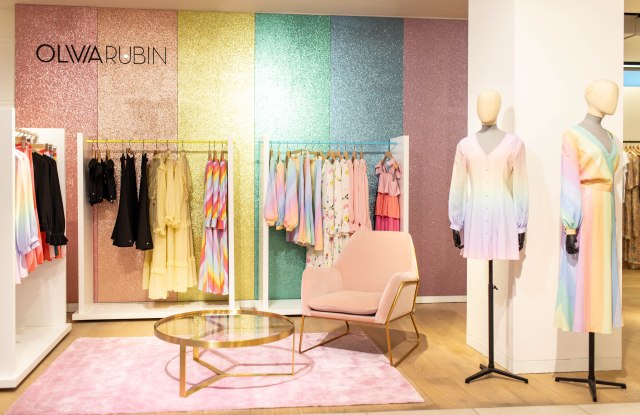 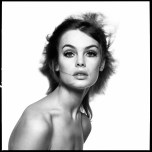 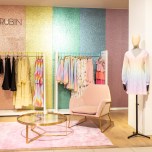 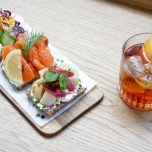 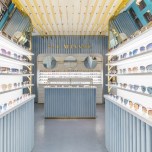 LONDON — Creativity is in full flow here, and fashion is only one part of the story. Here, 10 places in London to visit if you have any down time:

1. New to the Victoria and Albert Museum is “Christian Dior: Designer of Dreams,” which runs until July 19. Nab a ticket and get lost in room after room of Dior’s personal memorabilia, designs and collections by Dior creative directors including Yves Saint Laurent, Gianfranco Ferré, John Galliano and Maria Grazia Chiuri.

2. Indulge in more 20th-century fashion — and pop culture — and swing by Gagosian’s show, “David Bailey: The Sixties,” a tightly edited display of some of the photographer’s most famous portraits, with subjects including Marianne Faithfull, Mick Jagger (his face framed by a fur hood) and a wistful Jean Shrimpton and an androgynous-looking Jane Birkin.

3. Bailey’s fellow photographer and contemporary Don McCullin is the subject of a major retrospective at Tate Britain. True, the dark, haunting portraits, war reportage and bleak landscapes offer up a radically different view on the past 50 years, but the show, which runs until May 6, is unmissable.

4. This melting pot of a city is also bubbling with new places to eat and drink, with something for every taste. Swing by Söderberg café and bakery in Soho and sample the impressive selection of breakfast trays complete with cheese, Serrano ham and fresh sourdough bread. There are also cinnamon rolls and savory waffles, which can be eaten all day long.

6. For a full-on vegan experience there’s Stem + Glory, which offers up such crowd-pleasers as Nori rolls, custom salads and even a bar with vegan wines.

7. Retail is also abuzz, with the Maiyet Collective hosting a series of pop-ups, the first at Harvey Nichols. There will be more than 50 sustainable luxury brands to shop from, offering ready-to-wear, jewelry, homeware and beauty products.

8. At Selfridges, Olivia Rubin — a favorite among the Instagram crowd for her eye-catching sequin pieces and rainbow-hued midi skirts — is debuting her first pop-up store. For the launch, Rubin translated her flair for candy colors into a sparkly rainbow wall, pink velvet carpets and multicolor rails and created five exclusive pieces for the retailer, including an updated version of her famous rainbow skirt and a matching sequin crop top.

9. For those with a more classic bent, Roger Vivier has just opened a flagship store on New Bond Street. The intimate space is decked in Vivier red and white, while classic Viver shoe buckles have been turned into shelf frames. The reinvented Belle Vivier style is on offer alongside sneakers and the Viv’ Run, which sold out just weeks after its initial launch.

10. Elsewhere, eyewear brand For Art’s Sake has also unveiled its first flagship store in Covent Garden. Offering customers a fully immersive retail experience, there’s a “selfie station,” concierge, personal shopping in five languages and click-and-collect services. Snap up a pair of the brand’s most recent drops, such as the Ariel, sunglasses that have engraved mermaid frames; the Teddy frameless bear-shaped lenses, or the brand’s classic Alien shades, worn by Jennifer Lopez.