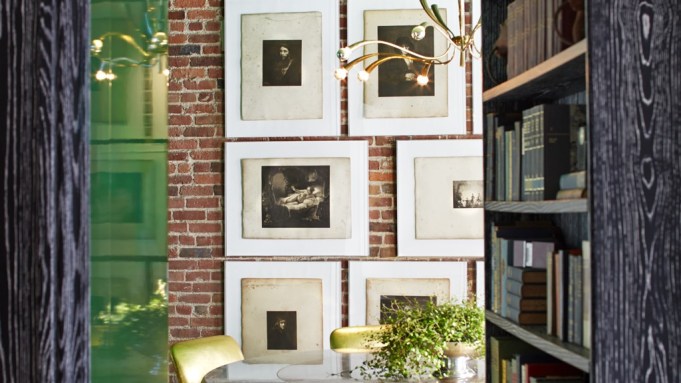 The 1907 Musto building in San Francisco’s historic Barbary Coast district got a new lease on life Friday. It officially opened as the home of The Battery, a new private social club and hotel from Michael and Xochi Birch, the founders of the social networking site Bebo.com, which they sold to AOL five years ago for $850 million and bought back in July for $1 million.

After the sale, they had some disposable cash to invest. The couple wanted a place in the Bay Area similar to the ultraprivate traditional clubs they loved when they met in London, like that city’s Soho House outpost. Enter interior designer Ken Fulk, who is known for his client list of tech-world heavy hitters, including the founders of Napster, Yelp and Zynga.

Fulk first worked with the couple — who now also operate Bay Area incubator Monkey Inferno — five years ago on the design of their new residence in Pacific Heights.

“Our concept with The Battery was to turn this great old building into a place where all the worlds of San Francisco — tech, the arts, innovation, philanthropy — could collide,” says Fulk, who also holds the title of creative director at the club.

To start the club, which is invitation-only, the Birches invited an initial class of 700 of their closest and dearest, including Vanessa Getty, Instagram cofounder Kevin Systrom, cofounder of One Kings Lane Alison Pincus, avant-garde furniture designer Christopher Deam and Trevor Traina, who sold his first online company to Microsoft for $100 million about a decade ago. The 15 suites in the boutique hotel, which have dramatic views of the San Francisco skyline, are open to the general public if they get member privileges to the club as guests.

Fulk, who spent four years supervising the remodeling of the building, has settled on a design aesthetic that includes antiques and contemporary art as well as taxidermy — a water buffalo gazes down on one of the bars — for a stylish yet eccentric look. The second-floor bar features exposed brick walls, clusters of Sixties sofas and chairs, and a dramatic barrel-vaulted ceiling.

There are also three restaurants under the direction of executive chef Jason Arbusto, who trained with Alain Ducasse. The centerpiece of 717B, the hotel’s brick-walled fine-dining spot, is an eight-foot tall crystal chandelier designed by Alex Randall. Recently on the menu? Wagyu beef with smoked tofu and hon shimeji mushrooms, as well as lamb loin with Japanese eggplant, fenugreek, sweet soy and natural jus.

The hotel’s most striking feature is the penthouse, replete with a glass pavilion, sweeping terrace, rooftop reflecting pool and spa decked out with orange Lucite chairs and California king-sized four-poster beds.

“It’s unapologetically sexy,” Fulk says. “I saw it as a spot where Robert Evans may have taken a young starlet up to see his ‘view.’”