A smattering of stats, places to check out and some trade-show news. 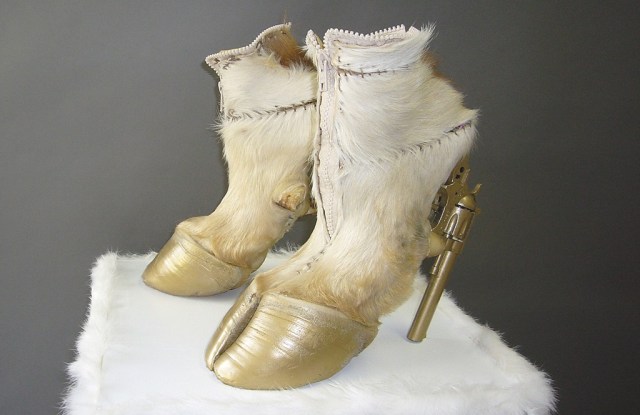 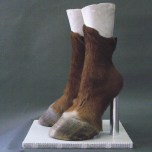 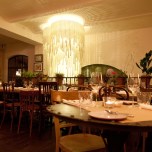 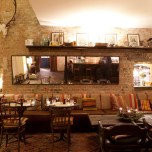 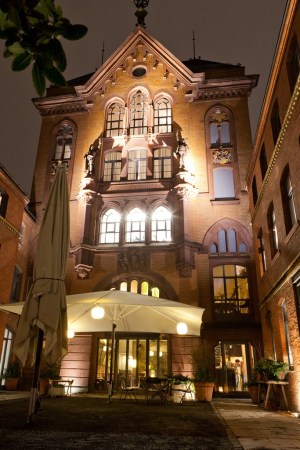 A smattering of stats, places to check out and some trade-show news.

Creature Features: Iris Schieferstein’s commercial art nearly landed her in jail. Early on, the German sculptor said she realized nature was the better model maker and began incorporating roadkill in her works.

“I’ve been working with dead animals since the 1990s. I wanted to bring refuse into the museums — in the spirit of Duchamp,” she explained. “And also to let animals speak for mankind.”

However, in Germany, wild animals, whether dead or alive, are protected by conservation laws. And so the use and consequent exhibition of found cadavers, like the moles she used in their entirety for a pair of wildlife slippers, or other assorted bits and pieces assembled in her unfettered conglomerations, set the authorities on her track, armed with the threat of a six-year prison term.

That was in 2003. Today, Schieferstein is still creating her literally beastly objects, the materials now sourced from butchers or even pet owners, as German law does permit the use of any animals raised for food or, in general terms, “bred.” American law, on the other hand, wouldn’t interfere with her creations, whatever the taxidermic source. But U.S. Customs does draw the line at importing them, as Lady Gaga discovered while anxiously waiting for a pair of Schieferstein’s Vegas Girl cow hoof booties to wear with the infamous MTV Awards steak dress.

Just in time for Fashion Week, a series of Schieferstein’s admittedly fetishistic footwear, as well as two new mixed-body-part reliefs, will be featured in “To Die For.” This first show in Epicentro Art’s new gallery space in Berlin Mitte will also include works by H.P. Adamski, who was into meat dresses way before Stefani Germanotta (aka Gaga) was born. If Berlin designers find inspiration in Schieferstein’s cow hoof, horseshoe, dove, snake and other animalistic shoes, they’ll be joining the likes of Dolce & Gabbana, Alexander McQueen, Prada and Todd Lynn.

“My work polarizes and isn’t easy to stomach,” she admitted. “But I’ve received mail from people in Palestine, Israel and Africa who can all relate to the ambivalence of my cow shoe with the revolver heel. Images can move people. That’s the great thing about art.”

Bio Experience: Reflecting a more natural gastronomical direction is newcomer Katz Orange, which took over the legendary Maxwell space in the former Josty brewery. The building dates back to 1893, but once through the courtyard and its neo-gothic facade, culinary delights and great drinks await guests in a cozy ethno-eclectic interior designed by Berlin artist Yoon Lee. Owned and operated by Ludwig Cramer-Klett, Katz Orange’s alimentary philosophy revolves around organic, locally grown vegetables, free-range meats and locally sourced ingredients.

“We want to cook responsibly with local ingredients. And with little waste, which is why we have a small menu,” Cramer-Klett explained. He features ingredients that are not in fashion, prepared so people can easily enjoy them. Like the extra tender and juicy slow-cooked pork. “We use the techniques of Michelin-star restaurants. First we cook the pork in a vacuum (sous-vide machine) in a water bath at [158°F] for 12 hours, then caramelize it and slowly reheat it,” Cramer-Klett explained. The Duroc pork is 23 euros, or around $32.

A world traveler, real estate entrepreneur and spiritualist, he named his restaurant after a shaman’s orange cat that he met in the jungles of Peru. “The initiation point came while I was traveling and I had a vision of a metaphysical space,” he said, adding that his restaurant is about yummy comfort food rather than being a gourmet temple. “But it’s all free-range and all organic, because that is where the taste is.”

X Box: Berlin’s contemporary trade fair Premium makes it a policy to feature unexpected and hard-to-find merchandise every season. But to celebrate the show’s 10th anniversary, Premium invited some of its favorite brands to create a limited edition collection, which will be available for ordering exclusively at the participant’s Premium stands in January. In addition, a small sampling will be on sale to the public at Premium’s in-house store, F95, with all proceeds donated to charity projects chosen in cooperation with betterplace.org.

Stats Quo: According to first estimates by the German Federal Bureau of Statistics released Jan. 4, the nation’s retailers ended 2012 with a nominal gain of 1.9 to 2.1 percent. That would place total retail sales, which include grocery, pharmaceutical products, cosmetics, furniture, home improvement, books as well as apparel at between 496.5 billion and 497.5 billion euros, or $638.5 billion to $639.8 billion at average exchange for the period, last year.

The estimates are based on sales figures from January through November and take into account that December 2012 had two fewer sales days than December 2011. Sales in the 11-month period, however, were nominally higher, at 2.3 percent, than in the period for 2011. In the apparel retail sector (including shoes, but not jewelry or cosmetics), sales for the 11 months inched up 0.7 percent.

A spokesman for the HDE (German Retail Federation) said the Bureau’s estimates confirmed its prognosis of a 1.5 percent nominal increase in sales for a total of 80.4 billion euros or $104.3 billion in the last two months of 2012. Final figures for December 2012 are not yet available. The German Apparel Retailers Association, however, was less upbeat about the year’s close. “Christmas business was not as good as last year. We’re in minus,” a spokesman said.