The Costume Institute's "Masterworks: Unpacking Fashion" reminds visitors of the evolution of fashion. 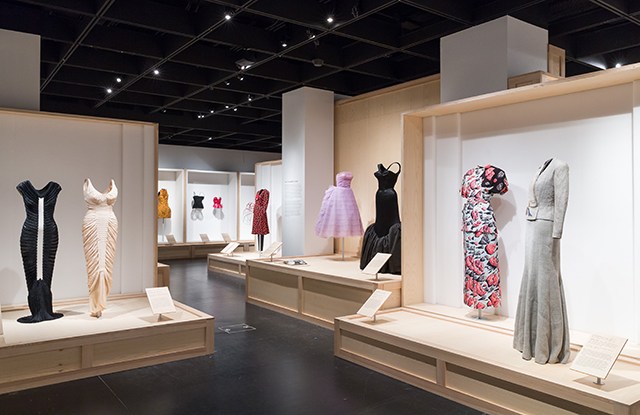 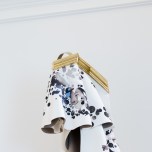 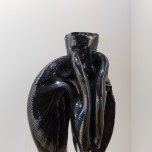 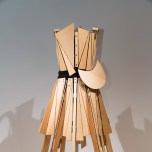 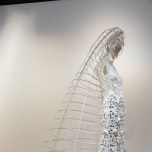 NEW YORK — The abstract packing crate near the Viktor & Rolf dress at the entrance to The Costume Institute’s “Masterworks: Unpacking Fashion” is meant to be a visual metaphor figuratively and literally.

Visitors see from the start that some serious unpacking has been done at the Metropolitan Museum of Art in selecting the show’s 60 pieces. With guidance from curator in charge Andrew Bolton, assistant curator Jessica Regan has essentially created a master class, spelling out how highly technical pieces have changed the course of fashion from the early 18th century to today. Rather than race to the spring 2015 blazing red wool, nylon, flannel patent leather Commes des Garçons ensemble or the fall 2012 Iris van Herpen black dress embroidered with PVC strips, the exhibition’s chronological layout is set up to give room for thought.

During a Wednesday morning preview, Regan said, “In order to understand the contemporary references, it is essential to cover the historic dress as well. So many designers in our collection and generally have studied historical dress and were inspired. It also provides a context for explaining where we are today.”

Museum goers walk through fashion’s evolution starting with a 1730 robe volante, the negligee-inspired one-piece gown that caught on after the death of Louis XIV and the subsequent acceptance of more informal fashions. While the range is wide, the show itself is compact, though visitors will be inclined to take a closer look to examine such how-did-they-do-that details as the butterfly-shaped neckline and the appliquéd bands of mousseline that concealed seams on an 1898 silk satin brokers House of Worth gown. (Patrons who miss gallery tours will find cheat sheets on the gallery wall texts.)

“Masterworks: Unpacking Fashion” features significant acquisitions from the past 10 years. One find is the evening dinner jacket Elsa Schiaparelli created with a Jean Cocteau sketch that was embroidered by Lesage. “Jean” is even embroidered on the edge of the jacket, which is paired with a 1947 Gilbert Adrian dress made from a Salvador Dali-designed fabric imprinted with profile and the artist’s motif of fractured anthromorphized rocks. Another pairing is a spring 1994 Azzedine Alaïa two-tone acetate dress opposite a 1951 Charles James ivory silk La Sirene evening dress. A 1929 embroidered pink silk tulle Madeleine Vionnet evening dress is displayed with a spring 1999 peach nylon lace John Galliano one to show how her body-skimming styles inspire contemporary designers. Even more strikingly current is a 1931 Jean-Charles Worth evening dress embroidered and fringed with silver glass bugle beads. After the company started advertising for the first time in the Twenties, it tried to win over younger clients with more modern designs.

The passage of time can also be found near a 1787 redingote, a dress inspired by English men’s riding coats. A placard refers to an excerpt from Louis-Sébastien Mercier’s “Tableau de Paris,” which reads, “Women’s clothing must have a gender and this clothing must contrast with ours. A woman must be a woman from head to toe; the more a woman resembles a man, the more she surely loses.”

It’s important to think about the pieces in a broader context, to understand the influences on contemporary fashion and how designers are taking elements of the past and making them relevant today, she said. “It’s easy to lose sight of those connections if one is only looking at the contemporary. It’s important to see it in conversation. There are certain periods that continue to serve as a regular source of inspiration, like the 18th century in particular. That’s such a favorite of fashion designers.”

Prized looks like a 1967 green silk gazar Balenciaga dress and a 1928 Lanvin “Traviata” robe de style are showcased on their own, and the stop-you-in-your-tracks effect is intentional. Regan said, “Absolutely, the idea was that each of these pieces would be able to stand on their own as a masterwork of fashion and that would represent very different approaches.”

The final gallery is a tribute to former curator-in-charge Harold Koda who stepped down last year. Bolton approached a number of designers asking if they might donate something from their archives to The Costume Institute’s collection in honor of Koda, and more than 30 obliged. Raf Simons, Rick Owens, Tom Ford, John Galliano, Jean Paul Gaultier, Miuccia Prada, Gareth Pugh and Proenza Schouler’s Jack McCollough and Lazaro Hernandez are among those who did so. Each also described Koda’s influence on fashion and their quotes are featured either near their respective designs or in a digital display in the gallery. Regan said, “Many of them spoke to Harold’s influence on them and how his exhibitions were inspiring to them. He will really have a lasting legacy.”