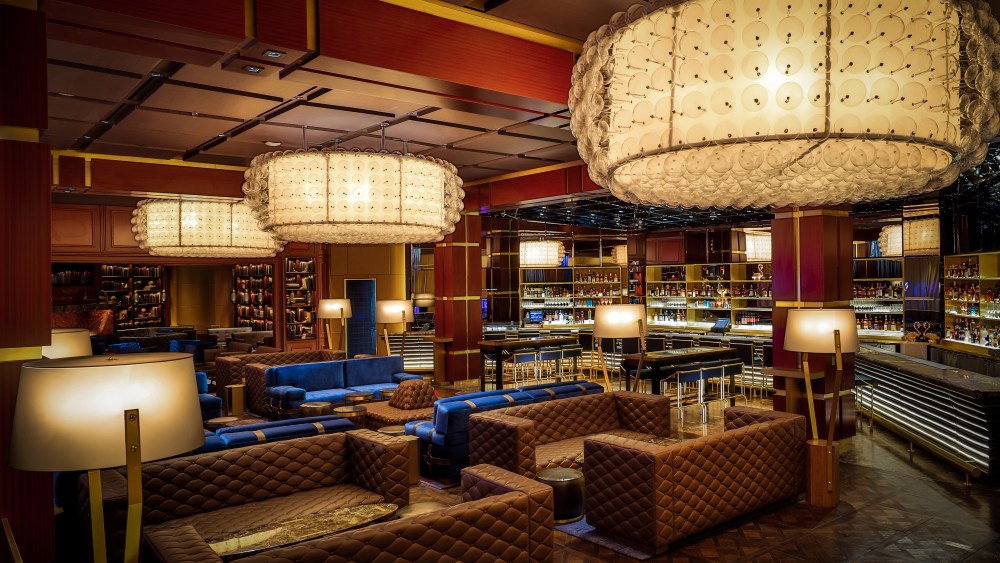 New Year, new bar. David Rabin, the former lawyer-turned-hospitality ace behind New York City hot spots like Cafe Clover, The Skylark, The Lambs Club and Jimmy at the James, is lifting the veil off of his latest creation: The Dorsey in Las Vegas’ Venetian Hotel.

What started with a friendly game of tennis with Rob Goldstein, president of Las Vegas Sands Corp., turned into a business proposal that brought Rabin back to Las Vegas for the first time since 2005, when he left V Bar. “I always had a bad taste in my mouth that we had created this thing long before Light and Tao and all the other big clubs came to Vegas,” Rabin said. “It’s frustrating to be there so early in the transformation of Vegas and not be able to see it through, so I jumped at the chance when Rob asked me.” He became the top consultant for the project.

Rabin thinks Vegas has New York City beat as far as big-scale nightlife is concerned. “I can’t remember the last nightclub opening in New York that caused a stir,” he said. “But in Vegas, they’ve taken the ball on this. They’re opening these massive, extremely well-designed nightclubs and they’re able, because of the volume, to pay incredible fees for this top-tier DJ talent.” The Dorsey will offer an alternative to Vegas’ flashy, towering clubs. As Rabin put it, it will be “nightlife for grown-ups.”

“When I say ‘adult,’ that’s a mind-set,” he said. “It could be a 27-year-old who’s just not into going to shot and beer bars anymore. Like, they’re done with that part of their life or they’re done with it for that night.” Sam Ross of New York’s Attaboy curated Dorsey’s craft cocktail menu. Thomas Schlesser of the Design Bureaux is responsible for the lounge’s interior. Equally as important as the drinks and the design is the music — a mix of “neo-soul, funk, R&B, reggae, old school hip-hop.” Check all Top 40 hits at the door.

The Dorsey won’t have a set food menu, but it will offer food through The Venetian for private and semiprivate events. “We’ll have specially designed menus, sort of like how we do it at Skylark, where we have platters of food available for smaller groups, but it won’t be a place where you’ll come have dinner at 10 o’clock,” Rabin said. He’d prefer to see more food options, but said smoking regulations in Vegas casinos have complicated the process.

“I hope that every aspect of it will be a slightly elevated experience from what currently exists in Vegas,” Rabin said of Dorsey. “Not to the point of feeling exclusionary, but certainly to the point of feeling aspirational. There’s a little bit more bounce in your step when you walk in this place. You feel like you might look a little bit better or feel a little cooler just ’cause you walked in. The music hit you right, the lighting hit you right, your drink is fantastic, you have a beautiful woman who’s working there say ‘hello’ to you, your server, or a handsome guy behind the bar. And they meant it, they were kind about it. That’s the thing about hospitality — it has to feel genuine, not forced.”