The first retrospective of Winogrand’s work in 25 years is now on display at the National Gallery of Art. 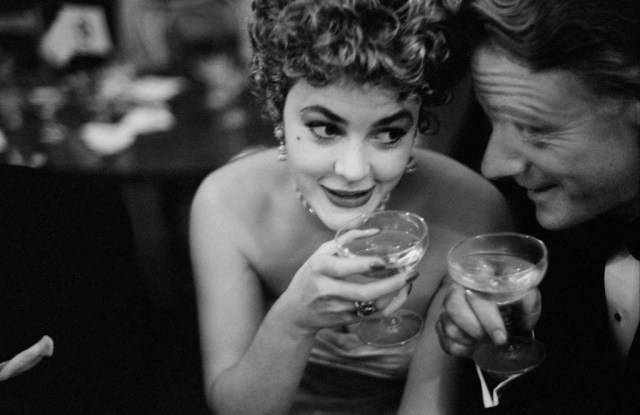 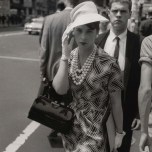 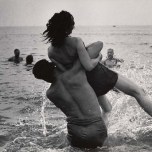 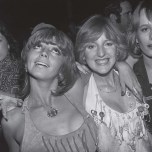 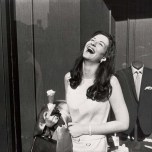 WASHINGTON — Photographer Garry Winogrand had a thing about fashionable women. Forever in pursuit of the next great shot, he aimed to reveal his personal truth about the women who obsessed him.

“He was not interested in creating a mystique around himself, like Richard Avedon,” says Leo Rubinfien, the guest curator who conceived the exhibition of Winogrand’s works now on display at the National Gallery of Art here and a photographer who hung out with Winogrand in the years before his sudden death from cancer 30 years ago at age 56. “He believed a photograph had to be more dramatic than the subject itself. The ultimate challenge for the photographer was, ‘How do you beat reality?’”

Overbearing and blunt, Winogrand fretted about how to claim artistry when a fashion-conscious woman entered his frame. “Is it the intensity of the picture, or is it the woman? I had a lot of headaches on that, which was in itself interesting,” he tells his students in the show’s 15-minute video, edited down from a two-and-a-half-hour guest lecture he delivered in the Seventies at Rice University in Houston.

In the end, he forged his own take on post-World War II women in the days when feminism was just beginning to change the culture, back when Hillary Rodham Clinton wore hair bands and the idea of going braless was considered a political statement.

“The fact of how you decide to dress, to present yourself on any given day — that fascinated him, that and the way clothes make us move,” says Sarah Greenough, senior curator at the National Gallery and head of the department of photographs. Greenough worked with Rubinfien and San Francisco Museum of Modern Art curator Erin O’Toole in putting together the National Gallery’s show. “So much of the way a woman moves is determined by the clothes she wears,” she adds. As Winogrand says in the show’s video, “When things move, I get interested.”

Winogrand served as a weather forecaster in World War II and came back to study art on the G.I. Bill at Columbia University in 1948. Switching to photography, he credited the decline of the popular magazine business — where he sold to leading publishers at Life, Look, Sports Illustrated, Collier’s and Pageant — with propelling him onto the street and back into the world of art. He brought the two worlds together in the Sixties and Seventies when, after winning two Guggenheim grants to study media events and their effect on the public, he photographed political conventions and politicians including Richard Nixon, John F. Kennedy, Lyndon Johnson and Nelson Rockefeller. Along the way, the photographer was married three times — to Eileen Adele Hale, Judith Teller and Adrienne Lubeau Winogrand — and had three children, Laurie and Ethan with is first wife Adele and Melissa with Adrienne, his last.

Winogrand’s own childhood growing up on the hardscrabble side of the rag trade, says Rubinfien, may account for his commitment to capturing the yearning in his street-smart fashion plates.

“His dad was a garment cutter,” says Rubinfien, describing Winogrand’s first taste of New York’s rough-and-tumble fashion industry back when the garment industry boomed in New York City. “His parents worked long nights in their two-room apartment in the Bronx. His father made belts, ties and handbags as piecework at home. He would cut the fabrics for neckties in the kitchen, and his mother would iron the ties into shape. The kitchen was Garry’s bedroom. He slept in a foldout bed.”

In his street shots — in Manhattan clubs, at splashy benefit parties, even inside airports — Winogrand’s women appear elusively aspiring, whether in the shape of Italian actress and former fashion model Elsa Martinelli taking a drag on a cigarette at El Morocco in 1955 or an aspiring fashion model in a big fur-collared coat that looks a tad too threadbare. “Her grandmother called me to tell me she had come to New York to be a fashion model but that she had not made it,” says Rubinfien, who spent three years poring over 4,100 rolls of developed but unprinted film and 2,500 rolls of unprocessed film, comprising more than 250,000 images bequeathed by the artist to the Center for Creative Photography at the University of Arizona in Tucson.

The result is this 190-photograph show, the first retrospective in 25 years of Winogrand’s work. The exhibition opened last year at the San Francisco Museum of Modern Art; is slated to move from Washington to The Metropolitan Museum of Art for a June 27 opening, and then will go on to the Jeu de Paume in Paris in October. The final stop will be in Madrid at the Fundación MAPFRE in March 2015.

“Fashion in the 1950s and the 1960s is less about the fact that women had changed so much by the 1970s and 1980s,” says Greenough. Pointing to an image of a woman in white kid gloves lightly touching the brim of a hat framing her face, she explains, “The real disparity is not just that they dressed more awkwardly. It’s that they move more awkwardly.”

Inside an elevator, a “Mad Men”-era secretary in a short, clingy knit stands taut against the wall, nothing moving except the shine on enamel fingernails that seem almost to twitch in anticipation. Outside, on Manhattan’s avenues, a woman in a snowy white fur wrap and matching hat vies for attention, while in an airport, a skinny, bored blonde waits in the arrivals section sporting a raincoat, her hair in wafer-size pin curlers.

Being fascinated with women, says Rubinfien, is just a part of Winogrand’s story. “Back then, at the beginning of feminism, any man who looks at a woman is punished for it,” he says. “There was just so much anger. You got pounded for being sexist. So in a way, his pictures are always so chaste.”