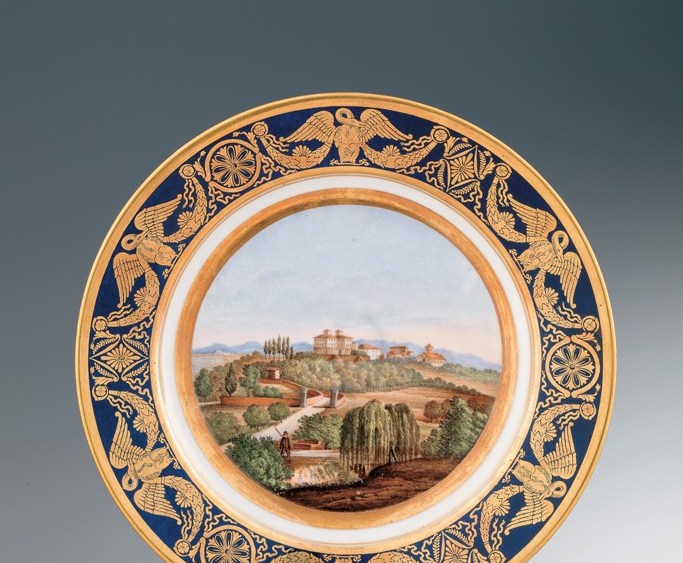 Some places to check out when visiting the city for Pitti Uomo.

This spring, Gucci took control of Richard Ginori 1735 and set out to restructure the historic ceramics firm, whose precious pieces from the 1800-1830 period are on display in the Museo degli Argenti at Palazzo Pitti. The exhibit celebrates the 40th anniversary of the Museo delle Porcellane, a ceramics museum permanently housed at the Palazzo. The 30 years at the beginning of the 19th century were selected as the exchange with the French porcelain from Sèvres was very intense at the time, revealing a widespread circulation of china under Napoleon Bonaparte in Florence.

Visitors will have the opportunity to admire over 150 Ginori and other French manufacturers’ pieces, 20 of which have never been shown before, lent by international museums and private collections. Among them, for example, is a series of plates commissioned to Manifattura Ginori by the Tuscan Grand Duke Leopold II to thank the Egyptian Khedive [viceroy] for the gift of a giraffe, still preserved in the museo della Specola of Florence.

A Roof With a View

The initiative, in its fourth run, is still a budding gem. “A roof with a view” offers the opportunity to admire the city’s skyline as, starting June 1st, 19 hotels will open their panoramic terraces to the public all day, offering tourists the possibility to taste appetizers or drinks while enjoying the sight of Florence at sunset, for example. A photographic contest revolving around the theme of Florentine views, will grant the winner a free overnight stay in one of the hotels participating.

This year, the event is also linked to the European Design Institute in the city, with the aim to promote Florence as a fashion brand: the students will create objects inspired by the image of the city under the supervision of Dutch designer Corné Gabriel. A number of the pieces will then be displayed in the halls of the hotels taking part in the project.

Aimed at promoting and preserving the work of the designer, the Roberto Capucci Foundation has organized the exhibition “From Roberto Capucci’s hand: fabrics to be moulded” that shows the artist’s skill in the approach to different types of fabric to create various effects.

Housed in Villa Bardini, the location of the Foundation’s permanent museum, this exhibition hosts 24 creations made between the Fifties and the first years of the Nineties.

The exhibit is divided into three sections, from fluid shapes to statuesque rigidities. In the first one, Capucci’s creations are characterized by soft silhouettes and loosened peplos. The surface of the fabrics starts to riffle with “Calla,” a sculpture-dress presented for the first time in 1956. The second section includes cropped jackets and boleros realized with unique mastery; the more rigid dimension starts to emerge from a black and white bolero evoking the shape of a caterpillar, shown for the first time in 1985. It is then in the third section that pleats and overlaps create the effects of a sculpture trough articulated volumes and rigid draperies.

Located near Piazza della Signoria and the Lungarno, the Amblé bistro which opened in the spring elected the tramezzino sandwich as its main course. This basic meal — similar to a Club Sandwich — turns refined through the use of prime ingredients elaborated by the creativity of the chefs, who suggest new combinations to satisfy every taste.

The location is conceived as a parlor where consumers will eat and shop at the same time: everything inside the locale is for sale, from the furniture and all the objects displayed to the teacups in which infusions are served.

This variable setting is a lively and contemporary backdrop to happy hours or to sit back and relax.