The Second Act of The Four Seasons

After two years, the New York dining institution is reopening in its new location. 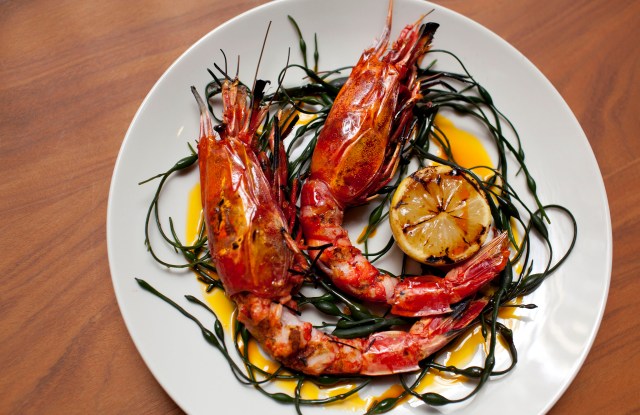 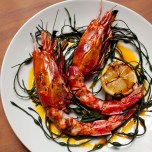 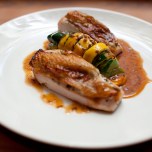 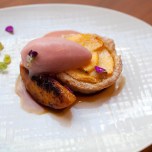 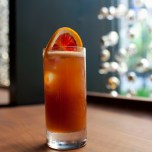 In the days before its official public reopening, The Four Seasons co-owner Alex von Bidder is still transfixed by details of the restaurant’s new home.

“When you look at it from the side, it’s all gold,” he says of the dining room’s window screens, which are coated in a very thin metal and look out on 48th Street in Manhattan. “When you look straight through, you know what’s going on. From the outside, you can’t see in.”

Longtime patrons of the Midtown restaurant have eagerly been awaiting the chance to do just that ever since The Four Seasons left its Philip Johnson-designed space on 53rd Street in 2016.

“Obviously we had a tough act to follow from the other space,” says von Bidder. “That space is much more intimidating — so when you walked up the stairs to the desk it was like us looking down, which is never a good thing. So here it’s the opposite. This is much more welcoming, but you never know how people will react.”

So far, according to von Bidder, reaction has been positive. Ahead of opening day — Aug. 15 — the restaurant has already begun welcoming its friends and family into its new space. “They all say how long they’ve waited for us, and finally you’re here, but it was worth the wait,” says von Bidder. “They’re flattering us, they say there’s no other place to eat — which is crazy, there’s plenty of places to eat — but the love and the welcome, you can’t fake.”

The team wanted the design of its new location to strike a balance between paying homage to the restaurant’s former home and building a space rooted in mid-century design that feels totally new. They landed on Brazilian architect Isay Weinfeld, making The Four Seasons his first project in New York. (When Johnson designed the original Four Seasons in 1959, it was his first restaurant.)

“[Guests] are already staying longer than ever. And we’re used to,” von Bidder snaps his fingers twice, “serving fast and in and out. All of a sudden at 3:30, people are still here for lunch.” The restaurant will accommodate diners in off-hours, planning to serve throughout the afternoon until picking up with dinner at 5 p.m. The restaurant will stay open until 11 p.m., late by Midtown standards.

But what about the food?

The team considered a pool of potential chefs of all ages and status — some really famous, and some totally unknown. Diego Garcia, an alum of Contra and Le Bernardin, won them over. (Bill Yosses has joined as pastry chef and overall mentor; his last post was as executive pastry chef for the White House.)

“The parameters were that we have some classics that our good customers expect, and then we want to leave free rein — as long as it’s seasonal, as long as it’s American.” (Another criteria was that the food looks like what you thought you were ordering.)  “No surprises,” von Bidder adds. “The surprise or the reveal should be that it’s better than you imagined. Today, I had at least six people tell me that this is the best tomato and burrata that they’ve ever had in their lives. It’s not very complicated to have tomatoes and burrata, but if you ask Diego to make it, there are ingredients there that you don’t know.”

Some of those ingredients might just come from the restaurant’s crops in Westchester, where they have farms growing some of their produce. “Julian picks it up on his way to work,” von Bidder adds, referring to his co-owner, Julian Niccolini.

“I think the whole idea of the rebirth of the Four Seasons is maintaining that legacy and a lot of that has to do with these classic dishes,” says Garcia. “The bigger question is and the challenge is, how do you maintain all these older palates or people who are used to the older recipes  — the crab cake, the Dover sole — and be able to attract new clientele, new palates as well and keep it competitive?”

Garcia also brings a younger, fresh perspective to the menu. He’s 30, and his chef de cuisine, Brandon Lajes, is 26.

“I love the opportunity to be able to be a part of something that’s been a legacy; you know, you talk about The Four Seasons and it’s been around for a long time,” Garcia adds. “To be able to have an understanding, reading about James Beard or reading about all these other chefs, people who come here, JFK having his birthday party here…and to just be a little fly on the wall in the history of The Four Seasons, how can you say no to that?”

“Bringing Diego and Brandon in at their age gives us the impetus to teach and learn at the same time, and give them an opportunity…And that’s the joy for us right now, is we’re sharing something that will live on in them,” von Bidder chimes in, calling attention to prepping the next generation at the restaurant. “We’ve made our mark. We don’t have really anything to prove. But this phase is exciting for us.”

It’s an important point; within such a saturated dining scene as New York, it’s the people and personalities that lead guests back. A customer has already booked the space, which also includes a private dining room and cocktail-only bar, for his company holiday party, and Niccolini recently fielded a call from the White House. “We thought he was joking, but it wasn’t joking,” says von Bidder.

“It really is like a family [here],” says Garcia. “Everybody that I’ve talked to that I’ve met who are regulars from the past say, “I come here, the food is always great, but it’s mostly the personalities of people working here.'”

“To me, that’s not surprising. We have a host, Anthony, who has been with us 25 years — he was the first face that every customer saw. So the last two days he’s at the door so everyone sees him. Then there’s Julian and me. And it’s all, ‘Hey, thank god we’re home, thank god you’re back,'” von Bidder says. “It’s a lot of kissing, a lot of schmoozing, and a lot of laughter. And what could be better?”