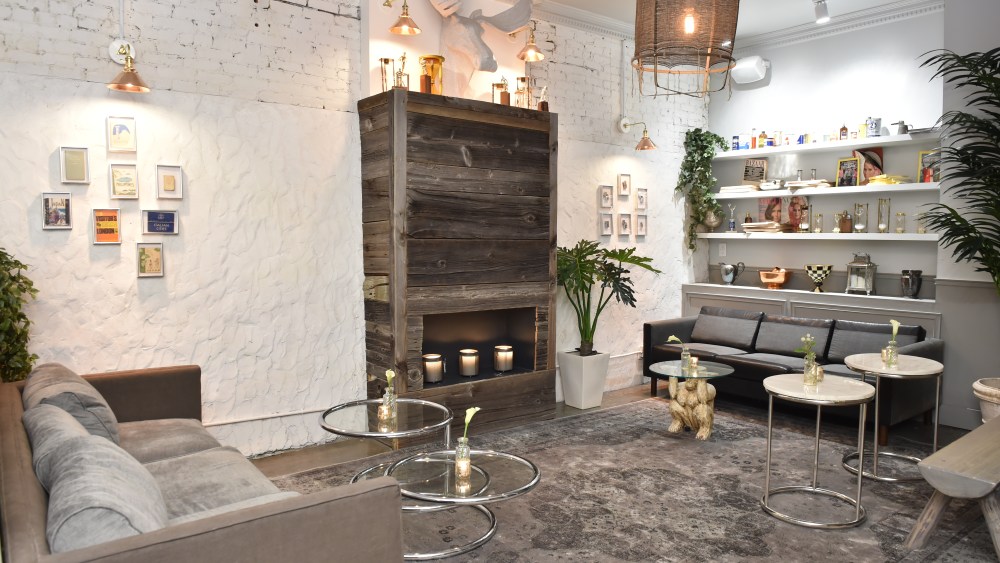 Above the Five Guys burger joint on the corner of Bleecker Street and Seventh Avenue, a pink neon sign in the window reads “Soul.” The mysterious placard is the only indication that there’s something beyond a lingering smell of French fries up there, but past the grill station and up a narrow staircase, the cozy living room-esque space is home to a bar called The Garret.

“When we started we didn’t set out to have a secret space,” says co-owner Adam Fulton. “But New York real estate isn’t the easiest thing to manage, so we found this hidden space and said let’s go for it.” For historical reasons, The Garret couldn’t have any signage — but that mystery only added to the appeal. Since opening in March 2014, it’s been difficult, to say the least, to find a spot at the reclaimed wood bar.

Hence, Fulton, along with his Den Hospitality partners Gavin Moseley and Kyle O’Brien, are opening a second location in the East Village. Dubbed The Garret East, this venue is not so secret — it opens to the street, and a giant raccoon is emblazoned on the awning (called Rocco, he’s the bar’s mascot).

“The through current is that they [both] feel like somebody’s home,” says Fulton. “It’s the same individual, they are well-traveled and well-read. It’s a place to hang out, have a good time and have good conversation.”

The back area of The Garret East features whitewashed brick, a Moroccan rug and vintage Vogue and Harper’s Bazaar magazines. Installations from New York artists like Bradley Theodore, Jimmy Thompson and Ari Hauben dot the space. The front wall is designed with repurposed mother-of-pearl, which offsets fabric light fixtures. All in all, it veers more feminine than the original Garret. “I think if you make a place that women feel comfortable in, it’s going to do well,” says Moseley.

Another thing that helps? A stiff drink. Beverage director Grant Wheeler focuses on cocktails that are “the stuff that people drink in mass, and thinking how can we elevate them a little bit. Maybe make them a little bit healthier or a little fresher. We’re using fresh juices, and there’s going to be a strong element of seasonality at play.” To wit, the “Detroit dance hall” is made with rum, beet juice and lime, and the “apricot bandanna” features gin, apricot, mustard seed aveze and egg whites.

The result is a bar that feels altogether comfortable. “When people come in to [The Garret East], we want them to say, ‘I wish this was my apartment,’” says Fulton. Adds Moseley: “So it feels like a house party when you’re here.”