Feast for the Eye: The General Opens on Bowery 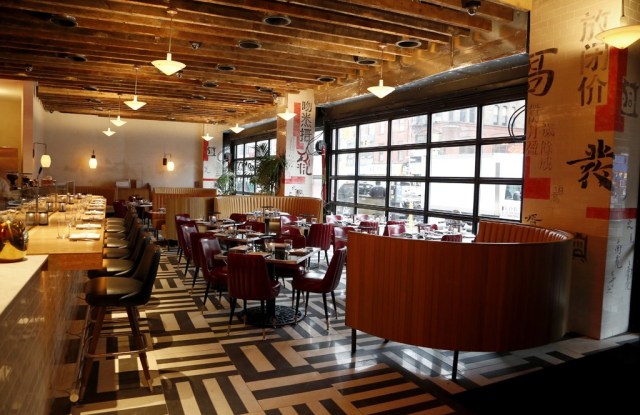 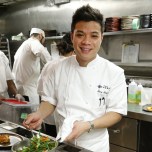 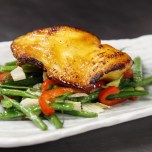 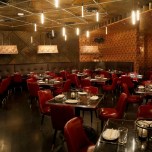 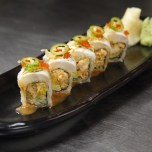 “We’re still putting the finishing touches on,” Eugene Remm explains while scooting aside for a construction worker who has a paint-spattered ladder hoisted over his shoulder. “It’s a process.”

Remm is idling by the bar of The General, the new eatery from EMM Group, the nightlife wunderkind duo of which Remm is half. His partner, Mark Birnbaum, is tapping away on his BlackBerry by the entrance doorway (the other “M” stands for Michael Hirtenstein, an entrepreneur who provides much of the backing but isn’t as involved creatively as Remm and Birnbaum). Though dinner service is due to commence in a couple of hours, the pair seem unfazed by the handful of burly laborers trudging around the space. This is sort of their thing.

The pair first made their mark in the club world with scene-y spots Tenjune and SL. Later they focused on food, opening Abe & Arthur’s, Lexington Brass and then Catch. With their roots in nightlife, it’s not surprising that nearly all of EMM’s major outposts have been in Manhattan’s Meatpacking District.

The General is a few blocks south and many east of their usual stomping grounds, on a quiet stretch of the Bowery, where Chinatown and the Lower East Side mesh together. The tract is prime for The General, which is focusing on upscale Asian fare.

Design firm Icrave outfitted the sprawling space: 4,000 square feet, accommodating 300 diners. A floor-to-ceiling glass-paneled garage door lines the storefront, overlooking the corner of Bowery and Spring Street. When weather permits, it opens out over the street as an overhang for outdoor dining. A generous marble wraparound bar is the focal point of the interior. In front of it, a bistro-style dining area circumscribed by whitewashed brick walls. Vintage pendant lights hover above, fastened to the exposed wood-beam ceilings. The back, and more formal, dining quarters gleam from walls wrapped in gold and crimson wallpaper. The furniture is midcentury modern, with mustard leather banquettes and studded wing-back chairs enveloping black Formica tables. Its vibe is ambiguously retro, “Mad Men” gone East.

The cuisine is also nebulous, in the best possible sense. Remm and Birnbaum enlisted Hung Huynh, their executive chef at Catch, to take the reins. Up-and-coming pastry chef Thiago Silva is behind the desserts. The menu spans the breadth of the Asian flavor profile, ranging from delicate, unfussy sushi rolls (spicy tuna with jalapeño salt and salsa verde) to small plates (Philly pepper-steak sticky buns; Vietnamese summer rolls; pork and cabbage pot stickers) to larger fare (a bourbon-miso sea bass served on a bed of green beans and napa cabbage). The dishes are meant to be shared and are served in an as-ready progression. Desserts — green tea doughnuts, cheesecake spring rolls, etc. — also riff on the theme.

Huynh, a “Top Chef” winner known for his knife skills and mastery of Asian cuisine, was initially none too keen on the new venture. “When we met with the other chefs we were interested in hiring, Hung would sit in on the tastings,” Birnbaum says. “He wasn’t happy with what he saw, so eventually he realized no one was going to do it the way he knew it should be.”

Huynh remembers it well. “Yeah, I didn’t want anything to do with it. I really wanted to focus on Catch,” he says. “But then again, I like to have a lot going on, so it works.”