The Killer Next Door

Molly Jong-Fast's latest novel, "The Social Climber's Handbook," is an "'American Psycho' for the Bergdorf's set." 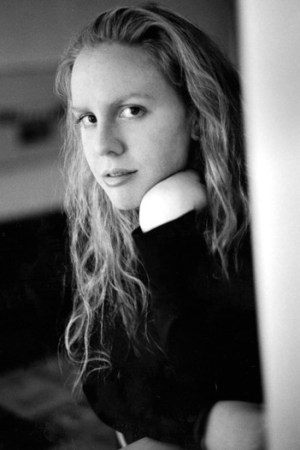 Within seconds of meeting Molly Jong-Fast it is evident that she is very devoted to being a very good mother. Before sitting down at Upper East Side restaurant Centolire on a recent afternoon to discuss her latest novel, “The Social Climber’s Handbook” (Villard, April 26) she places a call to her au pair. The three Jong-Fast tots, she reports, are happy, safe and waiting for snacks and hugs in her nearby apartment.

“My mother was not exactly the pick-up-your-kids-from-school type,” she laughs. “So I am very like that. Not quite a ‘Tiger Mom,’ but a very, very present mom. Probably an obsessed mom.”

Jong-Fast, 32, is the daughter of writer Jonathan Fast and feminist scribe Erica Jong. Her grandfather, Howard Fast, wrote the novel “Spartacus,” on which the 1960 film was based, among many other works. She allows that her pedigree — particularly in regard to her mother — has made her hyper-aware of her parenting.

“The legacy of the feminists was that they could take care of their work over their children, and that it was OK,” she explains. “But do I consider myself to be as well-parented as people who had stay-at-home moms? No way. So it’s important for me to be with my kids. I love my mom and we’re very close, but my mom and my grandfather, their legacies were about…they were very much self-obsessed…they were different.”

She orders an iced tea before concluding, “I’m more interested in other people.”

“I am very interested in violence,” she exclaims, drawing the interest of a few nearby eavesdroppers. Set during the financial tumult of 2008, “The Social Climber’s Handbook,” Jong-Fast’s third book, is a satire of New York financiers and their finicky Park Avenue wives. Her serial-killing protagonist, Daisy Greenbaum, has more than a few skeletons rattling around in her walk-in closet. One early review dubbed it an “‘American Psycho’ for the Bergdorf’s set.”

“I’m always shocked, living on the Upper East Side, at how much violence there is.” Jong-Fast explains. “I’m very good friends with this woman who’s mother, Linda Stein, was bludgeoned to death by her assistant. On Fifth Avenue! And the Kissel case? Feeding someone a drugged strawberry milkshake and then rolling them up in a rug.…”

Her grilled chicken Caesar salad arrives, and Jong-Fast drops the blood and gore to return to her upbringing.

That first book, “Normal Girl,” detailed the tailspin of a drugged-out Park Avenue princess with famous parents, including a stint in rehab. Jong-Fast acknowledges it was heavily autobiographical. (“My sobriety is important to me,” she says. “I’m more than happy to talk about it.”) Her second novel, “Girl [Maladjusted]” was a non-fiction exploration into her eccentric childhood. “The Social Climber’s Handbook” is a new page for Jong-Fast — a novel that isn’t centered on her own experience. Which isn’t to say her life didn’t factor in. The story was partly inspired by the sense of impending financial doom her husband, Matthew Greenfield, a managing partner at Stonework Capital, felt circa 2006 and 2007.

“I wanted to write about a woman taking matters into her own hands,” Jong-Fast shrugs, “a sort of victim of circumstance, gilded-cage type of thing.”

When asked whether she considers herself to be of the social sphere that she satirizes, Jong-Fast grins and lowers her silverware.

“I consider myself to not be of this set,” she says. “It’s funny. I grew up on the Upper East Side, on 91st between Park and Madison in a townhouse with a hot pink door, and it was all purple and pink and had paintings of people having lesbian sex. Honest to God. And my mother was, and is even to this day, mortifying!…We’d go to Bloomingdale’s and she’d be flipping through the racks shouting about how awful all the clothes were.”

The pairing of an outsider’s eye with an insider’s zip code has afforded Jong-Fast a certain perspective in her satire. At the same time she’s sending society up, she’s aiming to create characters readers care about.

“What’s amazing to me, though, that I see a lot, is like, Lisa Marie Falcone. People would be like,” she says adopting a tone of mock-incredulity, “‘No way. She travels up and down Madison Avenue in a bulletproof van? It cannot be. It is not possible.’”

She laughs into her iced tea.

And with that, Molly Jong-Fast, daughter of the woman who coined the term “the zipless f-ck,” slips out of Centolire and into the sunny Upper East Side afternoon, eager to get home to play with her kids.