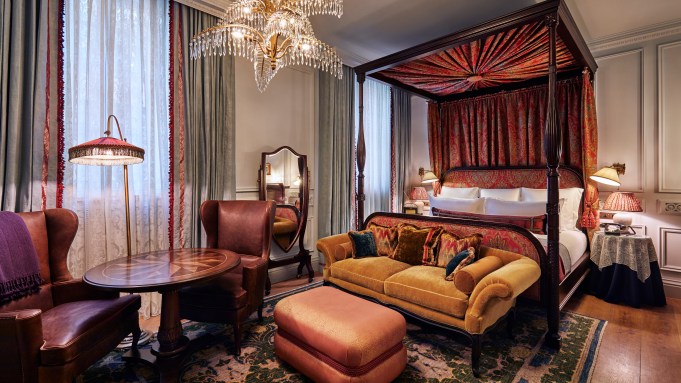 Andrew Zobler and Nick Jones are “banking” on their latest project to be a huge hit. The two hoteliers have teamed up for The Ned, a sprawling luxury hospitality concept located in the City of London’s former Midland Bank that combines a hotel, member’s club and a string of restaurants.

Zobler and Jones were connected by Ron Burkle, the hotel’s current owner and an investor in each of their respective companies — Zobler runs Sydell Group (whose other projects include the NoMad and The Line) and Jones is behind Soho House, which will be responsible for operations at The Ned.

“Zobler challenges me on all my creative decisions — he’s creative himself, very good on operations and brilliant at development. We got on like a house on fire,” Jones says by e-mail. “The Ned is a Twenties Grade-1 listed building so we wanted to embrace that. The look we’ve gone for is faded glamour — Twenties and Thirties transatlantic ocean liners was the starting point. Our designers Adam Greco, Alice Lund and Rebecca King trawled the bank’s archives to find out what the building looked like in its heyday, and we went from there.”

The building was originally built by famed English architect Sir Edwin “Ned” Lutyens in 1924, and has been fully restored and converted for hotel use. The 320,000-square-foot property features a massive footprint — each of the 11 floors are about 30,000 square feet — stocked with interesting architectural details, which the team largely kept intact.

“When the space was built, it was the largest clearing house bank in the world, with these really great vaults with these giant doors that were built in the Twenties, and some of the areas have these really cool, elaborate, elegant safe deposit boxes,” says Zobler, detailing the space. “I say if you have to fight an old building, you’re going to lose the building, it’s going to win. The building is understated and brilliant in detail so it was really easy to say, ‘Hey, let’s celebrate that,'” he continues. “We were able to use all of that square footage in a way that would enhance the guest experience.”

Amenities at The Ned include more than 250 guest rooms, women’s and men’s spas, a private member’s club, a gym, rooftop pool — as well as a pool located in an old vault — and nine restaurants throughout the expansive property. Basically, once you’re inside, you never have to leave.

“We took pains to make sure the project had a lot of intimate moments and was really broken down into a lot of spaces that were discreet, and no one space is all that vast,” Zobler says. “Although there are a lot or different things you can do, it’s not at the exclusion of being able to feel like you’re in a place that is comfortable and similar to the experience you would have at a smaller, more intimate property. We didn’t want it to feel like you were in this giant place.”

Despite the exclusivity that Soho House can represent, the team stresses that The Ned is, in fact, inclusive — at an elevated price point.

“I think there’s this culture at Soho House where they’re really going after the creative class, to some extent to the exclusion of the suits,” Zobler explains. “I think that here, sitting in the middle of the City [of London, the financial district], this is very much for business people in addition to creatives. The beauty of it is this coming together of business people and creative in one environment,” he continues, pointing out the demographics of The Ned’s club members pre-opening — a mix of residents living in the city versus West and East End, men and women, and various careers. “I think basically the idea is there are so many different offerings, that I think appeal to a lot of different people.” 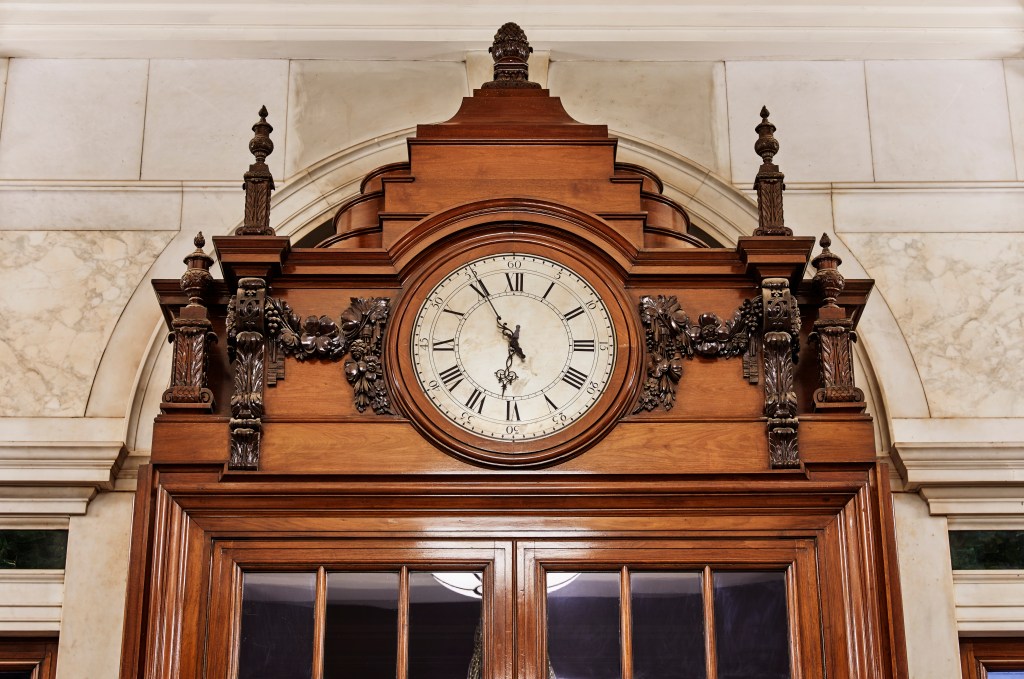