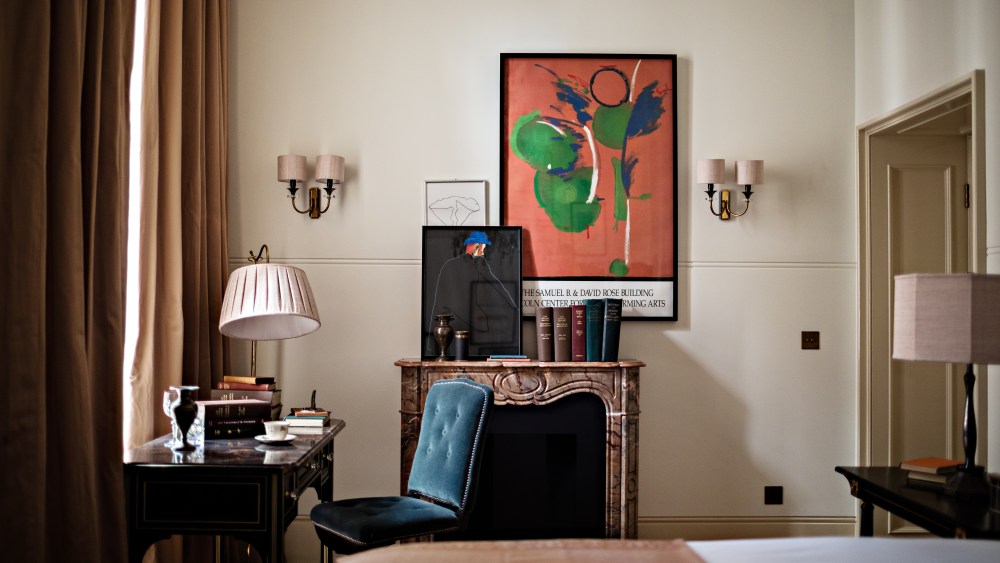 The NoMad has landed in London.

After opening in New York and expanding to the West Coast through locations in Las Vegas and Los Angeles, the boutique hotel brand has headed across the Atlantic. According to Sydell Group’s Andrew Zobler, it’s been a long time coming — and the group’s best work to date.

“We think it’s a natural place for NoMad and its sensibilities,” says Zobler. “And frankly, from the very beginning, our goal was to go to London. We searched high and low for exactly the right building, which I think we found.”

The fourth NoMad is located inside the former Bow Street Magistrates’ Court and Police Station in Covent Garden, a historic building located across the street from the Royal Opera House. The hotel marks the first European project for New York-based design firm Roman and Williams (and the first time the firm has lent its touch to the NoMad aesthetic). The interior design pays homage to English heritage while exploring the intersection of New York and London’s art scenes.

The Sydell Group opened The Ned, a massive five-star hotel and members club located in London’s former Midland Bank building, several years ago. But while The Ned goes for scale, the NoMad London leans into the appeal of refuge from the neighborhood’s bustle. With 91 rooms, the London location is the most intimate NoMad location.

“Having a residential feel is one of the central tenets of Nomad, so the 91 keys have allowed us to really dig deep into that residential experience,” says Zobler, adding that the London location also has a suite advantage over New York. “Here, we have a plethora of suites, and some of them are quite enormous. So that’s going to take the property to a whole other level.”

A central pillar of the NoMad experience is rooted in its elegant dining options. The hotel’s signature restaurant, The NoMad, is located inside a lush three-story atrium and riffs on the culinary link between New York and London. Several NoMad signature dishes have carried over, although the menu, crafted by executive chef Ashley Abodeely, taps into London’s dining sensibility and makes use of local purveyors and produce. The bar program is led by Pietro Collina, which includes Side Hustle, a British-style pub located inside the building’s former police station, and the hotel’s forthcoming late-night subterranean cocktail lounge Common Decency, slated to open next year.

The building’s original magistrates’ courtroom and ballroom will host private events. The hotel also leans into the building’s previous life as a courthouse and police station through the Bow Street Police Museum, which will host rotating exhibitions.

The blending of New York and London aesthetics is most prevalent in the hotel’s art curation. Weegee photographs from New York are mixed with vintage photos of the London theater and opera scene; Common Decency will be accented with Victorian drawings by Aubrey Beardsley. The London location makes use of abstract art, a first for the hotel brand.

“There’s a New York sensibility and a London sensibility, and they have a lot in common, but they’re not the same,” says Zobler. “How we blend those is the art of it — and that goes everywhere from the food to the art, to the overall guest experience.”