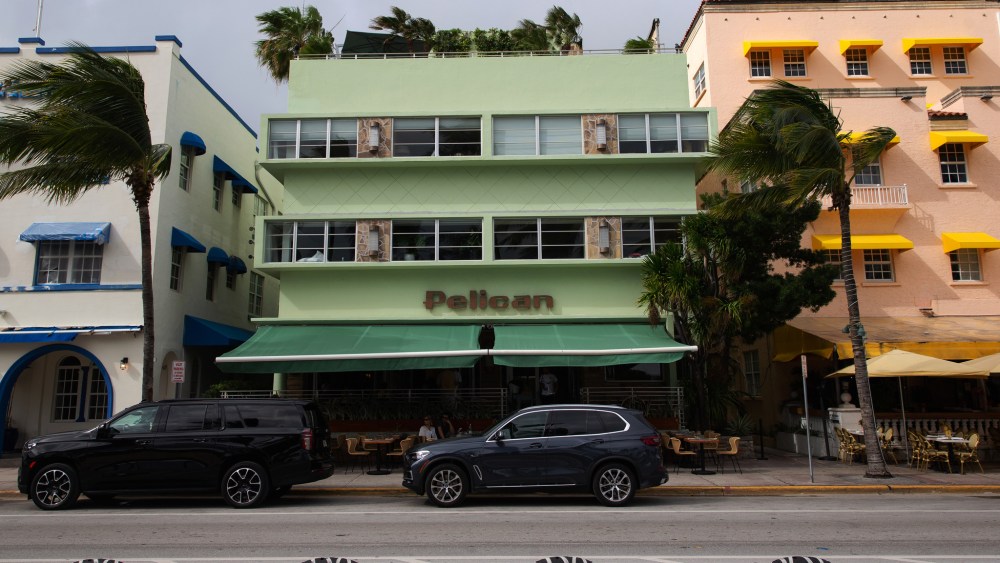 When Renzo Rosso bought the 1948-built Art Deco building on Miami’s Ocean Drive in 1990, his U.S.-based employees told him he was crazy.

“People were saying, ‘Why Miami?’ We have our subsidiary in New York for Diesel and my people were insulting me, saying ‘You’re stupid, you don’t understand Miami, it is the s–tiest town in the United States,’” Rosso says. “And I said, ‘Sorry, I love the place.'”

Rosso fell quickly for Miami and in particular, Ocean Drive.

“I came on this street and was in incredible shock. It was so beautiful, the Art Deco designs, but it was also a kind of incredible vibration,” he says. “At the time I met [Gianni] Versace and he was also in love [with Miami]. He bought his house around the same time.”

Rosso, the founder of Diesel, would spend the next several years working with Diesel’s design team (he didn’t have an architect at the time) to restore the building and eventually open The Pelican Hotel, a 32-room boutique hotel inside a historic Art Deco building in South Beach.

The Pelican became a staple not only for guests but also for fashion insiders.

“We used to have the Ford modeling agency in three rooms down on the first floor,” Rosso recalls. “The most beautiful women would be passing through the lobby — Naomi [Campbell], Helena Christensen.”

Now, The Pelican has undergone a two-year renovation under the helm of Rosso and his son, Andrea, and has reopened just in time for winter travels. The new Pelican still features 32 uniquely designed rooms (originally designed differently because when he asked his design team for ideas Rosso got back 32 different ones and gave one room to each), which have been updated with newly acquired antique furniture and pieces sourced around Miami.

“The concept was already there: The fact that every room has this vintage, secondhand feeling from the ’30s, ’40s, ’50s, ’60s, was amazing, because we went to the vintage market and we’d find all these things and put them all together,” Andrea says. “There’s something special in every room. We scouted all over here in Miami and also outside of Miami.”

Themes of the room vary from a Diesel denim “old glory” to a James Bond-inspired penthouse (where Rosso prefers to stay when in town, like this past week for Art Basel).

The restoration project was enough to make a Miami fan out of Andrea.

“Miami, I have to say, I was never a fan of,” he says. “I’ve been living in the U.S. in Los Angeles and New York so I didn’t come here for more than a week at a time. But after being here in January and February it was amazing because I saw Miami has completely changed. Music, culture, the whole design area, the fact that here you have a warmer climate but within it art and design mixing also with fashion is [amazing]. The Deco history, everything met in a very nice way here. New Yorkers always hated Miami, but in the end they’re here.”