The Perils of Celebrity Marketing 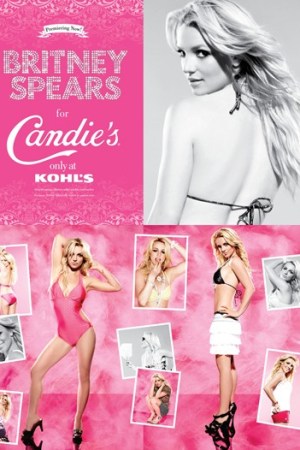 The ground under celebrity marketing can shift in a heartbeat.

The public’s appetite for scandal and 24/7 media fueled by people carrying digital cameras and messaging devices, make it trickier to successfully hitch commercial brands to a celebrity’s star.

Kate Moss was cut loose by fashion advertisers such as Burberry and H&M, after a photo in the London Daily Mirror in 2005 allegedly showed her doing lines of cocaine. But Moss’ mea culpa and rehab stint prompted a quick reembrace by the fashion industry.

Kellogg’s dropped Michael Phelps as an endorser of Corn Flakes and Frosted Flakes soon after the winner of eight gold medals at the 2008 Olympic Games was photographed allegedly using a bong and marijuana. But after a three-month suspension, he returned to competition this month with marketing partners like Warnaco Group’s Speedo still in the fold.

“Do we fear what could happen when we hire a celebrity? Sure,” acknowledged Neil Cole, chief executive officer of Iconix Brand Group, owner and licensor of brands such as Op, London Fog and Candie’s.

Bristol Palin, whose out-of-wedlock pregnancy stirred debate during the 2008 presidential campaign, was tapped this month by The Candie’s Foundation as 2009 spokeswoman for its annual campaign to prevent teen pregnancy. And Britney Spears, whose personal and professional difficulties are constant media fodder, is now the spokesmodel for Candie’s. She has resulted in “more than one billion media impressions and thousands of blogs, teen magazine and tabloid mentions day and night,” Cole said, citing data from media ratings agencies CisionPoint and Quantcast.

“You take the good with the bad,” Cole said of celebrity deals with figures such as Palin and Spears. “They have edge to them to create media excitement.”

With forces in play from YouTube videos to Twitter tweets to gossip run amok in the blogosphere or someone’s cell phone, experts said it is critical for marketers to assess the buzz about a public figure before any arrangement is struck and make closer matches between a brand’s DNA and an endorser’s equity.

“Every nanosecond of a celebrity’s life is on view for attribution,” said Nick Ragone, associate director in New York for Ketchum Public Relations, which encompasses a crisis management practice. “There are many more chances to be caught in a compromising position, so there’s more risk” in deals that rely on their persona.

These forces aren’t making for any pause in the action, though.

The Los Angeles Dodgers haven’t stopped marketing their suspended all-star, Manny Ramirez, featuring the offer of Ramirez-like, dreadlock wigs to a Manny bobblehead promotion July 22 at Dodger Stadium. He remains a promotional centerpiece despite Dodger chief executive officer Jamie McCourt’s “disappointment” after Ramirez was suspended for 50 games by Major League Baseball on May 7 after officials discovered that he had been prescribed a banned substance.

After using Woody Allen’s personal brand in a marketing campaign, American Apparel, which was built partly on the edgy themes of its ad campaigns, last week agreed to a $5 million settlement with Allen, who sued the company for using his image without his permission.

Allen said he hoped “this very large settlement will discourage American Apparel and others from doing this type of thing.”

Publicity worth millions of dollars since the brief appearance of the American Apparel ads in 2007, which portrayed Allen as a Hasidic Jew, will probably make up for the $5 million in damages to be paid by the fashion brand, observers including Popcorn said.

In addition, people trying to control the use of various images, like Allen, are increasingly being seen as the “bad guys,” said Robert Thompson, professor of popular culture at Syracuse University. “A lot of people feel the people who are the underdogs are the ones who keep using, copying, mashing up [content]. Woody Allen as a brand in the U.S. does not have the highest hugability. There are going to be those who say, ‘You go, American Apparel.’”

Taking a chance on an edgy celebrity can still be worth the risk, said Ketchum’s Ragone. “Bristol Palin is obviously big news, now — it’s cutting through the clutter,” Ragone said of Palin’s arrangement with The Candie’s Foundation. “They are inviting any interpretation people want.”

One question prompted by intensifying media exposure and public access to it, Ragone said, is whether celebrities will respond by “Curbing their behavior. Do they think twice before tripping that waiter or being seen with someone they shouldn’t be seen with?”

Pointing to the short memory of much of the public, Kiwa Iyobe, an independent trend analyst, said Moss’ notoriety hasn’t “hurt her ability to move merchandise at Topshop. Controversial images are the stuff of celebrity.”

This February marked the third consecutive year Moss has had an exclusive line at Topshop.

Assessing the status of Phelps’ personal brand, after two second-place finishes by the Olympic champion at the Charlotte UltraSwim this month, Glen Behar, a partner at Porter Novelli public relations, said: “I don’t think there’s been any lasting damage. He has so much personal equity. People don’t regard his alleged personal infraction as seriously as they would have 10 years ago.

“I understand where Kellogg’s is coming from, but it seems like something of an overreaction” to have dropped him, added Behar, who worked with soccer star David Beckham in Beckham’s former role as a Gillette spokesman.

Phelps “seems to be in far different league,” Behar said, than Michael Vick, the former star Atlanta Falcons quarterback convicted of helping to run a dog fighting ring, who is serving out the remaining two months of a prison sentence in home confinement and awaiting a decision on whether he will be allowed to resume his National Football League career.

The Humane Society of the United States has rejected Vick as a spokesman, but president and chief executive officer Wayne Pacelle said the organization would allow him to do community service work with HSUS.

What people will make of celebrity associations with products, services and events is difficult to assess. For instance, asked in a February survey by Brain Reserve whether “I think the obsession with celebrity culture today is damaging to our society,” 80 percent of respondents in a sample of 1,000 adults answered in the affirmative, suggesting that while most people say they disapprove, they are nonetheless caught up in the celebrity driven culture.

As Robert Passikoff, president of Brand Keys, observed in “The Certainty Principle” (Author House: December 2008), there’s no “guarantee” that even the brightest media personality will engage a consumer’s interest in a given brand. “Try coming up with three positive and leverageable values for Paris Hilton, the world’s most inexplicably famous woman,” Passikoff writes. “Or something for Michael Phelps that doesn’t have to do with swimming or water.”

Famous images that can be counted on in marketing campaigns are those such as Marilyn Monroe, James Dean, Jimi Hendrix — celebrities who died decades ago but who live on in popular culture, said Marian Salzman, chief marketing officer at Porter Novelli.

“There are no surprises,” Salzman said of such associations. “Most celebrities are accidents waiting to happen — the Michael Jackson phenomenon.”