Some places to check out slightly off the beaten path in Miami Beach. 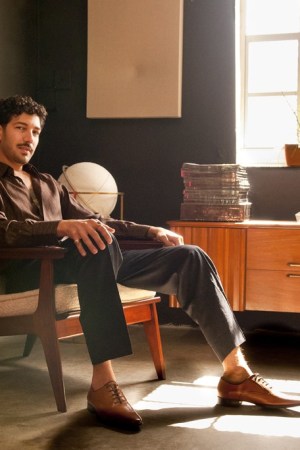 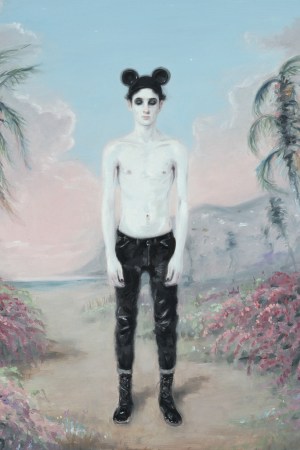 When Art Basel Miami Beach officially opens on Wednesday, the tendency will be to just hang around the Miami Beach Convention Center. Resist that. There’s energy to be found beyond those walls. Here, three local gallerists who’ve succeeded in rising above the fray, commanding the attention of both high-profile collectors and fashion brands.

This story first appeared in the December 1, 2014 issue of WWD. Subscribe Today.

Michael Jon Radziewicz’s first claim to fame was an audition video for “So You Think You Can Dance.” “My performance was featured in the opening credits’ ‘worst’ examples,” the 31-year-old says. Luckily, he developed a talent for visual art and opened his own gallery in the Design District in 2012; a year ago, he partnered with another art-school alum, Alan Gutierrez, 28, to open a bigger space in the historic Lemon City neighborhood. For the first time, they are the only Miami exhibitor — besides the veteran gallery Fredric Snitzer — on the main Art Basel slate.

BASEL AGENDA: In the Nova section, created for artists to show work made in the past three years, Radziewicz and Gutierrez are installing canvases of ink and wax and a large-scale sculpture in solid cast aluminum by the Los Angeles-based artist JPW3. At their gallery, Brooklynite Egan Frantz’s laser-etched granite works hang through January 17.

CAREER COUPS: JPW3’s large-scale installation, “Plain Jane Chain Gang,” valued at $14,000, sold to the family collection of the influential Don and Mera Rubell. “Work of that scale has increased considerably in value since he showed with us in January,” Gutierrez says.

FUTURE PLANS: Besides traveling to other fairs, including ARCOmadrid in February, to raise the profile of the gallery, Radziewicz and Gutierrez have also expanded with a seasonal gallery in Detroit to keep the heating bills down. “It parallels Miami in that both cities won’t be recognizable in mere decades,” Gutierrez says.

With his chest-sized owl tattoo peeking from behind vintage silk shirts, Anthony Spinello, 31, cuts a colorful profile even by the standards of the Miami art scene. He opened a gallery in his apartment in the then-nascent Wynwood neighborhood, and has thrived in the intervening 10 years, attracting the fashion world, including Ben Sherman, which featured him in its spring 2012 ad campaign. The association stirred his appetite for fashion. “I’ve always wanted to start my own label,” he says.

BASEL AGENDA: Gucci is kicking off its presentation of “Smell The Magic,” an exhibit by Toronto-based artist Kris Knight, with a party tonight at a Spinello pop-up in the Design District (95 Northeast 40th Street, Miami). Knight inspired the fall 2014 collection and collaborated with the brand on a floral print for the 2015 resort collection. “Auto Body” (1750 Bay Road, Miami Beach), features video and performance art by 33 women. “I take my hosting duties for the city seriously, so it’s important to create exciting events in interesting spaces to show out-of-towners the real Miami,” Spinello says.

FUTURE PLANS: After finding success with Typoe, known for his clever skull sculptures, his new star attraction is Israeli artist Naama Tsabar, who returns to New York after performing at Frieze with a four-day installation in December at the Solomon R. Guggenheim Museum.

David Castillo, 40, moved to Miami from Madrid as an infant and never looked back. He’s left his adopted hometown only to study at Yale and at the prestigious Angelicum in Rome. “I never stayed here for lucrative business opportunities but to watch the city grow,” he says. This fall, the Wynwood pioneer did the unexpected by relocating his decade-old gallery to the even-more commercial Lincoln Road in South Beach, where his neighbors are tourist traps like SushiSamba. Besides being closer to his clients, he swoons for his new Art Deco digs.

BASEL AGENDA: Tonight, his pop-up exhibit opens in Santo (430 Lincoln Road), a former nightclub downstairs from his gallery. Installed amid its bars and DJ booth are solo projects by several of his artists, including New York-based Sanford Biggers and young filmmaker Jillian Mayer, who directed a music video for the Miami band Jacuzzi Boys. Upstairs, the Puerto Rico-raised artist José Lerma puts a personal spin on Ponce de León’s failed quest for the fountain of youth with a solo show of paintings that sometimes use unconventional materials, like children’s clay.

FUTURE PLANS: Three-quarters of Castillo’s 18 artists, including Shinique Smith and Simmons, have solo shows at museums in 2014 or 2015 — Kate Gilmore has a whopping eight, and the Museum of Modern Art’s photography department visited Lyle Ashton Harris’ studio this fall. In May, he’ll be the only Florida gallery at Frieze New York.