Feast for the Eye: Comfort Food in Harlem 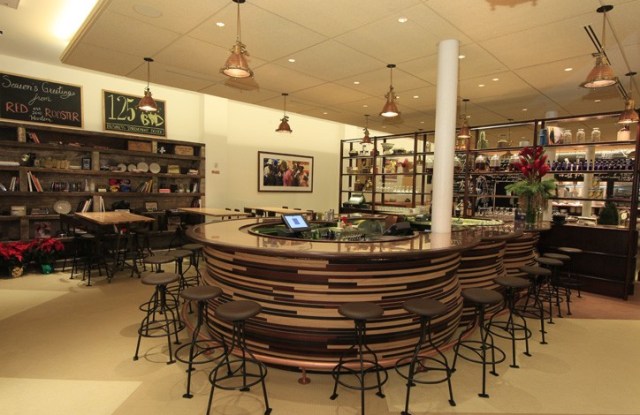 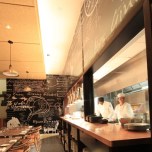 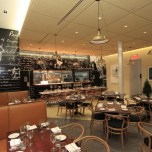 Upper West Siders will trek to Bushwick for Italian at Roman’s. West Villagers will cross the dividing borders to indulge at Momofuku. And if Marcus Samuelsson has his way, locals and visitors alike will make the easy journey up to Lenox Avenue and 125th Street for comfort food, carefully crafted cocktails and warm hospitality at his latest venture, Red Rooster Harlem, opening this week.

This story first appeared in the December 14, 2010 issue of WWD. Subscribe Today.

The journey he’s offering them is something of a time trip. Taking its name from the famed Forties Harlem Red Rooster joint, frequented by the likes of Nat King Cole and James Baldwin, Samuelsson, who lives in the neighborhood, looked to encapsulate both the area’s storied history and its current, growing vibrancy in his cafe-style boîte.

“If you’re going to touch Harlem, you have responsibilities to create something that looks three ways: back, current and forward,” explains Samuelsson. “It starts with, ‘Hey, hang out. And no dress code. Come, come as you are. If you want to dress up, perfect, we welcome that.’ It’s celebrating individuality.”

LOCATION: Right near the 125th Street stop on the 2 and 3 trains, Red Rooster is a block away from the Museum of Harlem and the Apollo Theater. Stalwarts Sylvia’s and Lenox Lounge are just around the corner.

ATMOSPHERE: All amber, cream, burgundy and brown tones, the expansive space captures the color palette of the surrounding buildings. An undulating, curvy mahogany, white oak and copper-top 20-seat bar greets guests, who can choose to settle there or stand at one of the high-top communal tables. A walnut vestibule mirror reclaimed from a local brownstone anchors the hostess area, while Bisazza glass tiles add a luxurious touch to the floor. The 76-seat dining room is comprised of caramel leather banquettes trimmed with climbing rope piping; nonuniform freestanding tables, and an open kitchen framed by a black and white graphic wall design mixing motifs with food recipes. Works by a host of revolving artists such as Kara Walker, Ming Smith, Lauren Finn, Sanford Biggers and Lorna Simpson adorn the walls.

FOOD: Samuelsson describes his cuisine as “the journey of American comfort food through my eyes and the eyes of Harlem.” Translation? Everything from shrimp ‘n’ grits and fried chicken, to Helga’s Swedish meatballs (Samuelsson’s grandmother’s recipe) and tuna and hamachi tacos, overseen by executive chef Andrea Bergquist. Red Rooster will start off serving dinner only, and later expand to an all-day menu from breakfast and brunch, to late-night offerings.

DRINKS: Looking to the original Red Rooster’s cocktail legacy, there will be specialty bourbon and whisky-based cocktails, artisanal domestic beers and a carefully edited wine list. A selection of house-infused bourbon rounds out the group.

EXTRA CREDIT: Samuelsson is putting the finishing touches on a downstairs lounge, to open after the new year, with a separate bar, live performances and a mix of modern and vintage furnishings to keep the evening going. An enclosed downstairs space will be available for private parties.