Short Takes: ‘The Root’ Podcast Series Launches Ahead of NYFW

“The Root” podcast is decolonizing the sustainable fashion agenda.

The Root podcast is a five-part series, hosted by Dominique Drakeford.

“The Root” podcast is decolonizing the sustainable fashion agenda, one listener at a time.

With New York Fashion Week officially kicking off this weekend, the show aims to equitably spotlight “the voices, knowledge and labor of Black and Brown Indigenous People of Color,” in a moment when fashion once again is occupying the cultural spotlight.

The five-part series is co-produced by Dominique Drakeford, founder of Melanin and Sustainable Style blog and cofounder of Sustainable Brooklyn, and Kestrel Jenkins, host of Conscious Chatter, an audio platform centered on clothing and inclusivity.

Drakeford describes the podcast as “not your typical toxic sustainability conversation,” going further to explain that: “This project is called ‘The Root’ because for the first time we’re not only getting to the root of the fashion system but un-earthing how the so-called sustainable fashion movement has been a poisonous derivative of that [white patriarchal] infrastructure.”

As host of the series, Drakeford will unpack the interconnections of race relations and cultural context within the fashion industry with over a dozen BIPOC experts and thought leaders like Blair Imani, Rachel Ricketts, Ericka Hart, Remake founder Ayesha Barenblat and Miko Underwood, founder of Harlem’s first sustainable denim brand Oak & Acorn, among many others.

The racial reckoning Drakeford alludes to is needfully proliferating across sustainability spaces, marked by the recent emergence of platforms like Intersectional Environmentalist, founded by activist Leah Thomas, of which upcoming “The Root” guest Aditi Mayer is also a council member.

Conscious Chatter’s Jenkins echoed Drakeford: “The sustainable fashion conversation is notorious for being dominated by white women, who have stolen the philosophies of indigenous thought and action, repackaged them for white consumption, and left out the voices of BIPOC — and I am part of this problem,” adding how with her platform she is dedicated to passing the mic to such leaders.

The first episode, “Racism as a System,” which aired last week, featured guests Nikki Sanchez and Lisa Betty, both scholars and academic activists, who spoke on the importance of dismantling colonial systems and reclaiming the fullness of Native American and Afro-Indigenous history, at large.

Upcoming episodes will explore privilege, racism within fashion and the future of fashion, including a “framework for solutions within the movement,” as Drakeford said.

Corporate partners of the series include Fibershed, Levi’s, Nisolo, Mate and Red Carpet Green Dress, which allows compensation for guests and musical performer Mel Chanté, who wrote and performed the music for the episodes.

Episodes are available on Conscious Chatter, Spotify and iTunes. 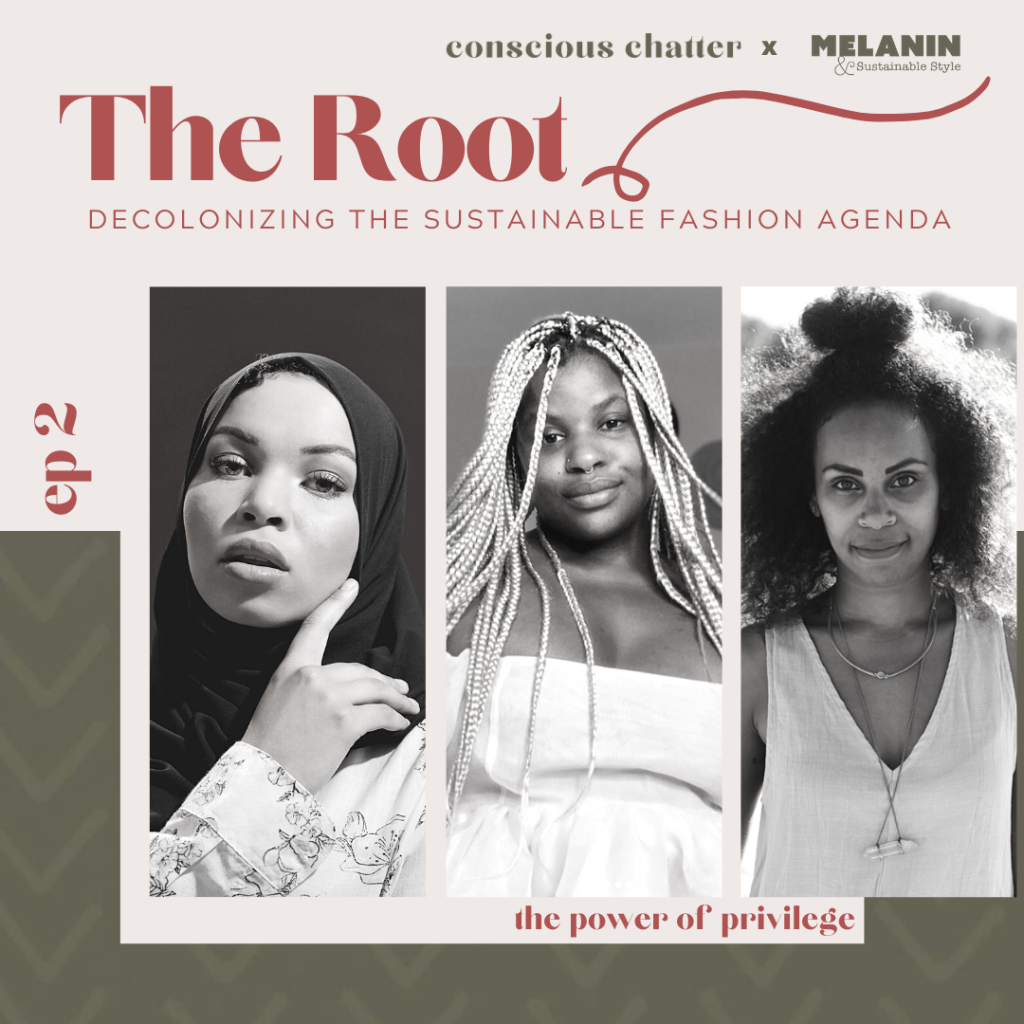 Short Takes: The Future of Fashion in Three Words