The latest hot spots for the down time — and where to eat outside when (or if) the sun shines — during the upcoming men’s shows.

By Julia Neel and William de Martigny on May 30, 2013
View Slideshow 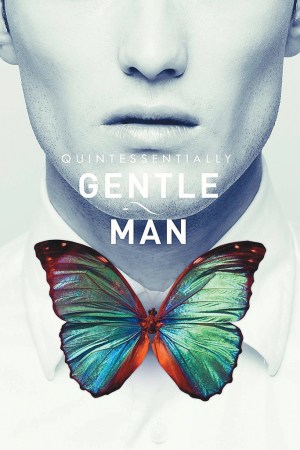 The latest hot spots for the down time — and where to eat outside when (or if) the sun shines — during the upcoming men’s shows.

Featuring some exquisite photography, “Quintessentially Gentleman: The Modern Man’s Guide to Dressing, Etiquette and Everything in Between,” from London lifestyle company Quintessentially, is a guide to the 21st century gentleman’s wardrobe. Snatch a moment between shows to learn more about the heritage and inspiration behind some of the world’s most famous brands, whether one can wear a double-breasted suit in summer and — dapper Italians should look away now — whether it’s ever acceptable to wear brown shoes. Enlightenment starts here.

RELATED STORY: Men’s Wear Designer Inspirations, Back to the Future >>

UP IN THE AIR

Bored with the bourgeois homogeneity of so many central London hotels? Then A Room for London atop the Queen Elizabeth Hall on the Southbank might do the trick. With commanding views of St Paul’s Cathedral, this whimsical, temporary hotel room was dreamed up by David Kohn Architects in collaboration with artist Fiona Banner. It resembles a boat washed up by a freak tide on the Thames and has proven a poetic addition to the Southbank skyline. While it may be lofty and conceptual, it’s a surprisingly cozy space. A night in the quirky room will cost 300 pounds, or $454 at current exchange, for up to two people and will be sold via ballots on a regular basis throughout the year.

Around the world and back to Mayfair! Novelist Jules Verne’s famous adventurer, Phileas Fogg, is the inspiration for the Mr Fogg’s bar, which has been modeled on the house where he might have lived after his travels in “Around the World in Eighty Days.” Under the stewardship of Mark Jenner, formerly bar manager of The Coburg Bar at The Connaught, Mr Fogg’s is an off-the-wall conception where guests can encounter the wonders of the world through drink. The menu is an interpretation of Victorian cocktail culture, with many classics from the era revived with a modern twist. Gin fizzes, grogs, sazeracs and pousse-cafés sit alongside drinks straight out of the pages of Jules Verne’s novel. Red Indian’s Head anyone?

For the English, tea is a way of life, so it’s no surprise that the New York restaurant Balthazar — which opened here earlier this year — is getting down with local habits.

Régis Beauregard, head pastry chef at Balthazar, previously spent a decade building up the afternoon tea business at The Ritz, and he does not disappoint. Rose water macarons, delicious tarts, spice cake and freshly baked scones are all on the menu at this cross-cultural, Covent Garden haunt.

In the history of fashion photography, Erwin Blumenfeld was one of the highest-paid notables, working among contemporaries such as Cecil Beaton, Irving Penn and William Klein. But since his death in 1969, he has been largely forgotten. “Blumenfeld Studio: New York, 1941-1960” is an exhibition at Somerset House marking his long overdue return to the international spotlight. It features a selection of more than 100 of his color portraits, a fraction of the archives from his Central Park studio in New York. Whether a cover for American Vogue or the multiple, slow-exposure images of models for which he was known, each image draws the eye to his composition, and his technical virtuosity.

The Queen’s Gallery at Buckingham Palace is exploring the sartorial — and accessory — choices of royals of days past in a show that features piles of gold embroidery and embellishment and looks closely at codpieces and pearl earrings — for men and women. “In Fine Style: The Art of Tudor and Stuart Fashion” showcases prints, drawings and portraits of royals, courtiers and wealthy gentry of the 16th and 17th centuries, and puts modern-day airbrushing and physical enhancement into a historical context.
“Fashion was hugely important to court life and entry to the inner circle was largely driven by personal appearance,” said exhibition curator Anna Reynolds of Royal Collection Trust. “The rich and powerful were the trend-setters of the age and used clothing to send out messages about their taste and status.”

NEXT: Dining Out in London >>

DINING OUT IN LONDON

Admittedly, committing to an outside table in London, even at the height of “summer,” is a gamble. That said, if you like your odds, a handful of new openings in the capital are worth taking your chances with the frequently inclement weather.

Under a railway line in ever-hip Haggerston/Hoxton, Beagle has a daily changing menu from James Ferguson (ex-Rochelle Canteen) and a spacious outdoor terrace on a pedestrian-only thoroughfare.

At Bird of Smithfield, Alan Bird — who was at The Ivy for more than 15 years — has five floors of fun and food, including a terrace on which to enjoy his passion for British ingredients.

Take a pew under the outside awning at newly opened hotel and restaurant One Leicester Street and share some of chef Tom Harris’ small and larger plates of British fare that change daily.

In the regenerating area surrounding the new Central Saint Martins Campus in Kings Cross, Shrimpy’s Deluxe Dinette & Terrace has all-day outside dining during the summer months; wash down a tuna tostada or a soft shell crab burger with a frozen margarita or Pisco sour.

From the folks behind Lardo, the hugely popular pizzeria nearby, Coppa sits atop a rooftop overlooking London Fields and serves food inspired by travels to Naples in wooden cabanas (which are blessedly bookable), or on deck chairs — but it’s only open on weekends.

The Rooftop at Boundary has been weatherproofed, so if (when) it starts to rain, you won’t have to abandon your shared plates of Mediterranean tapas or glass of Pimms.

It’s been open since last year but Sushi Samba’s open-air bar on the 38th floor of the Heron Tower, under the spreading leaves of a magnificent orange tree, is still the best place to look out over London’s skyline with a cocktail in hand. —Julia Neel