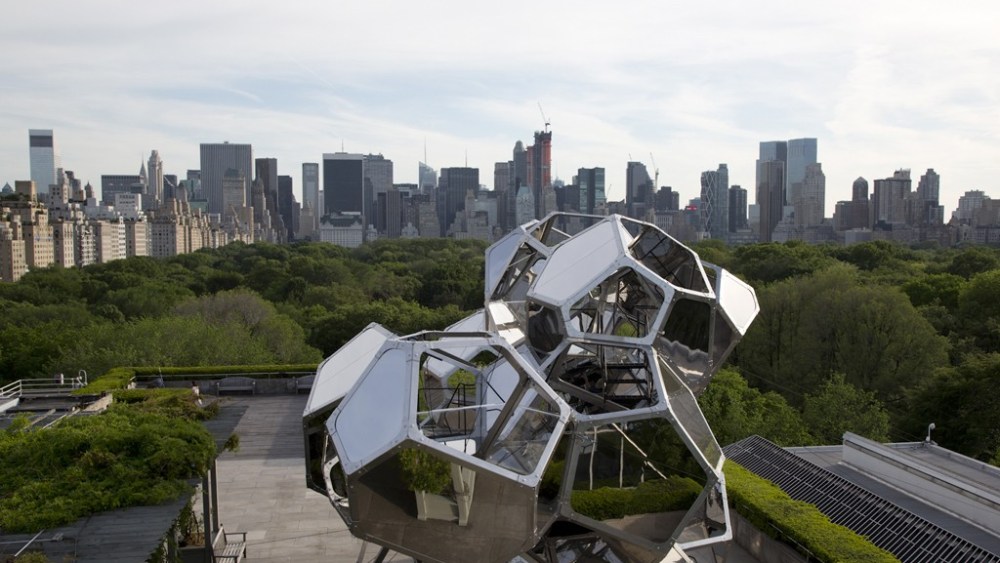 Summering in the city doesn’t have to mean spending hours in air-conditioned captivity. From the Hudson River to the New York Botanical Garden, there are a bundle of events and outings in and around Manhattan this month that will offer a break and a blast of fresh air from the trade-show circuit. Here, a sampling of cultural, recreational and energy-boosting indulgences.

A few floors below, museumgoers can pass through Ellsworth Kelly’s seldom-seen botanical prints. Just a couple of blocks north, Rineke Dijkstra’s beach portraits and other photos and videos are on display at the Guggenheim Museum. The Dutch artist will be at the museum July 17 to talk shop. In the Frank Lloyd Wright-designed rotunda, patrons can listen to music from Earle Brown, John Cage and other Fifties composers while viewing works from the likes of Louise Bourgeois, Alexander Calder, Jackson Pollock and more in “Art of Another Kind: International Abstraction and the Guggenheim, 1949-1960.”

Fans of the Austrian artist Heinrich Kuehn can find shows of his work at the Neue Galerie, the Howard Greenberg Gallery and Hans P. Kraus Jr. Fine Photographs. The latter, which is up until July 20, illustrates how Kuehn strove to create photography that would be accepted as fine art. It also features the work of Edward Steichen and Alfred Stieglitz, who met in 1900 and joined forces to promote a new kind of art photography.

The New Museum will unveil “Ghosts in the Machine,” an exhibition that explores the shifting relationships between technology, people and art on July 18. Richard Hamilton’s 1955 “Man, Machine and Motion,” on view in New York for the first time, will be among the featured work from 70 artists, writers and visionaries. Guests can also check out “Pictures from the Moon,” which showcases images from such artists as Chuck Close, Bruce Nauman, Ed Ruscha and James Turrell.

In the Dark of Night

Performing in New York for the first time since 1996, the Paris Opera Ballet will call Lincoln Center home from Wednesday through July 22. Another hot ticket will be the Spike Lee-directed “Mike Tyson: Undisputed Truth,” which opens a limited run on Broadway on July 31. Starting July 25, Shakespeare in the Park fans need only to stand in line outside the Delacorte Theater, or at rotating designated spots in the city, to claim a free pair of tickets to see Amy Adams in “Into the Woods.” Another al fresco happening is set for Saturday at the New York Botanical Garden, where the poetry of Baudelaire will be read amid the Monet’s Garden exhibition. The event is the start of a six-part series hosted by the Poetry Society of America. Less cerebral will be the ale-inspired talk and tasting at the New York Historical Society that celebrates “Beer Here: Brewing New York’s History,” which runs through Sept. 2.

Revelers at Cheryl, a popular electro and disco dance party with Brooklynites, will want to see “Cheryl: On the Waterfront,” July 15. The group’s first outdoor party will be held at Pier 16 as part of the River to River Festival.

In honor of Bastille Day, the Guerlain Spa at the Waldorf-Astoria Hotel is offering French manicures, a Tour de France sports massage and an Orchidée Impériale facial. Relief from the heat can be found at the TriBeCa Spa of Tranquility, where cryotherapy massage aims to increase blood flow and loosen the kinks. A few blocks away, the newly opened Aire Ancient Baths offer thermal baths in 50-degree to 102-degree waters. Many visitors opt for a long soak listening to the underwater sound system or combine their water treatment with a four-handed massage.

Skin care guru David Colbert is giving boosts of vitamin C via the Triad facial that combines a microderm scrub, peel and laser toning. Another specialist, Adam Kolker, customizes facials with an array of masks and peels in his Upper East Side enclave. Those looking for a swifter summer pick-me-up should make their way to Sharon Dorram Color at Sally Hershberger. Seven minutes is all makeup-artist-turned-brow-expert Robyn Cosio needs to create model-worthy eyebrows. Having handled backstage makeup for Donna Karan and Calvin Klein, Cosio sends each client home with a photo so they can do their own upkeep. The bicoastal Cosio, whose celebrity clients included Kate Bosworth and Nicole Kidman, will be in New York from July 16 to 20. Cosio said, “It’s instant gratification or, as my book publisher said, ‘A five minute facelift.’”

Pull Up a Chair

Pod 39’s rooftop terrace serves up cocktails and sweeping views of the Chrysler Building and the Empire State Building. Over at The Standard Plaza in the Meatpacking District, hotelier André Balazs has tapped Seamus Mullen to be chef-in-residence. His southern Mediterranean dishes are being cooked up on the Plaza in a wood-fired oven and a charcoal grill. Another new haunt is Kingston Hall, which sports a rum-heavy drink menu with such libations as Sucker Punch and Sky Fall. In between rounds, patrons can shoot some pool in the clubby room that is meant to be the kind of Jamaican bar that James Bond creator Ian Fleming would have loved. Other newcomers are Blue Ribbon Sushi Izakaya at 187 Orchard Street, Michael White’s pizzeria Nicoletta at 160 Second Avenue and Rawlicious at 249 Centre Street.

After lunch or dinner, homemade ice cream can be had at Je & Jo in Hell’s Kitchen or via the company’s roaming tricycle vendors. Owners Jennifer Welser and Jonathan Baker zest the lemon, scrape the vanilla beans, crush the lavender and all the rest for each of their organic cookie dough flavors. All Je & Jo baked goods are made on the premises, as is the Grumpy coffee, but most customers lean toward the higher caloric. “Our morning muffin is the healthiest thing we make, but no one wants that,” Welser said.