Capturing ‘The Spirit of Bentley’ Across the U.K. 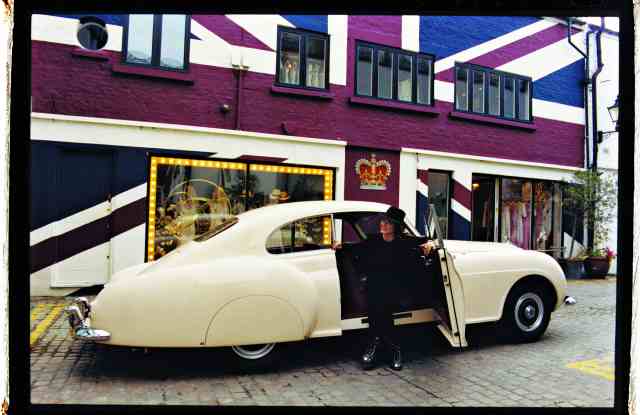 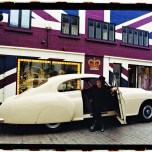 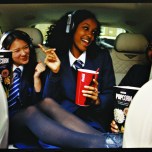 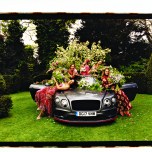 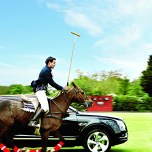 “With Bentley you can go anywhere and meet anyone,” offers photographer Aline Coquelle of the luxury British automaker.

With “The Spirit of Bentley: Be Extraordinary,” Assouline’s latest pictorial tome, the Parisian Coquelle aimed at capturing the adventurous attitude and opulent lifestyle of Bentley’s most creative owners and enthusiasts throughout the U.K.

While the 292-page hardcover ($195) depicts the fine craftsmanship inherent to the nearly century-old carmaker with a section devoted to showcasing its team of skilled artisans, it’s a long list of colorful owners from Pink Floyd drummer Nick Mason to designer Alice Temperley that give the book — and the auto brand — its heart.

“I wanted to show that extravagant way of life [by] including the car in the photo as an actor, as part of the family,” adds Coquelle of her vibrant images, which were all shot on a vintage 35mm Nikon camera. “We had to find the humanity behind the car.”

Bentley owners were shot in locations of special meaning to each of them, which was integral to the book’s concept according to Assouline’s editor in chief Esther Kremer. “It was important to show these extraordinary individuals in the way they live,” she explains. “There is a lot of emotion that goes along with owning or driving a Bentley.”

To illustrate this point, Coquelle — along with contributing photographers Laziz Hamani and Harald Gottschalk — captured brand enthusiasts including retail entrepreneur Harold Tillman and furniture maker David Linley on the streets of their London neighborhoods. In fact Linley, who is also known as The Earl of Snowdon, comes from a long line of Bentley devotees — his aunt, Queen Elizabeth II, has continually kept models of the handmade brand among her fleet of official vehicles.

Taking to the English countryside to capture the lavish vehicles and owners was equally important to Coquelle. “Bentley is working on ecological production,” says the nomadic artist of the automaker’s sole factor in Crewe, England. “You have to include the landscapes and be part of the environment.”

“This car can be used to travel and go beyond you, to break the rules, to break the limits,” continues Coquelle, whose next project with Assouline will take her on a journey to the exotic shores of Zanzibar. “You can meet a prince or a king or you can stop in any small village.”

Despite the exclusivity of Bentley’s price point, Coquelle — whose educational background is in art history and anthropology — says her aim was to present the brand’s aspirational identity in a way that could be enjoyed by all. “We [included images] of teenagers and young people surfing [along the coast in Devon],” she says. “It’s not only a social class who can buy this car. If you dream, you can do it all in life.”