The Stonewall Riots’ Effect, 50 Years On

"Nobody Promised You Tomorrow" features 28 artists born after 1969; their works look at what revolt means for the next generation.

Amaryllis DeJesus Moleski's "Instructions for Freedom" will be on display at the Brooklyn Museum's "Nobody Promised You Tomorrow: Art 50 Years After Stonewall" exhibit.

Courtesy of the Brooklyn Museum

To decide which 28 artists would be included in the Brooklyn Museum exhibit “Nobody Promised You Tomorrow: Art 50 Years After Stonewall” five co-curators conducted studio visits.

A studio visit certainly isn’t out of the ordinary for curators looking to get to know artists. But the conversations Margo Cohen Ristorucci, Lindsay C. Harris, Carmen Hermo, Allie Rickard and Lauren Zelaya had with the young creatives during those drop-ins helped them shape this wide-ranging project — which bows at the museum on May 3 — into one cohesive story.

During these appointments (which sometimes took place over FaceTime or Skype), the curators discussed with artists the concept they’d come up with for the exhibit, which showcases the work of artists born after the 1969 riots at the Stonewall Inn — and the effects these events have on the generations that followed. 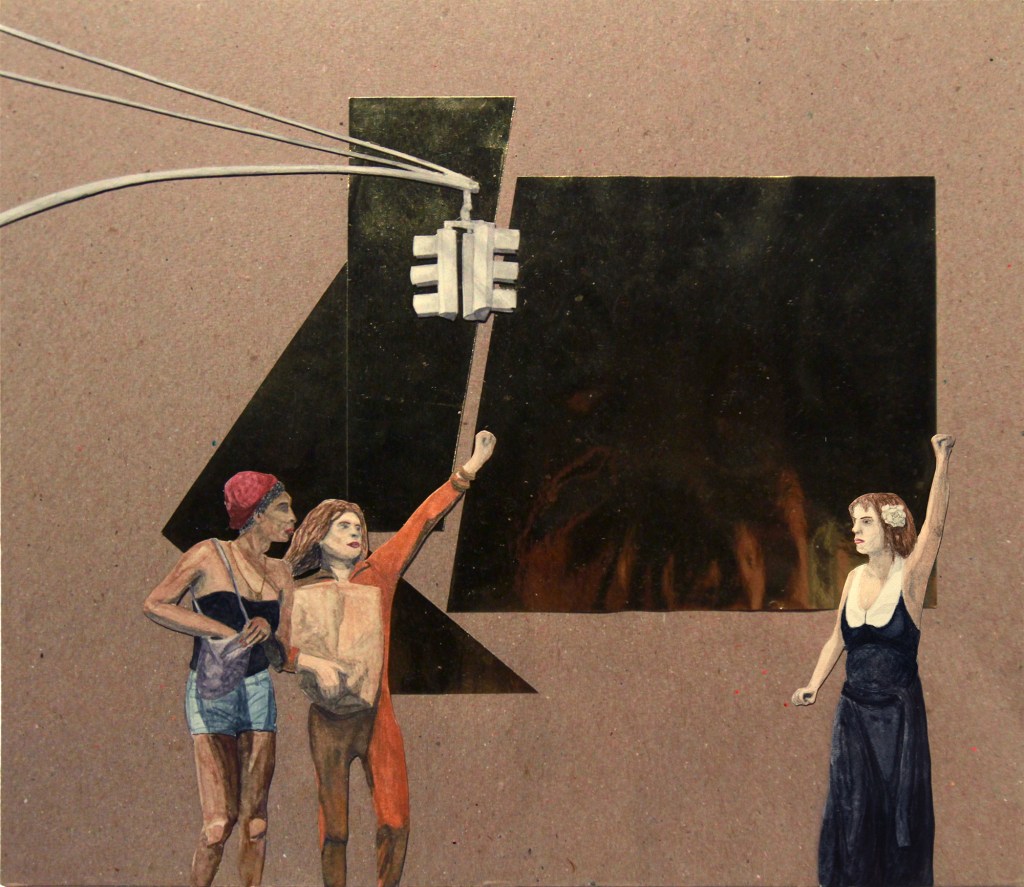 They talked for hours about the show’s four themes: revolt, heritage, desire and care. According to Zelaya, the acting director for public programming at the museum, they hashed out how the artists could contribute to the exhibition, whether through commissioned pieces or with works they’d already created.

“That’s when a lot of light bulbs went off for some of the artists,” Zelaya says. “They were like, ‘This reminded me of a project I put aside for a while that now, I have an impetus to go back to.’”

Zelaya’s goal as a curator is to amplify voices and stories in the LGBTQ community that might not have a space in traditional institutions. That ethos falls in line with some of the topics touched on during the studio visits. How the history of Stonewall has historically been told through a white, cis male lens — when the truth is, trans people of color played a significant part in the revolt. 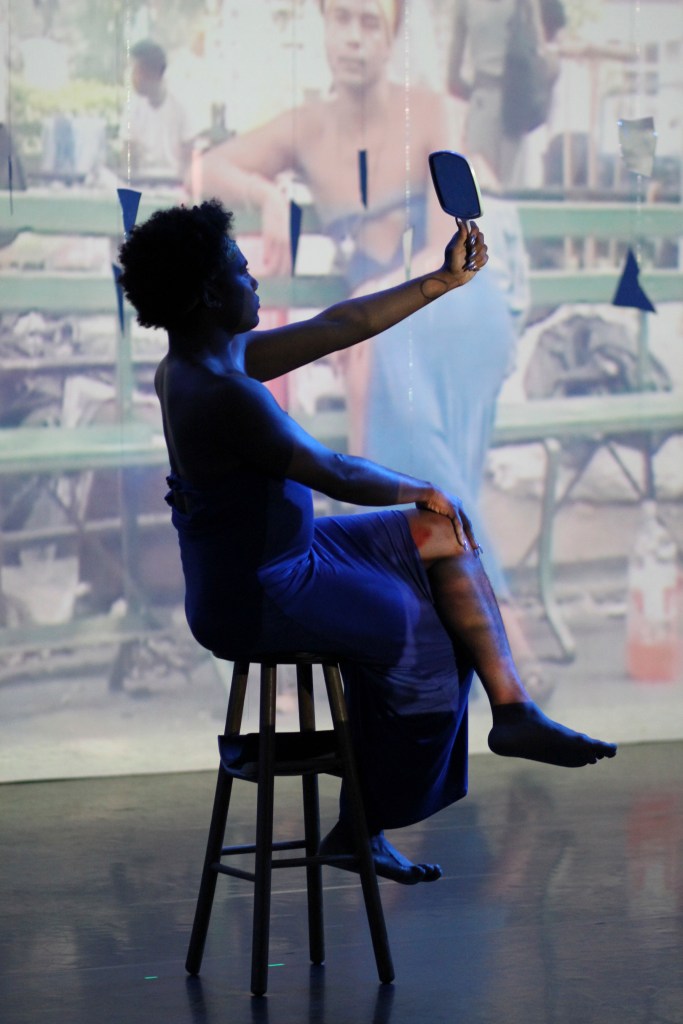 “[The history as we know it] doesn’t acknowledge the messiness, discomfort and violence that was happening toward LGBTQ-identified people at the time, particularly trans women of color,” Zelaya explains. “A lot of the history has been whitewashed over time, so we specifically chose to engage with artists who are interrogating that history — whether it’s in a critical way or paying homage to the people who were present at the moment of the riots.”

“Nobody Promised You Tomorrow” features works from artists including Felipe Baeza, Juliana Huxtable, LJ Roberts, Tourmaline and Sasha Wortzel. The pieces are in a mix of mediums: paintings, photography, sculptures, performances and video work — plus a zine called “Amigxs” from Camilo Godoy. There’s a section of the exhibition called “Our House,” which offers more materials on the historical aspect of the Stonewall riots. This resource room holds books, articles and some recordings of interviews with Stonewall veterans, so interested minds can dig in more.

But when Zelaya and the four other curators sat down to brainstorm the details of the exhibit a year and a half ago, they knew they didn’t want to focus too much on the historical aspect of the event. They’re not historians, Zelaya says. Instead, they leaned into their respective expertise, and brought in work from a generation of queer artists after Stonewall living in and around New York.

“We’re calling it a constellation of artists — because it by no means is representative of all queer artistic production in New York City,” Zelaya said. “But I had a lot of people in mind who I knew were engaging with the themes of the historic moment of Stonewall, so that was my entry point.” 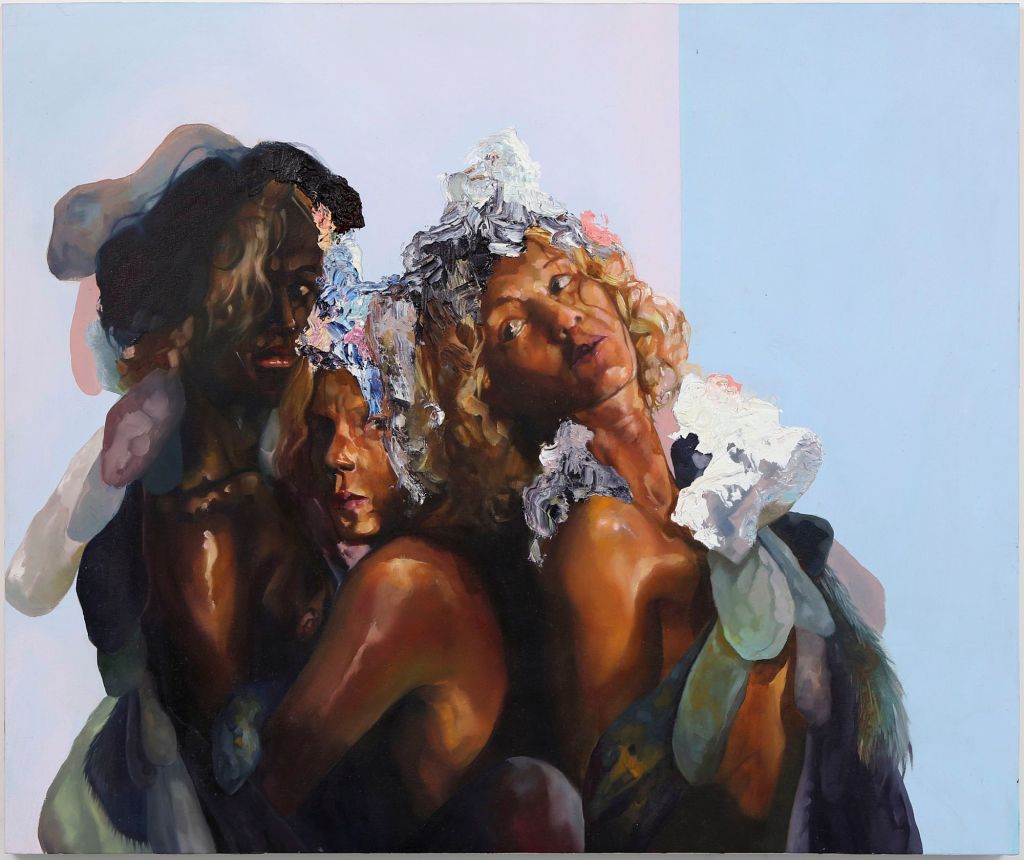 Two such artists were Amaryllis DeJesus Moleski and John Edmonds, both of whom have works featured in “Nobody Promised You Tomorrow.” Edmonds is a 30-year-old artist and photographer whose pieces were recently chosen for the Whitney Biennale. He says he first met Cohen Ristorucci in 2017 — and when the curators approached him last year about the Brooklyn Museum exhibit, he was curious to see how he could contribute. One thing he knew for sure: his photograph of two men in bed would fit right into the “care” theme.

It’s a Boy! Meghan and Harry Welcome a Son

“There’s definitely a certain level of care that goes into each photo and there’s a care for each of my subjects,” he says. “It’s really important that my work is part of this exhibition because I’m making work in many ways that builds on this legacy of artists that refuse to be erased. And people who refuse to be erased.”

DeJesus Moleski, speaking on the phone from Connecticut where she’s studying printing and printmaking at Yale University’s School of Art, says she was one of the few artists who performed her studio visit with Zelaya remotely. DeJesus Moleski says her talk with Zelaya centered around how deeply colonial the roots of mainstream art can be. 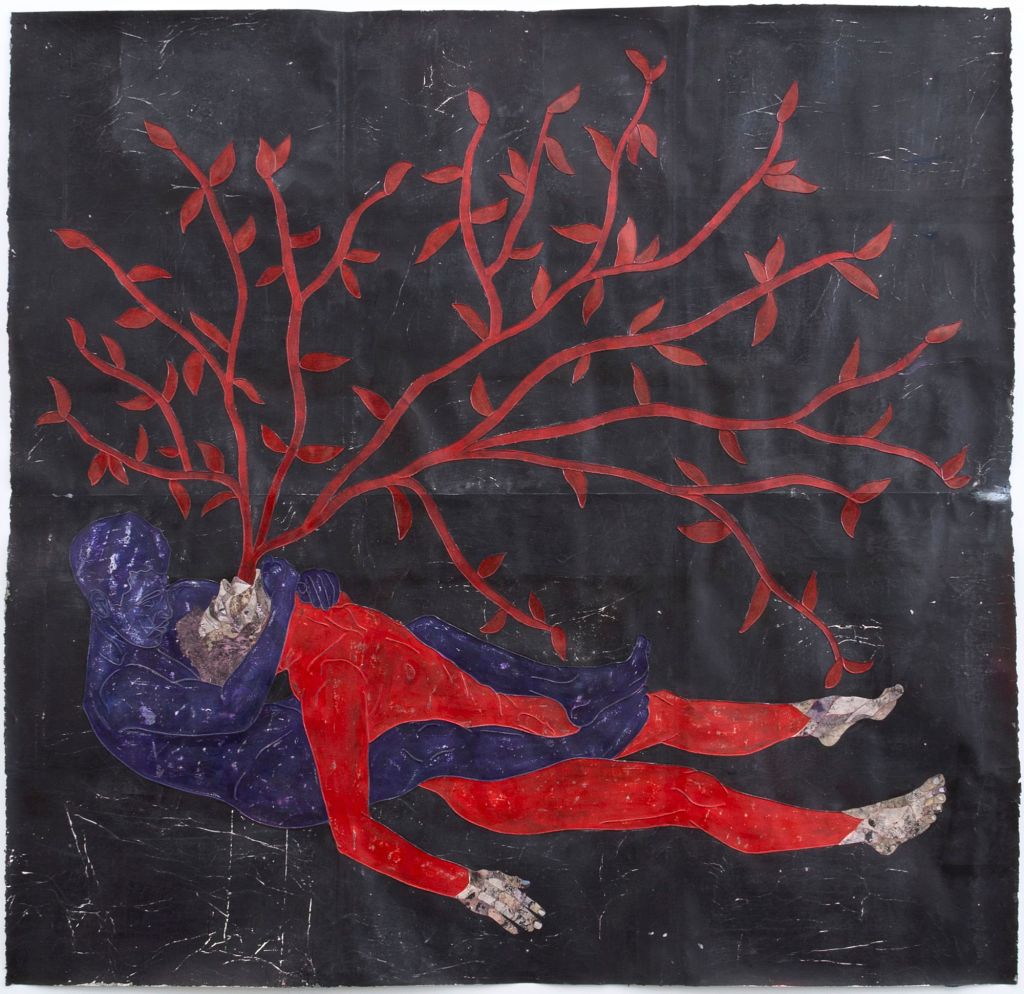 “I understand how embedded the art world is in power dynamics, how Eurocentric it is — not just in the institution of art, but in the history of art,” she says. “I was so moved that [the curators] were bringing this conversation into an art context.”

She and Zelaya also discussed at great length what Stonewall left behind, and how it influences and affects LGBTQ communities today, 50 years after the revolt.

“They’re just super aware of what it means to historify an event when these are all really active experiences present right now — we are living through and creating through and thinking about this right now,” DeJesus Moleski says. “Stonewall wasn’t an event that happened exclusively in the past. It’s an active legacy that’s still with us.”