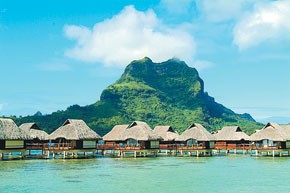 What do women want — in a leading hotel? The New York-based Luxury Institute has provided WWD with its Luxury Brand Status Index: Most Prestigious Hotel Brands. The index is an average of four indices: Quality, Exclusivity, Social Status and Self-Enhancement, presented on a 0 to 10 point scale. The Luxury Institute surveyed more than 1,600 wealthy people (51 percent were women whose median net worth was $1.1 million) about which hotel brands they preferred. What were the female respondents’ favorites? “It’s clear that women love more boutique brands with intimate places and smaller venues,” said Milton Pedraza, chief executive officer of the Luxury Institute. “All of these brands are known for their superior service and sophisticated experience, but the top-ranked brands tell us that women are also looking for that sense of security — sort of a home away from home.”

1. ORIENT-EXPRESS
Luxury Brand Status Index score: 8.58
“This is a classic, old-world brand that women hold in high regard because it has a great pedigree, and there’s a sense of mystery and adventure to this brand’s properties,” Pedraza said. Orient-Express includes romantic luxury hotels, resorts and restaurants such as the Hotel Cipriani in Venice; Hotel Splendido in Portofino, Italy; the Villa San Michele in Florence; the Mount Nelson in Cape Town; Bora Bora Lagoon Resort in French Polynesia (left), and the Observatory Hotel in Sydney. On the domestic side, destinations such as the Windsor Court Hotel in New Orleans; Charleston Place in Charleston, S.C., and Keswick Hall in Charlottesville, Va., are owned by Orient-Express. The luxury brand, which also owns and manages train companies, cruise lines and restaurants such as the 21 Club in New York, was founded over 25 years ago.

2. SMALL LUXURY HOTELS OF THE WORLD
LBSI score: 8.5
More than 440 hotels (74 new this year) across 70 countries comprise this brand, which is currently recommending on its Web site: the Baby Grand Hotel in Athens, the Mansion Hotel in Shanghai and the Gaia Hotel & Reserve in Manuel Antonio, Costa Rica. “The challenge that every luxury hotel brand faces in today’s increasingly competitive climate is how to inject that element of surprise and deliver beyond travelers’ expectations, whether it be a stunning and unexpected location, exceptional service or the vast array of experiences that guests encounter,” chief executive officer Paul Kerr said. One of its most unique locations is The Raj Palace in Jaipur, India’s oldest mansion (left). The palace recently has been renovated with every modern amenity — many of the 29 rooms and suites are furnished with rare artifacts and priceless antique furniture.

3. THE PENINSULA HOTELS
LBSI score: 8.39
The chain is operated by The Hongkong and Shanghai Hotels Ltd. organization. Its original flagship, The Peninsula Hong Kong, opened in 1928 and is celebrating its 80th anniversary. “This brand is known for its sophisticated properties and great service,” Pedraza said. “While these properties are a bit larger than boutique hotels, The Peninsula does not own as many hotels as others in the top 10.” The brand operates eight luxury hotels in Hong Kong, New York, Chicago, Beverly Hills, Tokyo, Bangkok (left), Beijing and Manila, with The Peninsula Shanghai opening next year. The 15-story hotel will feature 235 guest rooms and suites, five restaurants, banquet facilities including a grand ballroom, a full spa, a swimming pool and a retail arcade housed on two levels and featuring a selection of world-renowned brands.

4. ROCKRESORTS
LBSI score: 8.33
RockResorts was created in 1956 by Laurance Rockefeller, with headquarters in Broomfield, Colo. “RockResorts locations are more of that luxury ‘inn’ feeling,” Pedraza noted. “They are very upscale and intimate.” One example is The Pines Lodge (left) in Beaver Creek, Colo., a ski-in/ski-out lodge that has access to some of the best skiing in Colorado and has world-class shopping and entertainment. The lodge provides a warm, intimate experience, with just 60 guest rooms and a small selection of deluxe condos and town houses. RockResorts has four resorts in development, including The Arrabelle at Vail Square in Colorado, the Eleven Biscayne Hotel & Spa in Miami, Rum Cay Resort Marina in the Bahamas and The Landings St. Lucia in the West Indies.

5. THE RITZ-CARLTON
LBSI score: 8.3
“This is one of the most reliable hotel brands in the world,” Pedraza said. “Even though they are large-scale, they are one of the best customer-experience providers.” With 70 hotels in 23 countries, the Ritz-Carlton brand is among the most recognized internationally. The company was established in 1983, when real estate mogul William Johnson acquired the rights to the Ritz-Carlton name made famous by Swiss hotelier César Ritz. In the next few years, Ritz-Carlton is opening hotels in destinations both exotic and familiar, including Charlotte, N.C.; Dubai; Shanghai; St. Lucia; Cairo, and Tampa Bay, Fla. The Ritz-Carlton in Istanbul (left), which launched in 2001, has the first and only open-air spa in the city.

6. LEADING HOTELS OF THE WORLD
LBSI score: 8.2
The Leading Hotels of the World, based in New York, represents more than 450 top hotels, resorts and spas, including the Hotel Bel-Air in Beverly Hills and the Hospes Lancaster in Paris. “These are larger-scale hotels, but they are definitely not considered ‘cookie cutter,'” Pedraza said. “Rather, their locations are highly differentiated. The properties also blend beautifully into their local environments.” An example is the Royal Myconian Resort Thalasso Spa (left), which is set high on a cliff and overlooks a secluded bay and its own private sandy beach in Mykonos, Greece. The property offers facilities that include a Spa Center, as well as indoor and outdoor pools. Guest rooms and suites come with private pools and spas.

7. MANDARIN ORIENTAL HOTEL GROUP
LBSI score: 8.18
This Hong Kong-based brand operates, or has under development, properties in 23 countries — with 16 hotels in Asia, 14 in the Americas and nine in Europe and North Africa. The portfolio includes the original flagship properties: the Mandarin Oriental in Hong Kong and The Oriental in Bangkok. The Mandarin Oriental Riviera Maya (left), which opened this year, features 128 guest rooms within a series of villas across 36 acres of tropical forests along Mexico’s Caribbean coast. The property also has a 25,000-square-foot spa and seven restaurants and bars. “The growth strategy of our group is to successfully operate 10,000 rooms in major business centers and key leisure destinations around the world, [and we are] continuing to expand our presence globally,” the company said.

8. WALDORF-ASTORIA COLLECTION
LBSI score: 8.14
Few people may know that the Waldorf-Astoria hotel, the famed Park Avenue flagship of the Waldorf-Astoria Collection, originally stood at the current location of the Empire State Building at Fifth Avenue and 34th Street. The modern hotel (left), done in Art Deco style, opened in 1931 and has three American and classic European restaurants, along with a beauty parlor located off the main lobby. Specialty boutiques surround the lobby, which has won awards for its restoration to the original period character. The chain of upscale hotels includes The Arizona Biltmore Resort & Spa in Phoenix, the Grand Wailea Resort Hotel & Spa in Maui and La Quinta Resort & Club in Southern California.

10. ST. REGIS HOTELS AND RESORTS
LBSI score: 8.09
The history of this brand dates to the early 1900s, when Colonel John Jacob Astor IV built the original St. Regis New York. The legendary property is also the brand’s flagship. Astor’s mission in creating the St. Regis was to bring a feeling of old-world charm, service and hospitality to guests. Today, almost a century later, this objective has not changed. The company has grown to include properties such as The Lanesborough in London (left).