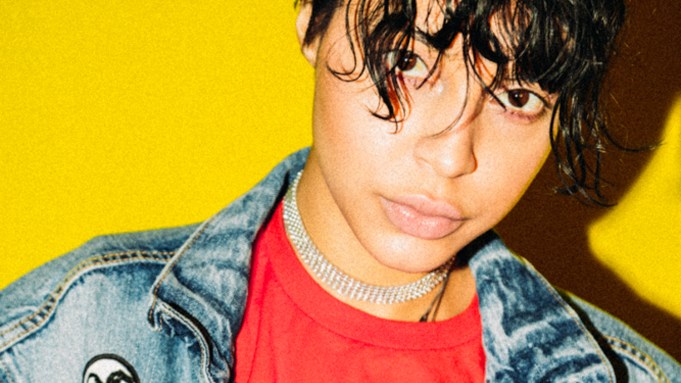 Fans of The Weeknd may have to change their plans for Friday through Sunday. The singer will be debuting a capsule collection while holding pop-up shops in eight cities.

The Starboy 2017 limited capsule collection includes T-shirts, hoodies, bombers, denim jackets, hats and more. The look book shows T-shirts with “If It Ain’t XO Then It Gotta Go” printed on the front, hats that say “Party Monster,” bombers with The Weeknd’s signature XO and sleeveless denim jackets with patches on the fronts and backs.

The look book is not comprehensive and more styles will be sold at the pop-ups, which take place Friday through Sunday at the following locations: Patron of the New in New York; 424 of Fairfax in Los Angeles; RSVP Gallery in Chicago; The Webster in Miami and Houston; Nomad in Toronto; Roden Gray in Vancouver, and Rooney Boutique in Montreal. The collection is presented in partnership with Bravado, Universal Music’s merchandise company.

Last week, The Weeknd, aka Abel Tesfaye, released an XO artist capsule collection. He collaborated with graffiti artist Futura 2000 on the merchandise, which includes bomber jackets, Levi’s embroidered denim jackets, caps, hoodies and T-shirts. The singer also served as a guest stylist for H&M’s Spring Icons campaign in February. He is expected to release a sneaker collaboration with Puma, though the date of the release remains unknown.

The Weeknd attended this year’s Met Gala on Monday with girlfriend Selena Gomez on his arm, marking their first red carpet appearance as an item. He chose a Valentino suit, and she opted for a pale pink Coach gown with a matching purse.

Selena Gomez and The Weeknd Hit the Met Gala Carpet