"People would always be like, 'This is a place that doesn't exist in New York.'" 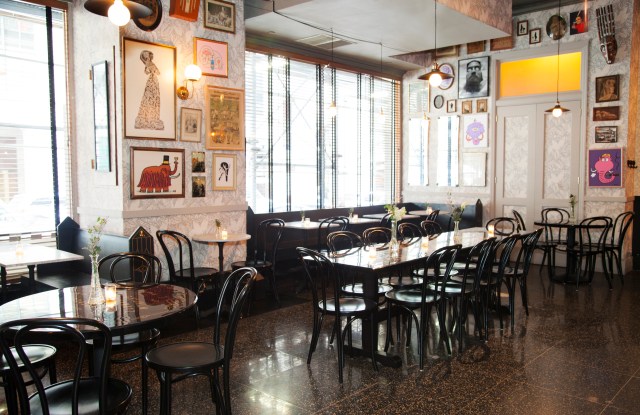 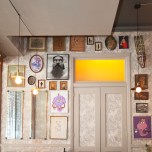 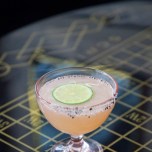 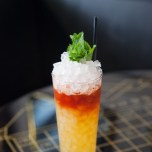 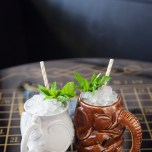 The Wooly is going public.

Seven years after the popular private club and event space opened within the Woolworth Building, located across from Brooklyn Bridge Park, owners David Tobias and Eric Adolfsen are opening The Wooly Public, a restaurant and bar for, well, the public. The new space is positioned as somewhat of a halfway point between their private club and grab-and-go café next door, The Wooly Daily.

“We were itching to do it. In terms of our personalities, we’re definitely more ‘of the people,’ we want to invite people to come and have a lot of fun,” said Tobias, his blonde hair pulled back. He and Adolfsen — his brother-in-law — were lounging on the dining room’s banquettes on opening day, exuding a laid-back attitude that is sure to help carve their unique space within FiDi.

“People would come to The Wooly and knock on the door and be, like, ‘Are you open?'” Adolfsen said. “We really wanted to do something that engaged the neighborhood. Our first foray into it was the coffee shop, and that really gave us a taste for the neighborhood, and helped us build a rapport with the people in the neighborhood,” he continued. “It just felt like the natural progression to take those lessons and open a restaurant where we combine the cocktails and drinking, with the stuff we were starting to do in terms of more daytime.”

The pair describe the food menu as reflecting “the crossroads of the neighborhood.” That’s translated into old school dishes with a modern twist, created by chef Jeff Srole — private label hamburgers and steak alongside more modern dishes such as tuna poke. The cocktail and beverage program is also a large focus, with bartender Eryn Reece creating new drinks that riff on classic cocktails. Artisanal beers will also be on offer.

The restaurant’s dining room reflects the pair’s creative roots and laid-back personalities. Tables in the bar room are printed with game boards — chess, Scrabble, Backgammon, Ouijia — and hanging plants around the space lend an “overgrown” vibe. Adolfsen, also a graphic designer, had painter friends reimagine the building’s mascot, the mammoth, through lens of different stylistic period of art — there’s an impressionist mammoth and a cubist mammoth, for example. The design is reflective of the neighborhood’s changing demographics, with an influx of businesses relocating downtown and the opening of the nearby Oculus hub.

“One of the great things about this neighborhood is that it’s like a crossroads,” Tobias said. “There was a time where people would say, ‘Oh, we’re going to go to The Wooly, it’s like this crazy adventure down to this old-timey New York.’ And now…the kinds of people who come in here are all over the place,” he continued. “We love that there is a finance guy sitting next to a judge from city hall, sitting next to a young intern at an architecture firm, sitting next to one of our homeless musician friends. It keeps us on our toes.”

Speaking of musician friends, music plays a large role at The Wooly Public. The placements are turntables, and Tobias and Adolfsen plan to invite their friends into the space to DJ and have their eye on live programming as well, which speaks to Tobias’ life as a performer himself, as the front man in the band Apes and Androids.

“Who’s birthday party did you play at once?” Adolfsen asked.

“Mark Ecko, with Puff Daddy and Lil’ Kim and stuff,” Tobias responded. Don’t worry, he may just play for you, too. “Periodically, we’ll have impromptu, everyday at 10 p.m. I’ll come out in a full leotard,” he said. (Adolfsen jumped in to clarify: not actually.)

But that would be one way to keep customers on their toes, too — and at the bar.