Things to do and see during Pitti Uomo. 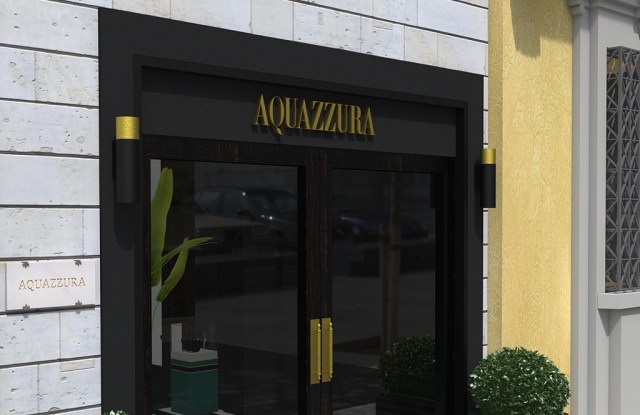 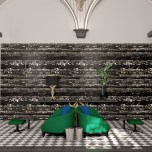 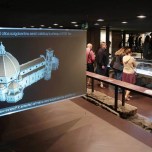 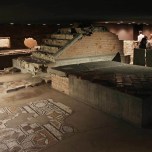 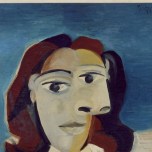 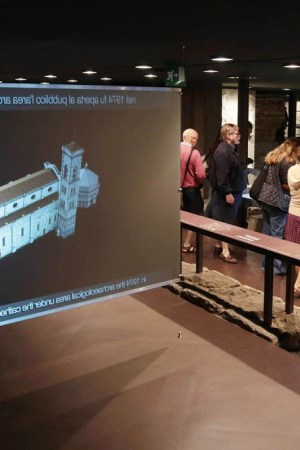 Located in the left wing of the 15th century Palazzo Corsini, Aquazzura’s first flagship opened its doors in October, and carries the Florentine luxury footwear brand’s entire collection. Inside, black and white marble stripes stretch from the floor, up one wall and across the ceiling. Interior designers Cláudia and Catarina Soares Pereira developed the concept, which blends contemporary design with the building’s historical features. An inauguration cocktail party is slated for Wednesday.

Hidden under Florence’s Duomo cathedral, the Santa Reparata archeological site reopened on Oct. 8 with a new multimedia exhibition. Presented in a time capsule format, the path takes visitors through the city’s ancient history, from the first to the 14th centuries B.C. A floor with an elaborate Christian mosaic is among the remains, and various explanatory panels and videos illustrate the city’s urban transformation.

NEXT: Picasso and Spanish Modernity >>

Palazzo Strozzi is honoring Pablo Picasso with an exhibit called “Picasso and Spanish Modernity,” featuring more than 90 works by the celebrated artist and equally notable compatriots such as Salvador Dalì and Joan Miró. Split into nine sections, the exhibition spans 1910 to 1963. Miró’s “Figure and Bird in the Night,” Dalí’s “Harlequin,” and Picasso’s “The Painter and the Model” — displayed in Italy for the first time — are among the works shown, alongside assorted preparatory sketches.

NEXT: “SPUMANTINO” AT PONTE VECCHIO >>

Those seeking a bubbly respite from trade shows can head to Spumantino, a wine bar that opened in July near the Ponte Vecchio, Florence’s most famous bridge. Run by the same family that manages the Castello di Verrazzano vineyards and restored farmhouse, Spumantino is open from midday to midnight and serves a variety of finger food, sandwiches and sushi.

Located on the bank of the Arno river, just a few steps away from the city’s center, La Bottega del Buon Caffè is a restaurant and lounge headed by chef Antonello Sardi. The restaurant, awarded a Michelin star last year, offers a seasonal menu rich with dishes created by using products from local suppliers. Among the dishes conceived by the chef are pasta with pigeon, butter and thyme, and three versions of the Amberjack fish. International designer Jeanette Thottrup realized the elegant and relaxing interior by mixing contemporary and classic elements.

NEXT: The Treasure of the Buccellati Foundation >>

THE TREASURE OF THE BUCCELLATI FOUNDATION

Metalworking is a longstanding Florentine tradition. Now an exhibit called “The Treasure of the Buccellati Foundation” is showcasing more than 100 pieces spanning the past century by goldsmiths and jewelers Mario and Gianmaria Buccellati. The father-and-son duo reinterpreted Renaissance techniques to deliver items such as the “Crater of the Muses,” a jade cup adorned with more than 2,000 cabochon sapphires.

Museo degli Argenti — Palazzo Pitti
Through Feb. 22
Monday to Sunday (closed on the first and the last Mondays of the month), from 8:15 a.m. to 4:30 p.m.
Tickets: $7 or $9 at current exchange (the ticket also allows entry to the Porcelain Museum, the Boboli Gardens, the Museum of Costume and the Bardini Gardens)
+39 055 294883

From October through January, contemporary artists have taken over the Palazzo Strozzi courtyard, using it as an open-air laboratory. During Pitti Uomo, the area will house the installations, videos and performances of Giovanna Bianco and Pino Valente, better known as the artistic duo Bianco-Valente. On Thursday, New York-based artists’ collective CHERYL will also stage a performance.

On Dec. 5, the Why The Best Hotels Group opened the Garibaldi Blu, a three-star hotel housed in a historic building where 19th century Italian general Giuseppe Garibaldi is said to have spent a relaxing night or two. The hotel is joined to the neighboring Hotel Rosso 23, with which it shares spacious common areas and a contemporary style of furnishings. Garibaldi Blu is spread over three floors and its rooms boast original wall frescoes and views onto Piazza Santa Maria Novella.