After long months of being at a standstill due to the pandemic and a first, gradual recovery in 2021, clubbing and music festivals are back in full force this summer.

As party animals resume their favorite activity, they’re finding a richer music scene, which managed to find ways to evolve throughout the lockdowns thanks to established names and new talents continuing to release tracks and experiment with sounds.

Clubbing epicenters like Ibiza and Mykonos are back to their game stronger than ever, competing to secure key headliners and crowd-drivers like Carl Cox, Black Coffee, David Guetta, Robin Schulz, Meduza and The Martinez Brothers, as well as new artists.

Meanwhile, a new guard of female DJs is taking their turn behind the decks and starting to make a name for themselves, following the successful examples set over the years by industry fixtures ranging from Ellen Allien and Miss Kittin to Nina Kraviz and Peggy Gou.

Here, WWD lists three female DJs to watch — and listen to — and where to find them this summer.

Don’t be fooled by her exotic name and angelic face: Anfisa Letyago moved from Siberia to Naples around the age of 18 and has been absorbing the vibrant energy of the city ever since. Shortly after moving to Italy, she got in touch with the local underground scene and connected with the sound of artists Marco Carola and Gaetano Parisio, who inspired her in pursuing a career as a DJ.

After dropping her first release, “Stop Talking,” collaborating with labels like Natura Viva, Nervous Record and Carl Cox’s owned Intec Digital and building a reputation one techno beat at the time, last year she launched her record label “N:S:DA” to release her own music. These included the “Listen” EP and, more recently, the “Haze” track.

As the artist splits her time between the studio and behind the decks, she’s further perfecting her skills, which this year earned her plenty of international gigs. Earlier this year, she made her Ultra Music Festival debut in Miami, played at the Baum Festival in Colombia and at the seasonal opening parties of the Hï club in Ibiza and the Cocoricò in Riccione, Italy. She additionally joined the lineup of the Sónar by Night event in Barcelona along with The Chemical Brothers and Eric Prydz and played at DC10 in Ibiza. 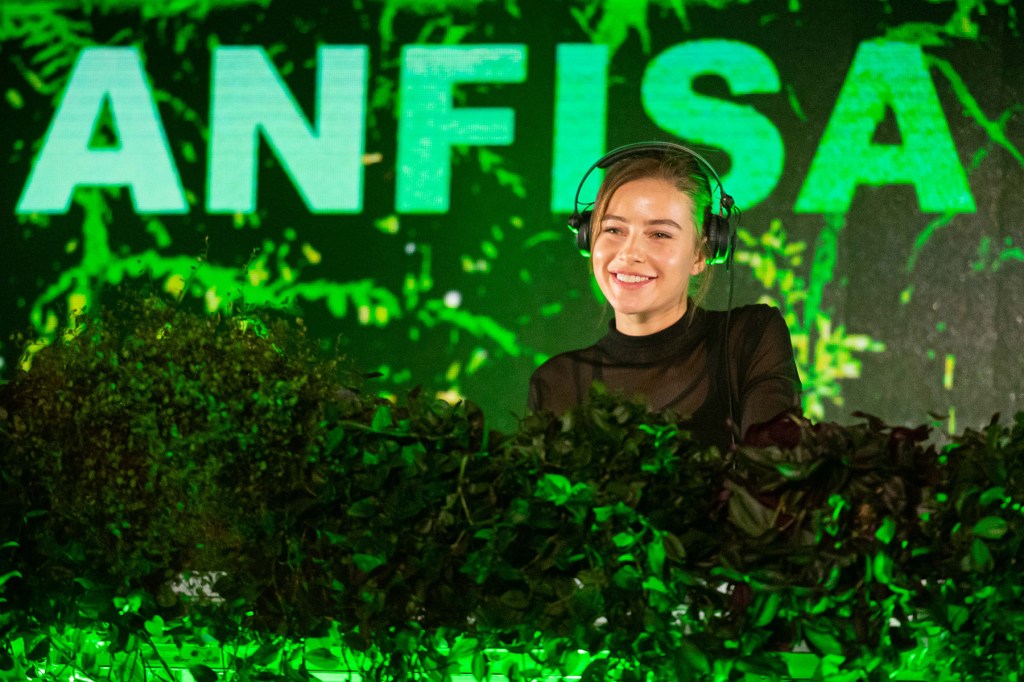 Next up, her packed schedule will include stops at Les Plages Electroniques in Cannes, France, on Aug. 6 — one of Europe’s biggest and best beach festivals with headliners including Guetta, Martin Garrix, Paul Kalkbrenner and Charlotte de Witte — as well as her first appearance behind the decks of Mykonos’ famed club Cavo Paradiso the following day.

She will also be in the lineup of the Rotterdam Rave Festival and the five-day Sonus Festival on Croatia’s Pag Island along with Jamie Jones, Loco Dice and Kobosil. After touching base at the Glitch festival in Malta on Aug. 15, she will head back to the island a month later for Drumcode Festival, which will group more than 50 names of house and techno music spanning from Chris Liebing to Ilario Alicante.

British self-taught DJ and producer Teisha Matthews, aka Tsha, has been generating buzz for quite some time now thanks to her emotive take on electronic music. Grew up in the small town of Fareham in England, she move to London and experienced a turbulent childhood that made her see music as a form of escapism.

She first broke through the scene with the debut EP “Dawn” released in 2018, followed by “Sacred,” which was included in the “Fabric Presents” compilation of Bonobo, the artist she has billed as her idol.

In 2019, Tsha signed with Counter Records, part of the independent record label Ninja Tune. The following year she delivered her key musical effort “Flowers.” The EP includes tracks such as “Change” and “Sister,” with the latter written during the lockdown after finding out she had an older half-sister and first meeting her during the pandemic. Last year, she also released the singles “OnlyL” and “Power.”

Meanwhile, Tsha launched her series “Jackfruit Radio” on Apple Music — in which she drops DJ mixes or chats with fellow artists — and started to get on the radar of labels such as Puma and Calvin Klein, which tapped her for activations on social media. On the fashion front, she recently also took part in “The Sound of Prada” musical program hosted by the brand during the Cannes Film Festival.

Over the past few months, the artist has collaborated with Diplo, did a U.S. tour, played at U.K.-based events Glastonbury and Parklife Festival; appeared at the We Love Green Festival in Paris next to Moderat, Chet Faker and Caribou as well as played multiple times at Circoloco nights staged from Miami to Naples, now continuing the tie-up in Ibiza for the next few months.

Upcoming events will also include home gigs such as the Lost Village Festival with Bonobo and Jamie Xx and The Warehouse Project 22 along with Disclosure and The Blessed Madonna, as well as Budapest’s renowned Sziget Festival in mid-August. The DJ has also secured a spot at the Lost Paradise event in Australia on Dec. 28, featuring in the lineup with artists such as Arctic Monkeys, Lil Nas X and Peggy Gou.

But before bidding adieu to 2022 from that stage, she is set to further mark this milestone year by releasing her album “Capricorn Sun” in October.

Chloé Caillet has been collecting approvals from clubbers and luxury companies alike. The DJ has already curated soundtracks for shows and events for brands such as Louis Vuitton, Miu Miu, Burberry and Tiffany & Co. in the last few years, as well as played for far bigger crowds at Glastonbury, Fabric in London and DC10 in Ibiza.

Her in-demand status stems from her eclectic taste in music, influenced by her nomadic lifestyle that had her move around Paris, New York and the U.K. even before traveling the world became her career’s routine.

A crossover of funk, disco, house and afrobeat informs her work, which has so far included the breakthrough remix of Beck’s “Chemical” — flanked by a video featuring Stella Maxwell — and her own debut groovy track “Love Ain’t Over” released at the end of last year.

Other tunes highlighting a penchant for the cross-pollination of music genres, “Don’t Wanna (Get Down)” and “Wale Wale” were dropped this year under the Pvblic Xcess duo Caillet founded with fellow DJ and producer Josh Ludlow, with whom she also established the label Xcess Records.

The twofold commitment doubled her visibility and work, with the artist piling up international gigs both with Ludlow and as solo acts.

Earlier this year, Caillet played at SXM Festival on the Caribbean island of Saint Martin, at Circoloco events in Miami, Las Vegas and Austin, Texas, and also appeared behind the decks of the Do LaB stage at Coachella. After club openings in Ibiza and the Primavera Sound event in Barcelona, this month she touched based at the Kappa Futur Festival in Turin, Tiki Beach in Saint-Tropez and a Prada event hosted at a beach club in Forte dei Marmi.

The sandy stops will continue with DJ sets at IT Beach and Ftelia Beach clubs in Mykonos while in a few weeks she will join EDM institution Swedish House Mafia in its tour dates in Miami and New York.

Luckily, partygoers committed to following Caillet around the world — or simply hopping from one party island to another — can cover the hours of flight time by playing her “Doudou” track in loop. Released last month just in time for the hottest season, it offers the perfect summer vibe.