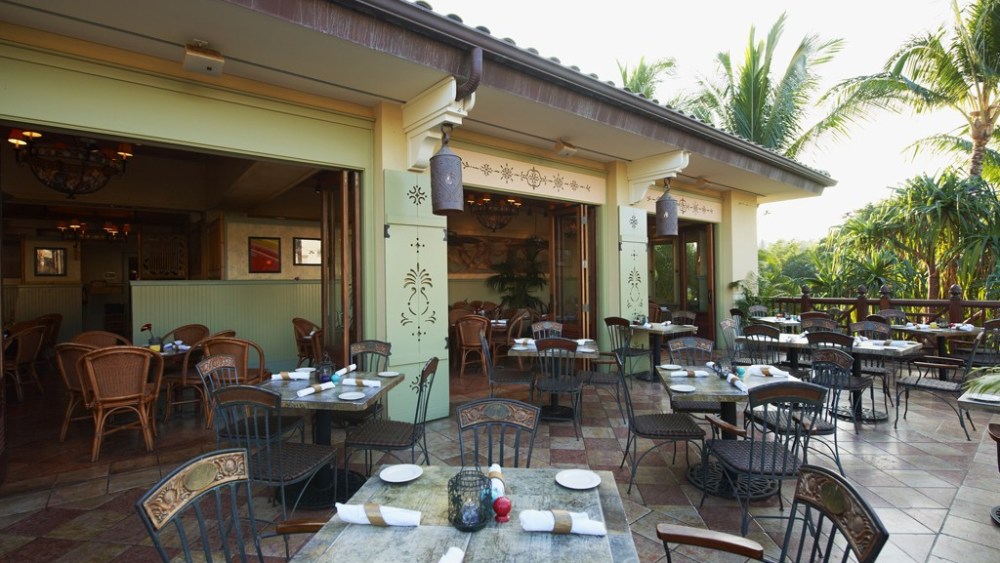 As long as he’s slugging back his margaritas, specialty rum drinks and other island libations, Tommy Bahama might as well grab a bite to eat.

So where better than at the Tommy Bahama stores?

The company opened its first restaurant in Naples, Fla., 16 years ago, and has added a dozen more since. The retail locations with restaurants and bars, called “Islands,” are the company’s top-grossing doors.

“We didn’t get into the restaurant business because a Madison Avenue agency told us that would be good for the brand. We did it because we love food, and it’s fun,” said Rob Goldberg, senior vice president of marketing, who also heads the restaurant division.

“From my perspective, the restaurants help market the company. Great marketing tells a story, and so when somebody walks into our restaurant, they immediately get the story. They see a host in a dress; they hear the music; they smell the food; they taste the drink; they see the plate. All of those touch points are context for who we are,” he said.

Each restaurant has its own look and feel depending on its location. Generally, they’re in warm-weather destinations like Hawaii, Florida, Las Vegas or Southern California, but the company is breaking out of that pattern this year with its 14th and largest opening, on Fifth Avenue at 45th Street in New York.

“The downstairs Marlin Bar will be the only bar on Fifth Avenue between Central Park and the Empire State Building, because it’s economically challenging to do,” said Goldberg.

The new complex will offer products and dishes appropriate to New York while retaining its island heritage.

“We’re trying to bring our brand to New York but make it relevant to that market. We know people aren’t on vacation in Hawaii, but there are items like coconut shrimp that our guests would kill us if we took off the menu. At the same time, we know that in New York we want to do things that are relevant to New York, so we’re doing a striped bass seviche and a grouper Reuben. We’re also doing a black cod Hawaiian butterfish style.”

Goldberg said the company considers New York as its first international restaurant location. (There are already stores in Macau and Singapore, as well as Hong Kong, which will open this year.)

“From a marketing standpoint, New York is really the hub for us. Every great brand is in New York. Our goal there is to create an oasis for people who live in a very high-stress environment.”

The next international restaurant location will be in Tokyo’s Ginza district, opening in a few months. The company is currently trying to sort out what Tommy Bahama looks like on a plate in Tokyo, with help from some local chefs.

“Not only that, the Japanese palate is quite different from ours. For example, they like the desserts not quite as sweet, and portions need to be adjusted. But they embrace American concepts, and our menu, which is heavily seafood-based, plays well there,” said Goldberg.

So what are the restaurant’s best-sellers? Coconut shrimp tops the list, and Goldberg’s other favorites include snapper with a macadamia-nut crust and wasabi soy butter and tuna poke. That likely won’t get lost in translation.