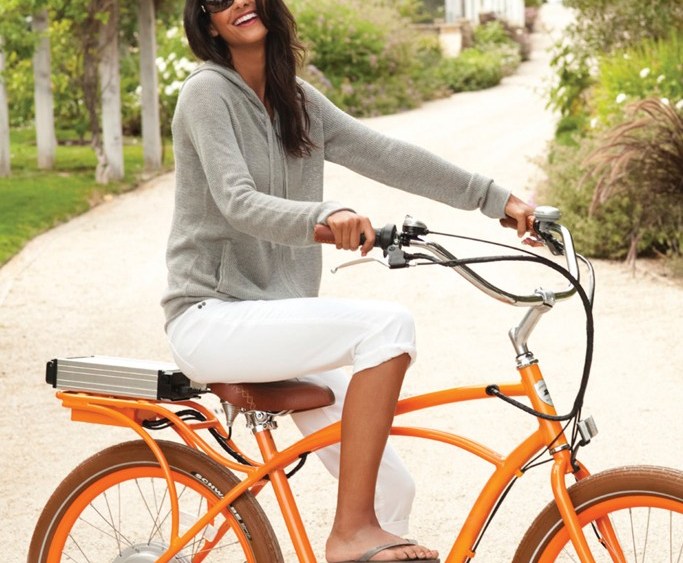 It comes as no surprise that Tommy Bahama would license such things as sunglasses and beach chairs, but the company also has a history of putting its brand on some more unusual — but still fun — items as well.

“I think people expect a lifestyle brand to denote emotion. People want to really experience the lifestyle, so we’ve licensed things like rum, sailboats and motorized bikes,” said Chrisann Furciato, senior vice president of licensing. “It wasn’t about the money, it’s about the experience of opening up or using that product.”

But the money is nothing to sneeze at: Licensed and other specially commissioned products, from beach bags to cigar accessories, rolling coolers to poker caddies, generate about $250 million at retail each year.
So what’s the criteria for licensing a lifestyle?

RELATED STORY: Tommy Bahama: A Home in the Islands >>

“You only think: ‘What would Tommy do?’ Tommy isn’t the kind of guy who’s going to walk up the street — he’s going to get on a battery-operated bike that costs $2,675. That’s the whole idea behind it,” said Furciato.

“We turn down a lot of ideas that come to us,” said chief executive officer Terry Pillow. Those have included resorts and cruise lines.

Which things get greenlit?

“A wooden boat maker has approached us, and they’re talking about making a speedboat for $7,000 or $8,000. Those kinds of things are fun. They’re not going to materialize into a big amount of money singularly, but collectively, it adds up to building the lifestyle and therefore building the brand and helping us. That’s really what a lot of these categories, like bikes and boats, are about,” he said.

The company is also currently looking to license a rum line that would be exclusive to its “Island” stores, which contain bars and restaurants. (The 14th Island is opening in Manhattan in November.)

And it also takes its cues from its customers and how they like to relax.

“Everybody aspires to relax, whether it’s grilling in your backyard, sitting in a spa or going to a beach. This brand gives them that opportunity in so many ways. And it affords us the opportunity to have an emotional connection with our customer,” said Furciato.

So what’s next? Don’t be surprised to see anything from teas to pet products — as long as it’s something Tommy would do.