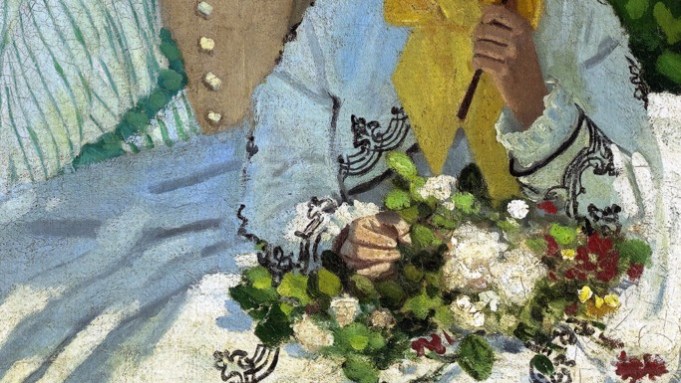 The holidays are upon us now, and publishers are celebrating them with lavish, rich-looking books on topics from fashion in impressionist paintings to the history of Chinese silks to the intricate worlds under glass in the windows at Bergdorf Goodman.

“Impressionism, Fashion and Modernity” (The Art Institute of Chicago/Yale University Press), edited by Gloria Groom, is designed to go with a major exhibition of paintings in France and the U.S., which is coming to the Metropolitan Museum of Art in New York on Feb. 26. It looks at the topic of fashion with essays about 140 impressionist-era works of art, in which 15 scholars in a variety of disciplines examine them in view of the rise of the department store, new ways of designing clothes and social and technological changes that led to the democratization of fashion.

“The Color Revolution” (The M.I.T. Press) by Regina Lee Blaszczyk reveals the role of color consultants, or color engineers, in creating the colors of everything from wallpaper to cars to clothes, from 1850 — with the invention of mauve — to 1970. Color forecasting played a role beginning in the Twenties, when General Motors created a bright blue car to compete with Ford’s black model T, and, later, when housewares began turning up in a range of vibrant hues.

“Handbags: The Making of a Museum” (Yale University Press/The Simone Handbag Museum), edited by Judith Clark, celebrates the founding of the first museum devoted entirely to bags, which is in Seoul. There are essays by fashion historians and psychoanalyst Adam Phillips about the psychology of purses and pocketbooks.

Everybody knows the graphic, colorful look of Marimekko fabrics, but where did it come from? “Marimekko: Fabrics, Fashion, Architecture” (the Bard Graduate Center, N.Y., and the Finnish Museum, Finland/Yale University Press), edited by Marianne Aav, tells the story. Founded in 1951 by textile designer Armi Ratia and her husband, Viljo, the Finnish company has had an important influence on interiors and fashion, which is explored in this definitive book.

Bergdorf Goodman’s windows are always among the most remarkable in New York, and Assouline’s new book, “Windows at Bergdorf Goodman,” with photographs by Ricky Zehavi and John Cordes, a forward by window wizard David Hoey and an introduction by visual merchandising senior vice president Linda Fargo, celebrates the past decade of them. It’s full of amazing details and custom mannequins, which create a Louis XIV confectionery, an Edwardian portrait sitting or even a traveling three-ring circus.

Sisters Susan Collier and Sarah Campbell began by designing textiles for Liberty of London in the Sixties, and now their archive of 50 years of textile design is captured in a book, “The Collier Campbell Archive: Fifty Years of Passion in Pattern” (Ilex Press), by Emma Shackleton, with Sarah Campbell. There are colorways, fabric and wallpaper samples, clothes, notes and records that show exotic birds, roses and motifs that recall William Morris, Henri Matisse or just these extraordinary sisters. The book has forewords by Sir Nicholas Serota and Sir Terence Conran.

Chinese silks that are as much as 5,000 years old have been found, and the story of this pivotal material is the subject of “Chinese Silks” (Yale University Press), edited by Dieter Kuhn. The book traces the history of fabric and the evolution of its creation, from perspectives that include the art historical, aesthetic, archeological and technical.

A range of horse breeds — from Friesians and Andalusians to Arab stallions — are photographed for the new book “Horses” (Rizzoli), by Jill Greenberg and A.M. Homes. Romantic, powerful and mysterious, these beautiful creatures are at their best in these striking photographs by Greenberg, which emphasize their heroic, even mythical, stature.

Shoes, glorious shoes! Extreme high heels are the name of the game in “Shoegasm” (Race Point Publishing), by Clare Anthony, which showcases exotic footwear, including a pair of shoes by Masaya Kushino with full-length peacock feathers exploding at the back, Alberto Guardiani’s lipstick-heel one with Swarovski Elements and another with animal legs instead of heels by Kobi Levi. It has a preface by Manolo Blahnik.

Alexander McQueen’s collections — from “Jack the Ripper Stalks His Victims,” his graduate collection from Central Saint Martins in 1992, to “Plato’s Atlantis,” the last presentation before his death — showcased his fascinations and obsessions, along with his beautiful, intricate and often poetic clothes. Now they are all celebrated in a new book, “Alexander McQueen: Evolution” (Race Point Publishing), by Katherine Gleason. Each collection had its own narrative, and often dynamic themes, including “Widows of Culloden,” in which a hologram of Kate Moss was at center stage, another with models walking through water and one with models playing pieces in a chess game.

Hollywood holds an endless fascination for many, and so do its costumes. Now there’s a new book, “Hollywood Sketchbook: A Century of Costume Illustration” (Harper Design/HarperCollins), by Deborah Nadoolman Landis, who is a costume designer and professor at the UCLA School of Theater, Film and Television. The book features a wealth of drawings from Tinseltown’s golden age and more recent years. “Top Hat,” “Anything Goes,” “Gone With the Wind” and “Cabaret” are some of the films for which these sketches were created, by designers from Travis Banton, Orry-Kelly and Bonnie Cashin to Dorothy Jeakins, Walter Plunkett and Ann Roth. Many of these sketches have never been seen before.

“Madame Grès: Sculptural Fashion” (Hannibal) is an exploration of the creations of Alix Grès, a designer whose bias cuts and draping made her a byword for supple, sculptural designs, particularly for evening, from the mid-Thirties through the end of the Eighties. The book follows a retrospective — which ran at the Musée Galliera, Musée de la Mode de la Ville de Paris and the Musée Bourdelle in Paris — which explored the classical roots of Grès’ designs. The book has a biography of the designer and includes many of her early sketches.

There’s a new book about Audrey Hepburn in town, and it’s called “Audrey: The 60s” (It/HarperCollins), by David Wills and Stephen Schmidt, which showcases the actress and fashion icon’s influential style during that decade. It begins, naturally, with “Breakfast at Tiffany’s,” in 1961, with Hepburn’s long black dress, pearls, upswept hair and cigarette in a long holder, and in “My Fair Lady,” in 1964, in Cecil Beaton’s lavish costumes, especially the black-and-white beauty he conjured up with the big tip-tilted hat, for Ascot or flowering from a bouquet of a dress by Yves Saint Laurent. Then there’s “Two for the Road,” in 1967, with those Space Age shield glasses and the PVC jacket.