7 TV Shows and Films to Watch Before the SAG Awards

A guide to the noteworthy projects to check out before Sunday’s awards show.

A still from HBO's "Lovecraft Country."

Awards season is almost halfway through, and with the SAG Awards coming up on Sunday, it’s a great excuse to catch up on some of the noteworthy TV shows and films that are up for nominations.

If you’ve already watched the season’s biggest projects, like “Bridgerton” and “The Crown,” it’s worth looking into the other buzzy TV shows and films that have resonated with audiences and received notable nominations.

Here, WWD looks at seven TV shows and films nominated for SAG Awards to watch before Sunday’s ceremony. Read on for more.

A still from “Sound of Metal.”  Courtesy of Amazon Prime Video

“Sound of Metal” has been a quiet awards season contender so far. The film follows heavy metal drummer Ruben Stone, played by Riz Ahmed, as his life and career are disrupted by his hearing loss. Ahmed is nominated for Outstanding Performance by a Male Actor in a Leading Role at the upcoming SAG Awards. 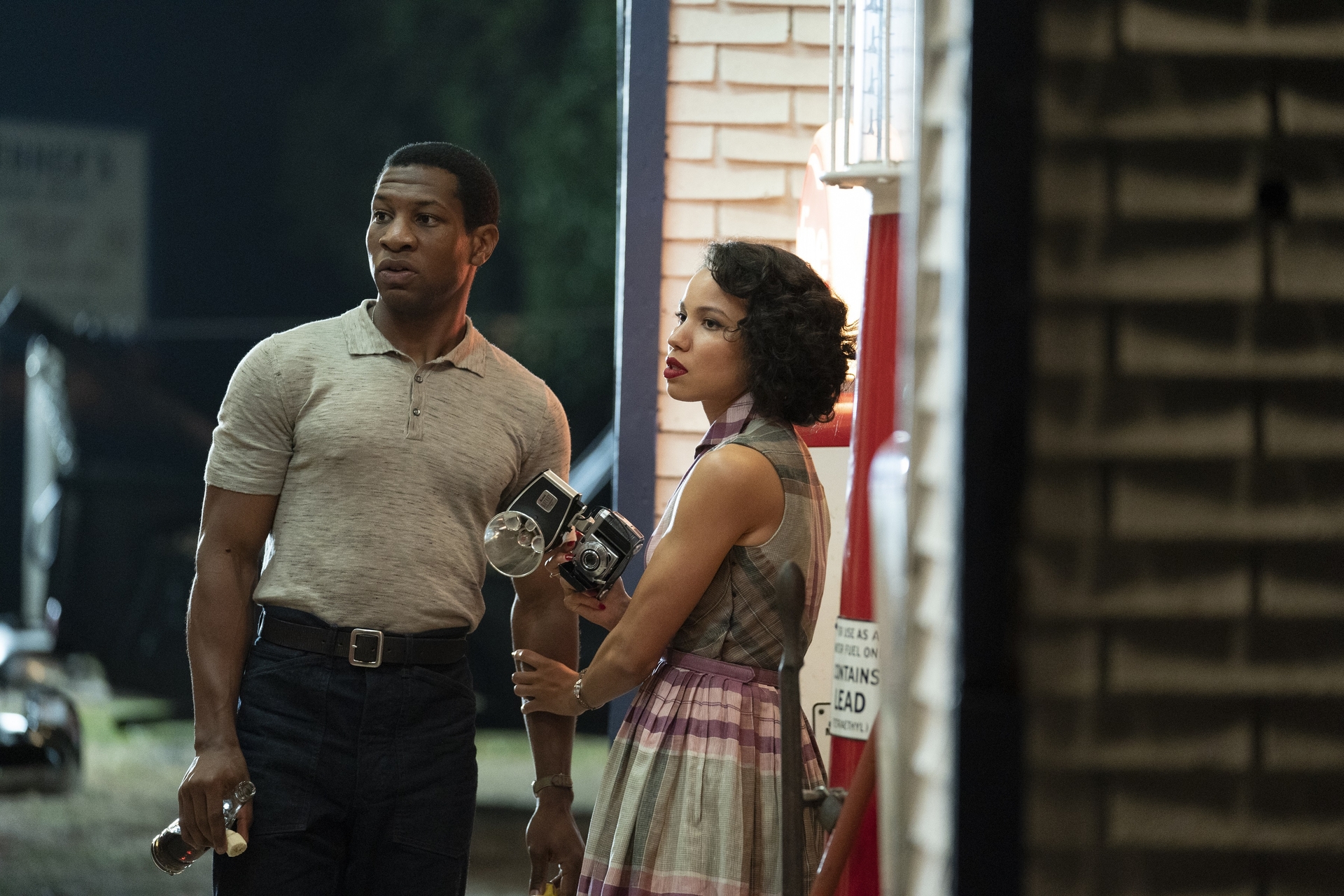 A still from “Lovecraft Country.”  Courtesy of HBO Max

“Lovecraft Country” was one of HBO Max’s hit new shows in 2020. Inspired by the 2016 Matt Ruff novel of the same name, “Lovecraft Country” gives a horror-themed take on Jim Crow America. The series follows Atticus Freeman, played by Jonathan Majors; his uncle, played by Courtney B. Vance, and his friend Letitia, played by Jurnee Smollett, as they search for his missing father while enduring the racist horrors of the South.

“I May Destroy You”
Watch on HBO Max 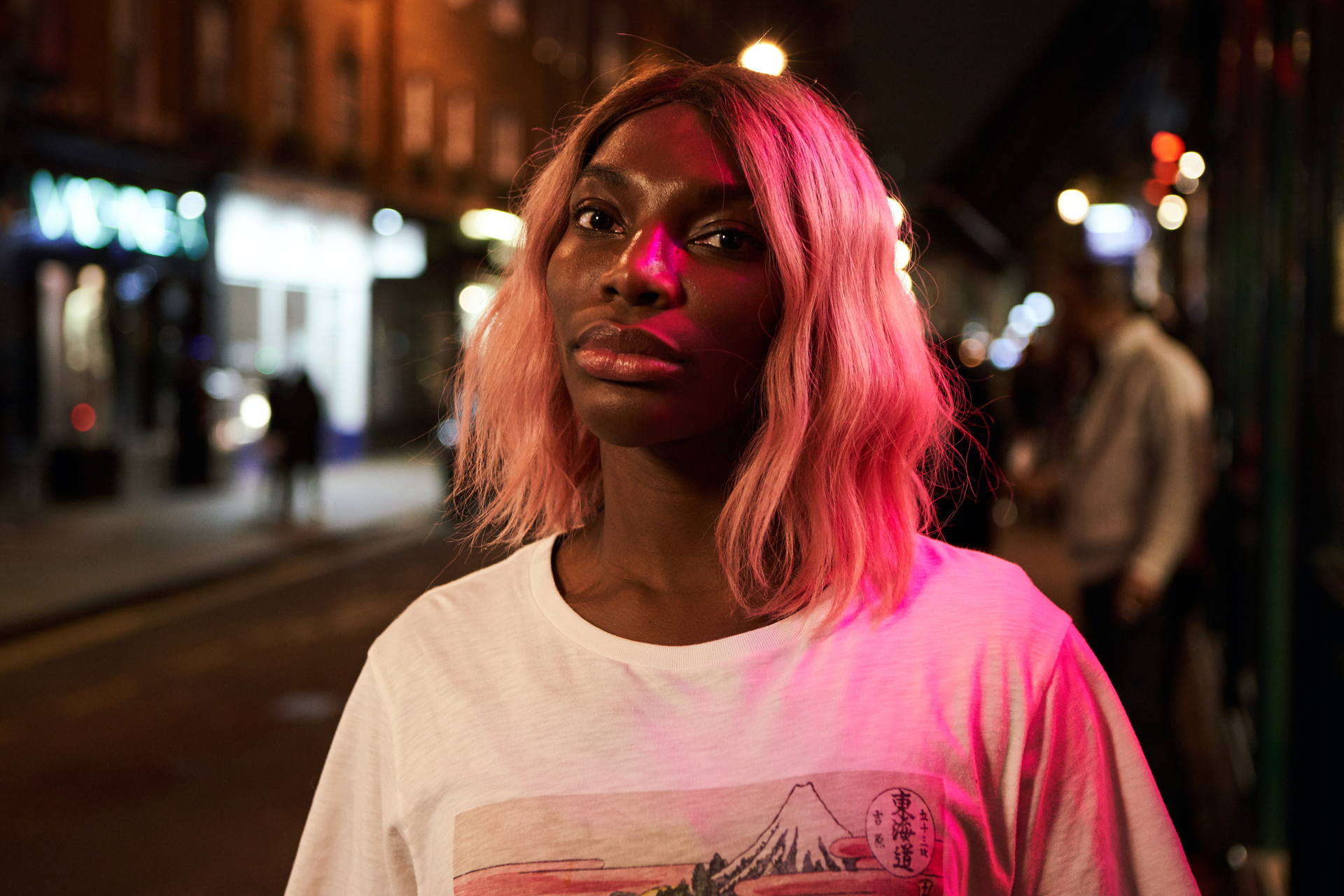 A still from “I May Destroy You.”  Courtesy of HBO Max

The HBO Max hit series “I May Destroy You” has finally received recognition following its much criticized Golden Globes snub in February. The show follows Arabella, played by creator Michaela Coel, as she grapples with the trauma after being sexually assaulted. Coel is nominated for Outstanding Performance by a Female Actor in a Television Movie or Limited Series. 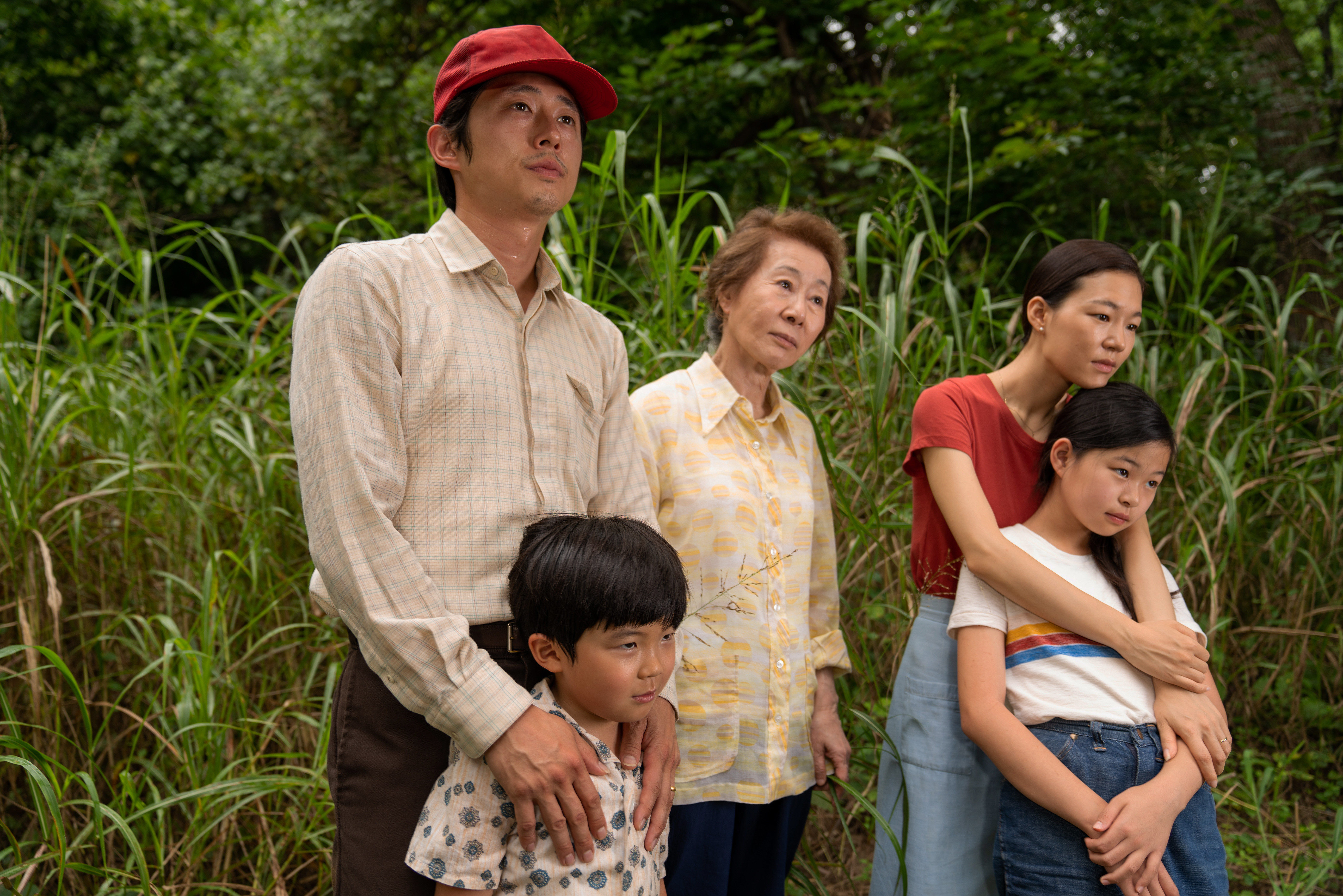 A still from “Minari.”  Courtesy

Korean-American film “Minari” is one of the most emotional films nominated this awards season. The film follows a Korean family that moves to a farm in Arkansas in pursuit of the “American dream.” “Minari” focuses on the family’s close bond and the challenges they endure to establish roots in their new environment. 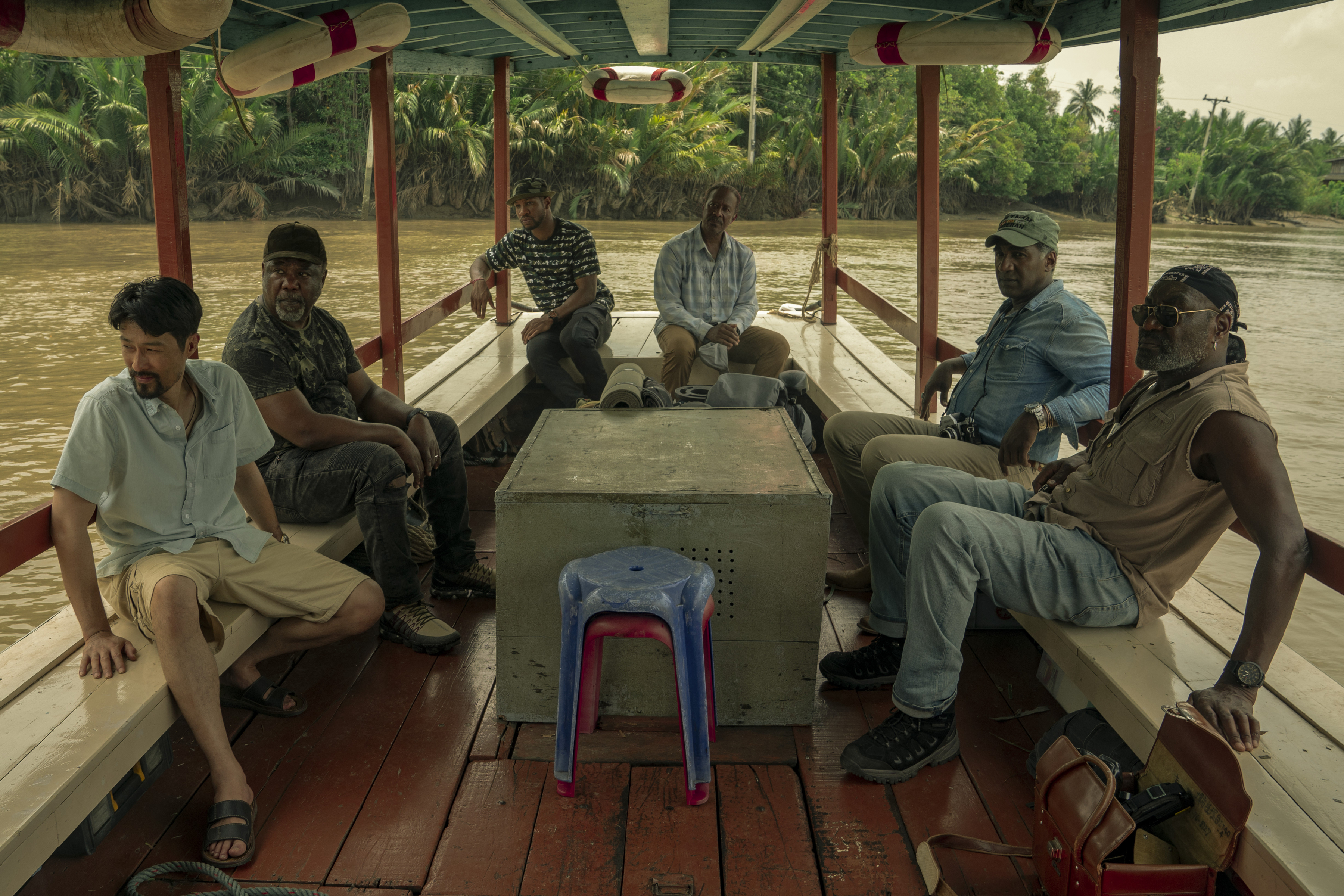 Late actor Chadwick Boseman has won several accolades this season for his role in “Ma Rainey’s Black Bottom,” however, his role in “Da 5 Bloods” is just as noteworthy. The film, which is directed by Spike Lee, follows four Black Vietnam War veterans who return to the country years later to find a fortune they helped hide during the war.

A still from “Ted Lasso.”  Courtesy of Apple TV+

Sports comedy “Ted Lasso” became a surprise hit during awards season after winning awards at the Golden Globes and the Critics’ Choice Awards. The show focuses on the titular character, played by Jason Sudeikis, who is an American football coach who moves to England to manage a soccer team.

“I Know This Much Is True”
Watch on HBO Max 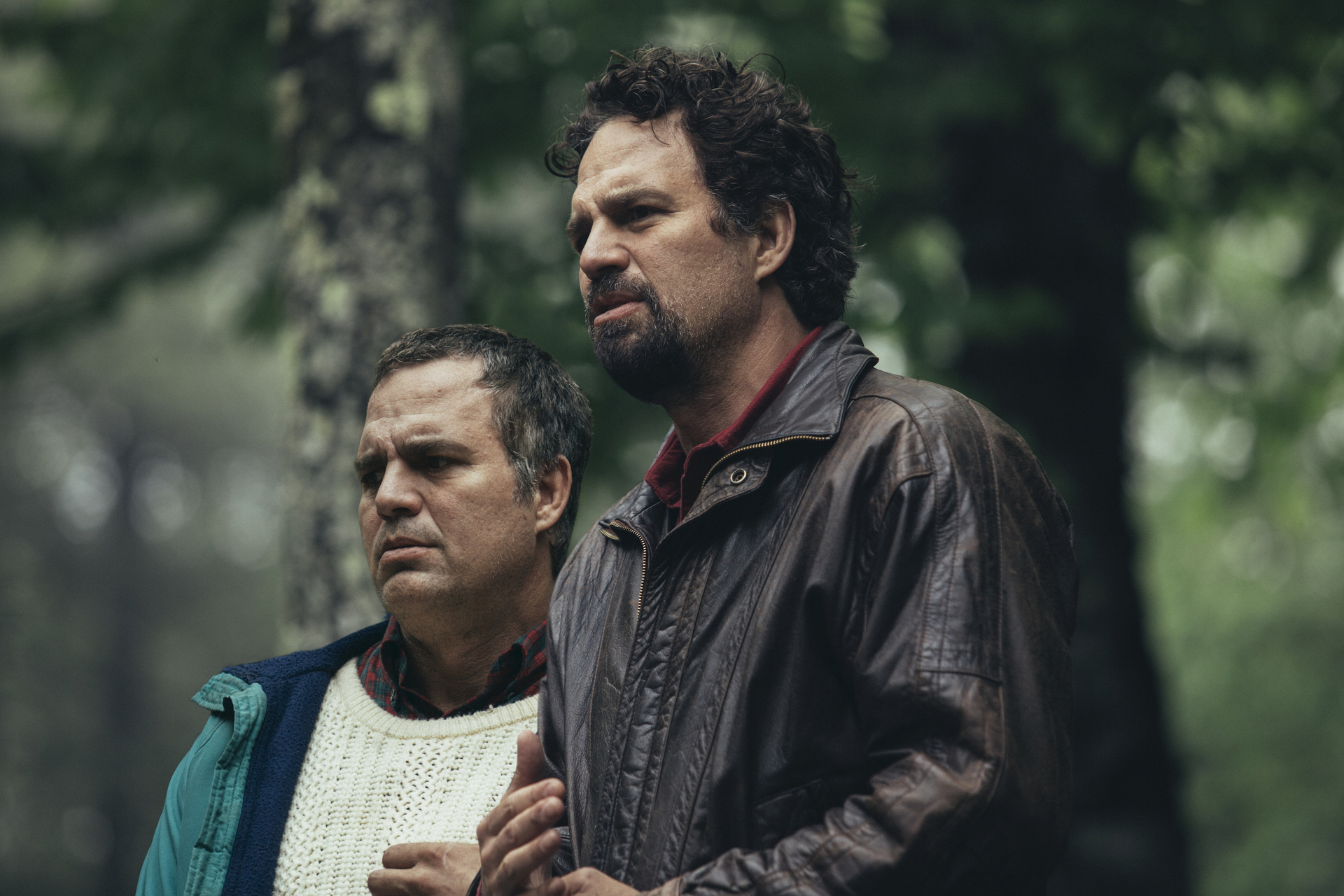 A still from “I Know This Much Is True.”  Courtesy of HBO Max

Mark Ruffalo plays twin brothers in the HBO limited series based on the Wally Lamb 1998 novel of the same name. The show follows Dominick Birdsey as he takes care of his twin brother Thomas, who suffers from paranoid schizophrenia. Ruffalo is nominated for Outstanding Performance by a Male Actor in a Television Movie or Limited Series for his roles at the upcoming SAG Awards.

WATCH: Stars Reflect on Their First Performances as Kids at the Golden Globes