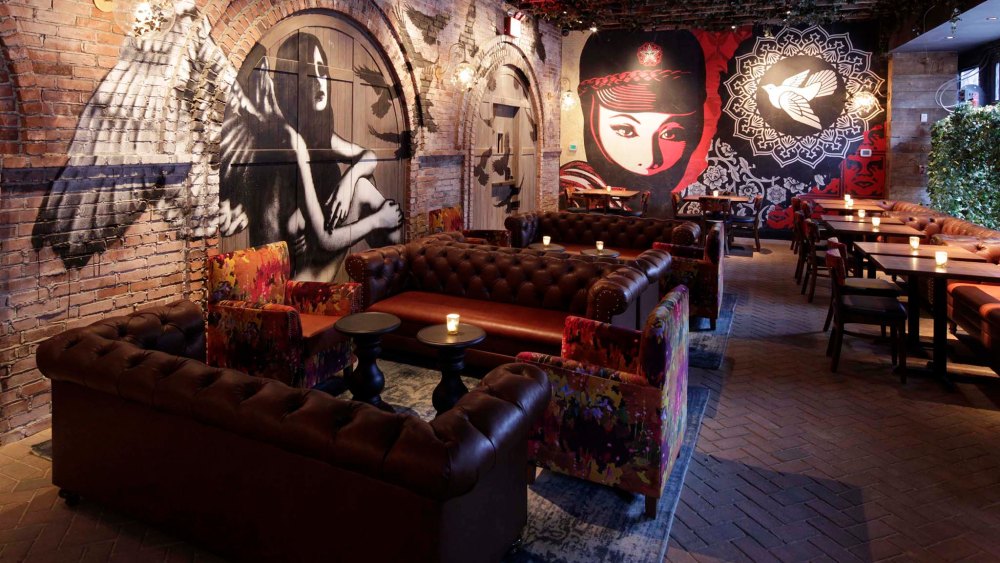 Restaurateurs can’t seem to stay away from New York’s Lower East Side, with more and more uptown developers flocking east of the Bowery. But for Chris Santos, a longtime Lower East Side chef and a judge on the hit cooking show “Chopped,” the charms of the neighborhood are nothing new. On the heels of — and around the corner from — his two staples on the downtown nightlife scene, “Stanton Social” and “Beauty & Essex,” comes “Vandal,” a 22,000-square-foot, bilevel bar and restaurant which opened over the weekend. And if it’s anything like its predecessors, it will draw the downtown set. Says Santos, “We’re going to be here for a long time.”

Santos has teamed with Rich Wolf, partner and owner of TAO Group, the hospitality conglomerate that operates many nightclubs internationally. And while most clubs are known not for the cuisine but instead for throngs of people, heavy music and low lighting, Santos and his Vandal executive chef and partner, Jonathan Kavourakis, insist that food is the focus. “It’s not a club; yes, we’ll have a DJ downstairs, yes, bottle service will be available, and I’m sure on Friday and Saturday nights there will a little bit of a fun commotion down there,” Santos says. But the main attraction aims to be the global street food-inspired dishes.

“The whole place is embracing street art and street food — street culture, really,” Santos says. He and Kavourakis spent nine weeks this summer scouring South America, Southeast Asia and Europe for the best street food they could find. “Street food is really your first indicator of the city that you’re in,” Santos says. The menu is broken into dishes categorized as small, medium, large and extras, and features things like Mexican corn-style Brussels sprouts, broccoli johnny cakes and grilled asparagus with Bombay spices.

The model came together because of a shared interest in street culture between Santos and Wolf. While Santos has been a longtime street food fanatic, Wolf is “obsessed” with street art, and they decided to marry the concepts. “I feel like street food and street art are two of the fibers that run through New York,” Santos says.

The art that fills the place — and of that there is much — was curated by the artist Hush, and includes an 11-foot sculpture of a break-dancing bunny done in a purple shade referencing the now-discontinued Krylon spray-paint color Icy Grape, which is highly sought after by graffiti artists. Other rooms feature a graffiti wall by Tristan Eaton, propaganda-style murals by Shepard Fairey (widely known for his “Hope” poster of Barack Obama) and pieces by Apexer, Eelus Vhils and Will Barras.