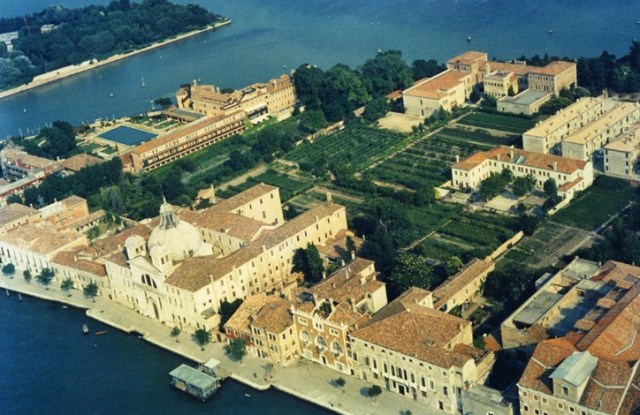 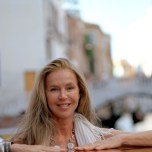 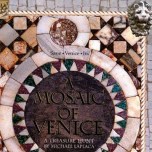 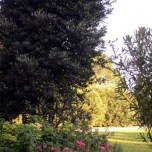 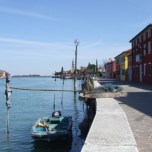 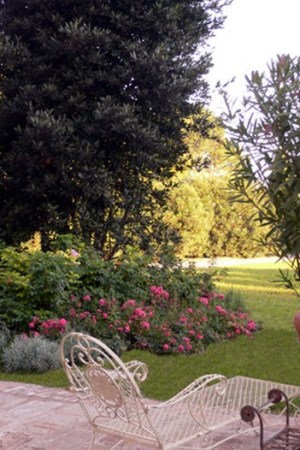 One of the secret gardens of Venice, part of a tour given by the Venetian Garden Association. 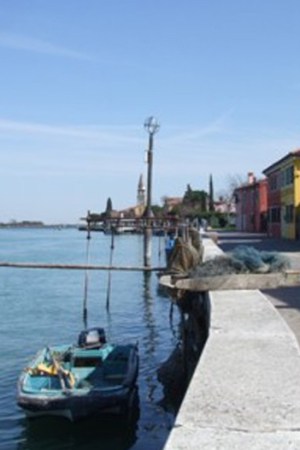 A canal side view of the Venetian isle of Mazzorbo. 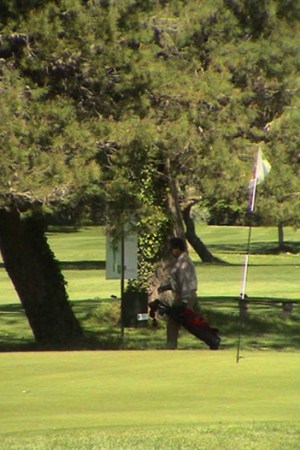 A view of the Golf Club Lido di Venezia.

Francesca Bortolotto Possati, who grew up in Venice and owns and runs the Bauer group of hotels, understands that not everyone needs to stay at a hotel or even likes doing it.

Most recently, she put up Brad Pitt, Angelina Jolie and their six children in one of her private palazzi on the Grand Canal while Jolie filmed “The Tourist,” with Johnny Depp.

While she won’t do that for everyone, she’s hoping to re-create the homey experience with Villa F, a series of 10 self-contained and interlinked residences on a 108,000-square-foot property on the island of Giudecca in the Venetian Lagoon overlooking San Marco. Villa F, which opens this month, features three small swimming pools, orchards and endless gardens for roaming and gazing at roses and grapevines.

“You think you’re in Tuscany, not in Venice,” says Bortolotto Possati. “Giudecca is known as the orchard of Venice.”

The new villa is far from fussy, with its exposed beams, original frescoed walls and picture windows that face the main island of San Marco. She offers an eco-shuttle from the villa to the Bauer hotel, the largest in the group, which is powered by solar panels.

“There’s no noise, no smell and it doesn’t cost anything to run,” she says of the boat. “But it has no style…it’s functional, but I need to make it hip and aggressive.”

Bortolotto Possati knows there’s a lot more to Venice than Bellinis and blown glass. Below, her top tips for seeing the city from a fresh angle:

• Rent your own boat: If you think a gondola is too slow and too difficult to handle and you’d prefer to navigate your own way around town, you can rent a small, typically Venetian boat even if you have no prior sailing experience. Staff at Brussa Is Boat are happy to show anyone the ins and outs of navigating the city’s myriad canals. Phone: +39-041-715-787. Web site: brussaisboat.it.

• Embark on a treasure hunt. For centuries, the citizens of Venice have adorned their city with every form of imaginative creature: birds and beasts, fish and fowl, the friendly and the ferocious. Save Venice has concocted a series of treasure hunts for particularly inquisitive visitors. Savevenice.org or Save Venice, 15 East 74th Street New York, N.Y. 10021.

• Grab your golf clubs and head to the Lido. Titian, the Grand Canal, and…a hole in one? The late Count Giuseppe Volpi di Misurata commissioned the course, now among one of the best in Europe, and it’s filled with trees including maritime pines, willows, poplars and mulberries. The course, which overlooks the lagoon, is open throughout the year. Golf Club Lido di Venezia. Phone: +39-041-731-333. Web site: circologolfvenezia.it.

• Explore the island of Mazzorbo. One of the quieter inhabited islands of the Venetian Lagoon, Mazzorbo is joined to its more famous neighbor, Burano, by a long footbridge. Escape the crowds and tourists, and feast on views of fishing boats drawn up on the shores, stretches of farmland, and a few scattered houses and villas. Tenuta Venissa Fondamenta Santa Caterina. Phone: +39-041-527-2281. E-mail: info@venissa.it

• Explore the city’s secret gardens. Venice isn’t only a city of stone. Learn why the locals chose to build gardens in such a difficult environment. Throughout the city’s history, gardens have played an important role, both functional and social. The guides belong to the Venetian Garden Association, and tours generally include a visit to three gardens, two that belong to convents and one belonging to a secluded palace, with a garden that’s a beautiful example of the Renaissance Venetian style. Phone: +39-328-841-6748. Web site: giardini-venezia.it.

• Scuola Grande di San Rocco: This school was built in 1515 and soon became famous because of the Tintoretto paintings commissioned as decoration. In addition, there are works by Giorgione, Titian and Tiepolo. Phone: +39-041-523-4864.