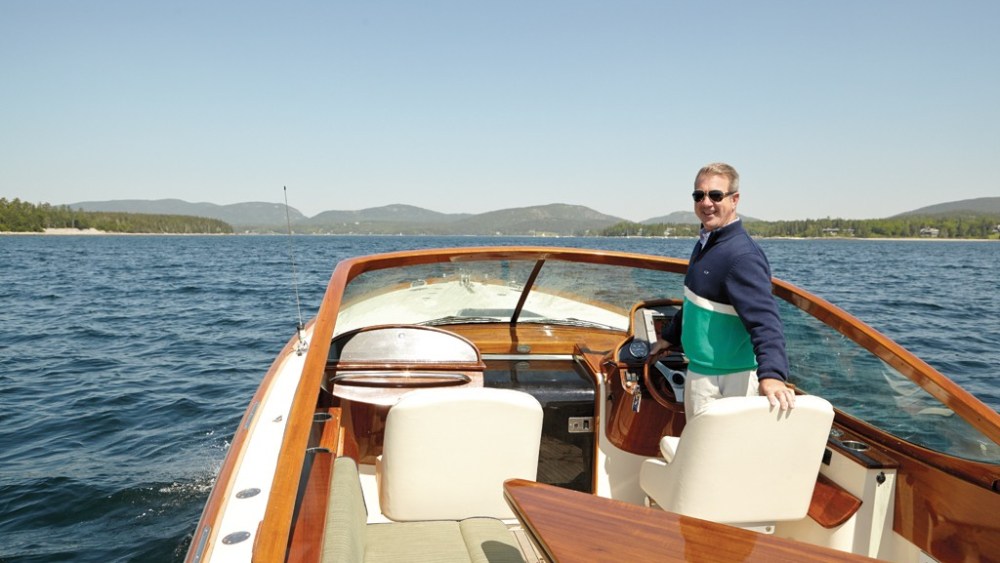 The first Saturday in May is horseracing’s biggest day — and it’s also become a marquee marketing event for Vineyard Vines. The preppy brand signed on with Churchill Downs as the “Official Style of the Kentucky Derby” in 2011, creating a collection of Kentucky Derby-themed men’s and women’s apparel. It was the first time in the storied race’s history that it endorsed an official fashion collection.

Earlier this year, Vineyard Vines renewed the three-year Kentucky Derby license deal, extending its sponsorship through 2016. The agreement brings the brand’s marketing reach to the horsey demographic, a natural affinity group to Vineyard Vines’ home-base demographic on the East Coast.

“We are pretty active guys, and for us, this was a really fun combination of sport and fashion coming together,” said Ian Murray, cofounder and co-chief executive officer of Vineyard Vines. “We’ve tried to align ourselves with long-standing traditions, so to be partnered with such an iconic institution as the Kentucky Derby — which will be in its 140th year next year — is an honor and a privilege.”

Other pillars in Vineyard Vines’ marketing strategy include almost monthly catalogue mailings, a robust interactive social media effort and an ambassador program on college campuses. In all these platforms, Vineyard Vines incorporates its customers’ own input, comments, photography and enthusiasm for the brand.

“We can’t compete with companies that have massive advertising budgets,” said Murray. “We feel that having people endorse us by helping tell our story rather than paying to put images in front of people is more effective for us.”

Apart from showcasing its collections and driving e-commerce sales, the brand’s catalogues help bring the brand to life. Each catalogue features editorial related to the Vineyard Vines lifestyle, with customers’ own snapshots sprinkled throughout the pages.

For the fall 2013 catalogue, the Vineyard Vines team traveled to Maine to photograph and document the boat builders at Hinckley Yachts. Other recent catalogues have included shoots at Baker’s Bay resort in the Bahamas, with related features on compelling characters from around the islands; an issue dedicated to the stories of entrepreneurs; a fall back-to-school catalogue featuring 10 college students and recent graduates as models, and a holiday catalogue spotlighting inspiring philanthropists.

The company mails out catalogues 10 times a year, with a circulation of between 400,000 and 900,000 per catalogue, depending on the season and target goals.

Vineyardvines.com spotlights a “Wedding Wednesday” feature, which highlights the nuptials of Vineyard Vines fans, with photos that often have the groomsmen in the brand’s ties and bridesmaids in the brand’s dresses. “We love sharing our customer stories and how they’ve taken Vineyard Vines and made it part of their life,” said Lindsey Worster, vice president of brand communications at Vineyard Vines.

That same approach is utilized in the brand’s social media plan. The brand uses the slogan “Every day should feel this good,” and it encourages customers to post photos on Twitter and Instagram illustrating that philosophy, affixing the hashtag #EDSFTG.

Scrolling through social media posts with that hashtag reveals a passionate demographic of Vineyard Vines enthusiasts. Instagram alone has more than 4,700 photos bearing that hashtag. There are photos of fans creating sand whales on the beach in homage to the brand’s pink whale logo, smiling coeds posing in front of Vineyard Vines stores and loads of families wearing their favorite Vineyard Vines ensembles on sail boats, on college campuses and at cookouts.

“When people ask me what #EDSFTG means…#ItsAPrepThing,” wrote one whale-head on Twitter. “Is there such a thing as too much Vineyard Vines? Heck no,” wrote another.

“We’ve always felt that social media is really about engagement with our customers and creating a two-way conversation. It’s not about sales, but more about building the Vineyard Vines lifestyle,” said Worster.

That kind of engagement led Vineyard Vines to create a college program for student brand ambassadors, who are unpaid but receive promotional items to distribute to friends on campus, such as stickers, beer coozies and Frisbees. For the 2013-14 school year, the company has more than 300 “whale reps,” as they are known. Schools with the most reps include Notre Dame, University of Georgia, Boston College, Georgetown, Washington & Lee, University of South Carolina, University of Alabama, University of Kentucky, University of Richmond, Cornell and Middlebury.

“I think people like to be part of the brand. We send them swag to distribute. They help represent us on campus, and their friends get some benefits also,” explained Murray. “We started this company with our own seed money and we don’t have financial backers, so we’ve had to be resourceful with what we have. Rather than spending $10,000 to rent a list of names for a mailing, we’d rather have a group of college kids help get our name out there.”

Under its “Tied to a Cause” umbrella, Vineyard Vines partners with a range of charities to raise funds and awareness for philanthropic causes. The most recent partner was the Autism Speaks organization, in which a tie and a tote bag were decorated with the organization’s logo, a jigsaw puzzle piece, with all sales donated to the group. Past partners include AmeriCares, the Breast Cancer Alliance, the Michael J. Fox Foundation, the Robin Hood Foundation, Share Our Strength, the USO and Waterkeeper Alliance.

Perhaps surprisingly for a brand with such an enthusiastic fan base, Vineyard Vines has not yet inked any licenses, taking a cautious approach to those potential opportunities in areas like accessories and home. Ancillary product, such as Vineyard Vines iPhone cases from Case-Mate and beer coolers from Yeti, are made specifically for Vineyard Vines by those companies.

“We feel licensing is a great opportunity for the brand, but we’re not ready yet,” explained Mike Gaumer, president of Vineyard Vines. “When we are ready, we want to make sure we do it in the right way to capitalize on the opportunity, but also protect the brand.”

Apart from the Kentucky Derby tie-in, Vineyard Vines has occasionally partnered with outside brands. Earlier this spring, the company helped design branded guest suites in boutique properties owned by Lark Hotels in Kennebunkport, Maine, and Nantucket, Mass. The rooms feature pillows and bed bolsters made from Vineyard Vines boardshort material and edging on window shades from Vineyard Vines belts.

In 2010, the company partnered with St. Francis Winery to produce a limited-edition tipple called A Whale of a Chardonnay, which was emblazoned with the pink whale logo and packaged in a Vineyard Vines tote. A portion of the wine’s sales was donated to Waterkeeper Alliance.

At the Derby itself, Vineyard Vines has expanded its participation each year. For two years, Vineyard Vines has hosted “Whalestock” in the Churchill Downs infield — which tends to attract a younger, less moneyed crowd than the pricier grandstand seats — with concerts by Nashville-based artists. Meanwhile, up in the private boxes, the company partnered with Woodford Reserve on a $1,000 mint julep for charity, which was packaged in a box lined with Vineyard Vines silk, along with a tie or scarf.

In May, the company partnered with another Derby sponsor, Ram, to wrap one of its trucks in the signature patchwork, which was then showcased at the racetrack throughout Derby week.

“We want to be able to cater to the Jockey Club suites that are more of a luxury experience, as well as the infield, which is more like a fraternity party,” said Murray. “We may be in the fashion business, but we don’t really view ourselves as a fashion company. We are in the brand business. We try to be inclusive rather than exclusive — we want the whole family and for every wearing occasion.”