The former button and ribbon factory has emerged as a boutique hotel in downtown New York. 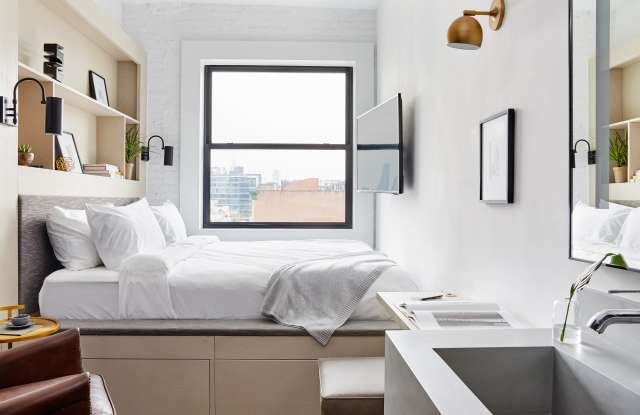 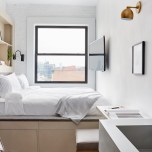 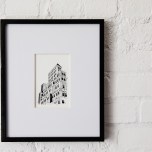 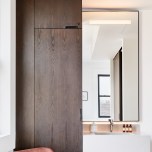 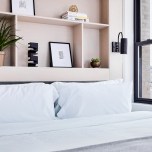 TriBeCa has a new space to retreat from the chaos of downtown New York.

The Walker Hotel Tribeca recently opened adjacent to Cortlandt Alley — even if you haven’t been, you may recognize it; it’s the most filmed alley in New York — and adds to a recent cultural revitalization of the still-industrial parts of the neighborhood.

The historic building had been vacant for several years when Bridgeton chief executive officer Atit Jariwala purchased it to transform into a boutique hotel as a sister property to The Walker Hotel Greenwich Village. Conceived as a button ribbon factory, many of the original details of the building are in place, including an old elevator shaft.

The location opens in the midst of a revival for the neighborhood around Cortlandt Alley. The hotel’s alley neighbors include galleries — Andrew Kreps Galleery, Artists Space, Postmasters Gallery — and restaurant Au Cheval. “A lot of things came together after we announced, especially with the art world,” says Jariwala. Other galleries including Bortolami, Alexander and Bonin, and James Cohan have decamped from Chelsea to the area in recent years.

“I think this intersection between SoHo, TriBeCa and Chinatown is really new and exciting from that perspective — all these buildings have turned into something different and unique,” he adds.

Plus there’s plenty to do outside of the rooms. The Walker has several dining and lounge options: a seasonal outdoor terrace bar with an open vantage of downtown, a forthcoming subcellar cocktail bar in a former vault and an intimate ground floor restaurant, which will be veggie-forward and headed up by a James Beard winning female chef, to be revealed in the coming months.

The hotel’s public lobby is furnished with midcentury furniture, a nod to the building’s history, with space to work or socialize. A downstairs reading room offers a quieter alternative, and can be booked for private events. The Walker is also home to an adjacent Blue Bottle coffee shop, the company’s only location inside of a hotel (the business’ chief operating officer is B-School friends with Jariwala). “He said that his boss called him and said, ‘Hey are these numbers right, are you doing that well?'” says Jariwala.

With the hotel already booking at capacity during its soft launch, hopefully The Walker’s numbers will continue to follow suit. 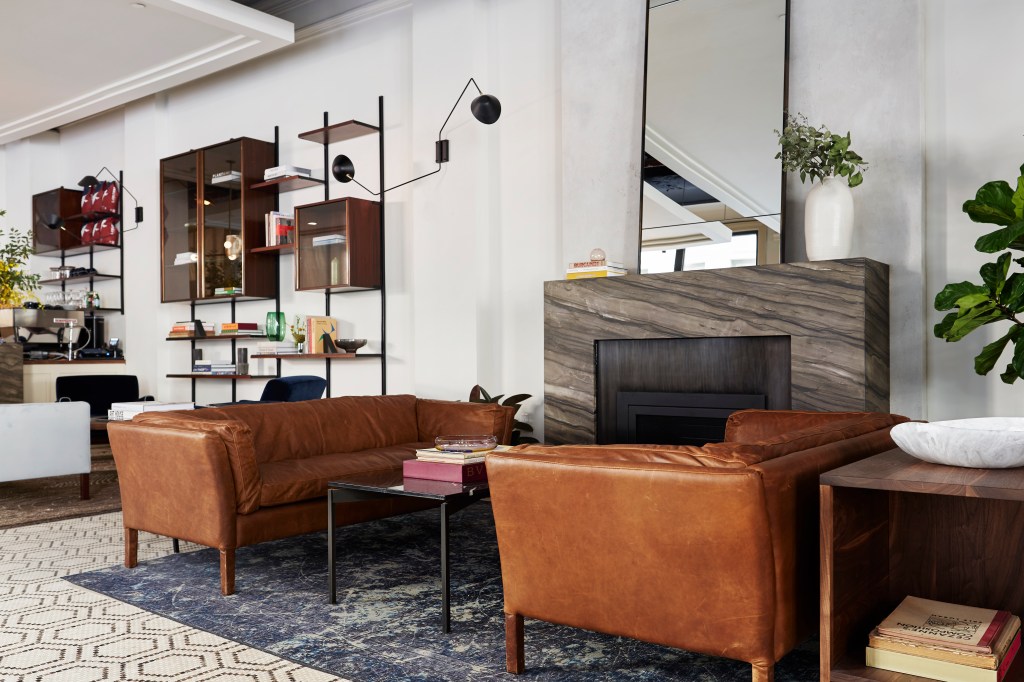