What to Do During New York Fashion Week: Men’s

Where to eat, shop and attempt to relax between shows. 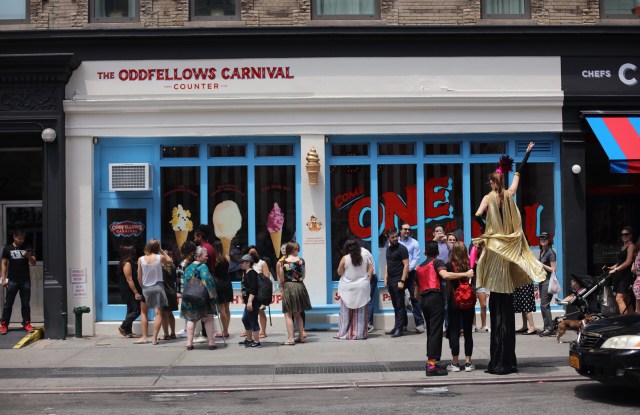 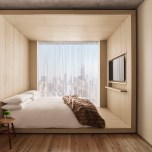 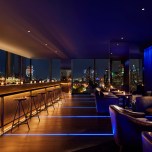 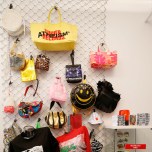 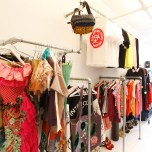 Cervo’s, a restaurant founded by Nialls Fallon and chef Nick Perkins, has landed on Canal Street. Fallon and Perkins, the team behind Hart’s in Brooklyn’s Bedford-Stuyvesant, looked to the Iberian coastline to build the menu, which is filled with sustainable seafood and vegetable-heavy dishes including beef tartare with littleneck clams; oysters; prawns with sweet chile and oranges, and grass-fed lamb burgers topped with anchovies. Other things to note: all of the wine is from the Iberian Peninsula and the restaurant is closed on Mondays and Tuesdays.

This South Williamsburg spot is the third addition to the Loosie brand, which started with Loosie Rouge, a bar, and Loosie’s Kitchen, a restaurant serving Southern-style dishes. Now co-owners Damien del Rio, Vincent Marino, Max Peskowitz and Garry Knopov have opened an all-day café that looks as if it was plucked out of Miami and placed under the Williamsburg Bridge. Expect the basics — espresso, macchiato and flat whites — along with an extensive variety of organic wine and matcha (think fennel lemonade matcha and an Arnold Palmer matcha). The food menu is made up of homemade pastries, tartines, sandwiches and grain bowls.

Similar to the Chefs Club in NoLIta, this eatery, which was started by Stephane De Baets, switches up its menu and chef every couple of months. This summer it partnered with Odd Fellows, the ice cream business based in Brooklyn, on a carnival-inspired concept. Odd Fellows chef Sam Mason has imagined all types of festive flavors including a caramel popcorn soft serve and cotton candy Creamsicle, which consists of vanilla and tangerine soft serve wrapped in orange cotton candy.

“Calder: Hypermobility” at the Whitney Museum

Work from Alexander Calder, the artist who invented the mobile in the early Thirties, is on view at the Whitney Museum. This exhibit focuses on Calder’s most dynamic sculptures and presents them in motion. The exhibit is complemented by original music by Jim O’Rourke that fuses jazz, modern composition and field recordings.

“Hop, Skip, Jump and Fly: Escape From Gravity” at The Highline

Sheila Hicks, the American artist who uses colorful fibers to build expansive installations, has brought her work to the Highline, the elevated park that spans from the Meatpacking District to Hudson Yards. This time around Hicks, who is in her 80s, has constructed large tubes made from different colored fibers that snake along the Western Rail Yards, which also offers a nice view of the Hudson River.

The Western Rail Yards runs between West 30th and West 34th Streets to the south and north, and 10th and 12th Avenues to the east and west.

Jazmin Venus Soto, the DJ better known as Venus X who founded the GHE20G0TH1K party series in 2009, has opened a Chinatown store that sells vintage and new products. The space — which was influenced by Soto’s Freak Pharmacy raves and is decorated with a GHE20G0TH1K New York biohazard-style neon light, a wheelchair, oxygen tanks and syringes — is stocked with pieces from Kamikaze, Lou Dallas and Bjarne Melgaard along with vintage pieces from Comme des Garçons, Moschino and Chanel.

James and Gwendolyn Jurney have run Seize sur Vingt, a bespoke clothier, since 1998 but earlier this year they relocated the shop from Greene Street to the Bowery and started a new concept, which they describe as a fashion incubator and collective. In addition to producing Seize sur Vingt, its tailored collection, the Jurneys also design Troglodyte Homunculus, a more casual line, and United Boroughs, an active-leaning collection made from technical fabrics. To keep customers interested, they’ve tapped a host of designers including Isabella Spataro, Adi Mucktar-Barnes and Luke McCann, to design pieces for their brands. The store also serves as a gallery space and works from Monica Kim Garza are on display and for sale.

Ian Schrager, the founder of Studio 54, has opened Public Hotel on the Lower East Side. Schrager wanted to offer a luxury hotel experience to the masses — rooms start at $150 a night. The hotel also boasts a variety of spaces for the public. There’s Louie, a marketplace and coffee shop, along with the Public Kitchen, which is helmed by chef Jean-Georges Vongerichten and serves New York-centric cuisine — sushi, hamburgers and pastrami sandwiches for example. Because Schrager is well versed in entertainment venues, he’s opened Public Arts, a subterranean modular space built for performances, film screenings and art openings.

Under the Sea: Fishbone Opens in Basement of Seamore’s in Chelsea

You Can Now Line Up for an Eggslut in SoHo