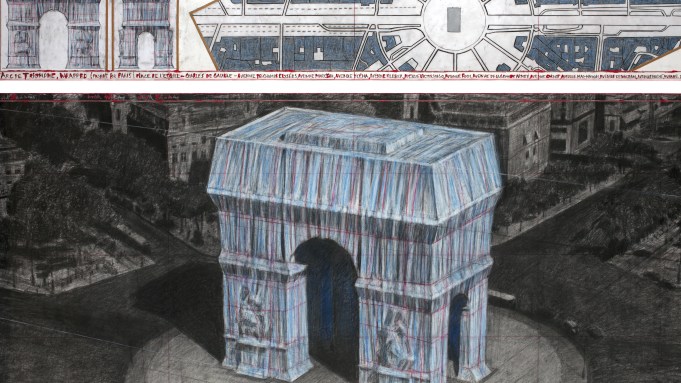 On Feb. 11, Surrealist pop painter Peter Saul’s first New York museum survey, “Crime and Punishment” opens at the New Museum; it follows dual gallery shows for Saul and wife Sally Saul at Almine Rech in Paris opening Jan. 18, respectively titled “Art History Is Wrong” and “Hideout.” Rem Koolhaas and Samir Bantal direct attention to environmental and socioeconomic issues at the Guggenheim through their exhibition “Countryside, the Future” opening Feb. 20. With major support from Sies Marjan, the research-driven installation will occupy the museum’s rotunda and explore changes in the earth’s land not occupied by cities. The first U.S. retrospective of Donald Judd‘s work in more than 30 years opens March 1 at MoMA, where the late artist’s sculptures, paintings and drawings will be on display on the newly renovated museum’s sixth floor. The museum will also exhibit eight of MIT professor Neri Oxman‘s major works in “Material Ecology” from Feb 22. Over in Long Island City, MoMA PS1 on April 5 will be the first museum in New York to exhibit feminist-activist Niki de Saint Phalle‘s work.

In Paris, the Centre Pompidou will show a solo exhibition of pioneering land artist Christo and his late wife Jeanne-Claude’s work starting March 18. In collaboration with the museum and the Centre des Monuments Nationaux, later this year Christo will wrap the Arc de Triomphe in polypropylene silver, blue fabric and red rope, a culmination of the artist’s public artwork plan, which began more than 60 years ago; “Wrapped” will be on view from Sept. 16 to Oct. 4.

Pace Gallery in London will present its second solo exhibition of James Turrell‘s light works from Feb. 11 through March 27, including four new works from his “Constellation” series. On Feb. 13, it will all come full circle for London native Steve McQueen when the Tate Modern, which awarded him the Turner Prize in 1999, will present the first major exhibition of McQueen’s work in the U.K. in more than 20 years. “Kimono: Kyoto to Catwalk,” an exhibition looking at the cultural significance of the kimono in Japan and worldwide from the 1660s to present, opens at the Victoria and Albert Museum on Feb. 29.

The spring season will culminate with the opening of The Met’s spring Costume Institute exhibition, “About Time: Fashion and Duration,” which explores the impact of the past 150 years of fashion. The show is part of the museum’s 150th anniversary celebration.

Museum of Graffiti Opens in Wynwood

WATCH: Behind the Seams of New York City Ballet’s ‘The Nutcracker’