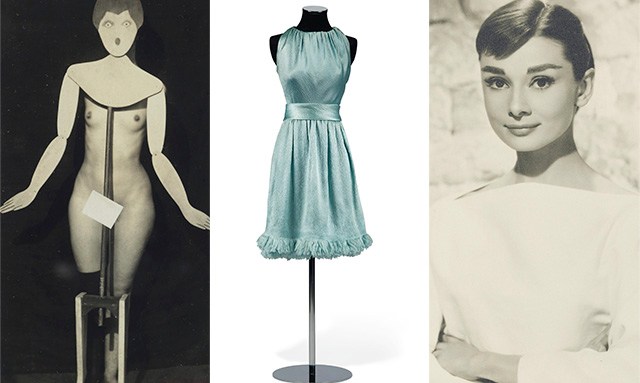 Owning a piece from the Museum of Modern Art’s collection isn’t an everyday opportunity, but in October Christie’s will be auctioning — both live at their New York gallery and online — select items from the museum’s Department of Photography.

Works by iconic 20th-century artists including Man Ray, Alfred Stieglitz, Edward Steichen, Dorothea Lange and Walker Evans will be on offer at the Oct. 10 sale, with proceeds directly benefitting the fund supporting future photo acquisitions. But don’t expect to see conspicuously empty spaces along the gallery walls. Many of these works are copies of exhibition pieces held by the museum and were used for press and public relations purposes in the days before digital images could be shared with the public by a click of the mouse.

“MoMA had the first full department dedicated to the medium of photography and it’s had that position of authority for many decades,” explained Christie’s International Head of Photographs Darius Himes. “Over the decades various duplicates amassed. Often it’s the case for the museum that any duplicate material is considered in relation to the overall depth [of a photographer’s body of work] the museum may have.”

It’s been 15 years since MoMA has thinned out their vast collection with such a sale and pieces on offer will be attractive to buyers at nearly every level with sale estimates ranging from nearly $300,000 for a one-of-a-kind Man Ray “Rayograph” to under $3,000 for lesser-known pieces. “It doesn’t get more important than MoMA,” added Himes. “That provenance and history is important and an amazing opportunity for collectors of all backgrounds and levels of experience to get excited.”

There will also be a series of online sales closing October 11 and 12 from the MoMA deaccession that will feature only the work of Henri Cartier-Bresson and another titled “Pictorialism Into Modernism,” which encompasses the late 19th- and early 20th-century modernist period with works by various artists.

Additionally, on October 9 and 10 Christie’s will host sales of photographs from two privately held collections. “This is always an exciting moment in the market because these pieces have often been shaped by an individual over a long period of time and haven’t [previously] been on the market,” said Himes.

Across the pond, film buffs will delight in owning a piece of one of Hollywood’s most legendary actresses as Christie’s London presents personal items from the estate of Audrey Hepburn, who died of cancer in 1993. With a live sale on September 27 and an online auction from September 19 to October 3, the objects chronicle Hepburn’s extraordinary life through treasured personal effects.

On offer will be rare pieces including annotated copies of film scripts from some of her best-loved films — including “Breakfast at Tiffany’s” — as well as signature wardrobe pieces including a Burberry raincoat, a selection of ballet flats in a multitude of colors, a monogrammed powder compact by Ciardetti Firenze and a blue satin Givenchy cocktail dress worn in a 1966 fashion editorial shoot.