The artist, inspired by Vice President Kamala Harris' acceptance speech in November, brought a group of women together for a collaborative.

María Magdalena Campos-Pons has a gift for bringing people together through the language of art.

Inspired by Vice President Kamala Harris’ acceptance speech in November, the Cuban-born and Nashville-based artist envisioned a collaborative video project to mark the historic moment. A little over two months later, that film has come to life in “When We Gather,” which she made in collaboration with artists Okwui Okpokwasili and Latasha N. Nevada Diggs, and director Codie Elaine Oliver (who, like Harris, is also a member of Alpha Kappa Alpha and Howard University alum). Each of the seven performers featured in the video are BIPOC, which underscores the theme of unity conveyed in the project and as America moves forward with a new administration.

“Magda [Campos-Pons] called me that morning [of the acceptance speech] and said, ‘Wendi, I have this dream, I have this very powerful vision. It came to me: There are a group of women all dressed in white of different races and sizes and shapes, and they’re moving counterclockwise in a circle around the White House, very slowly and deliberately,” says San Francisco-based gallerist Wendi Norris, who produced the project. “It’s a healing, or cleansing, to make way for the next leader to come in and start on a solid ground until we can move forward and usher in a new era.'”

Campos-Pons had already reached out to Okpokwasili and Diggs that same morning, and both artists were immediately on board to contribute. 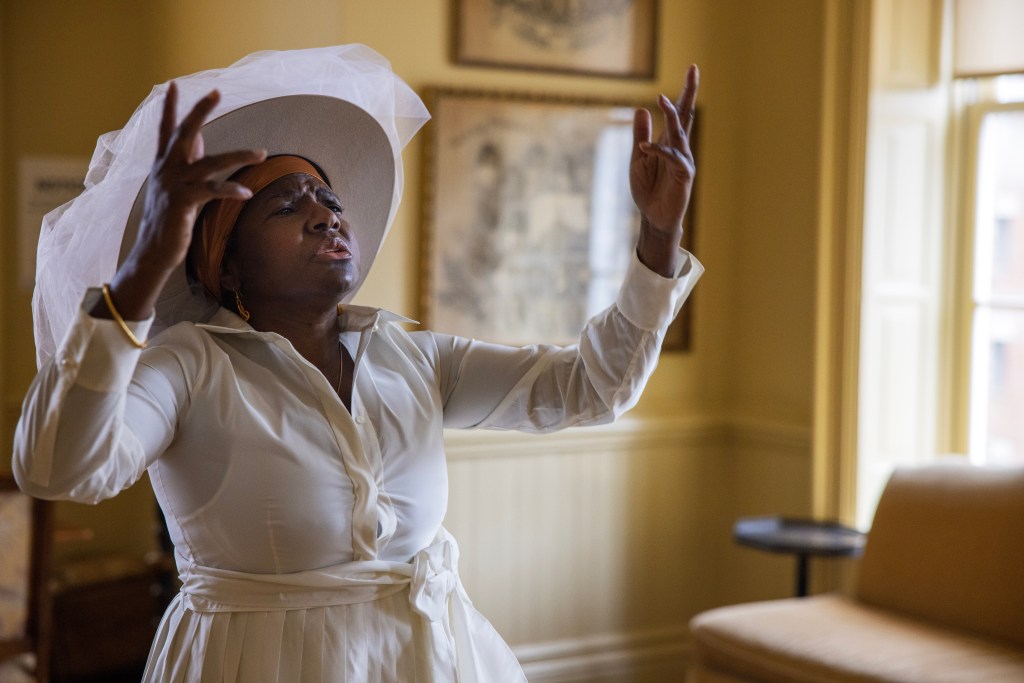 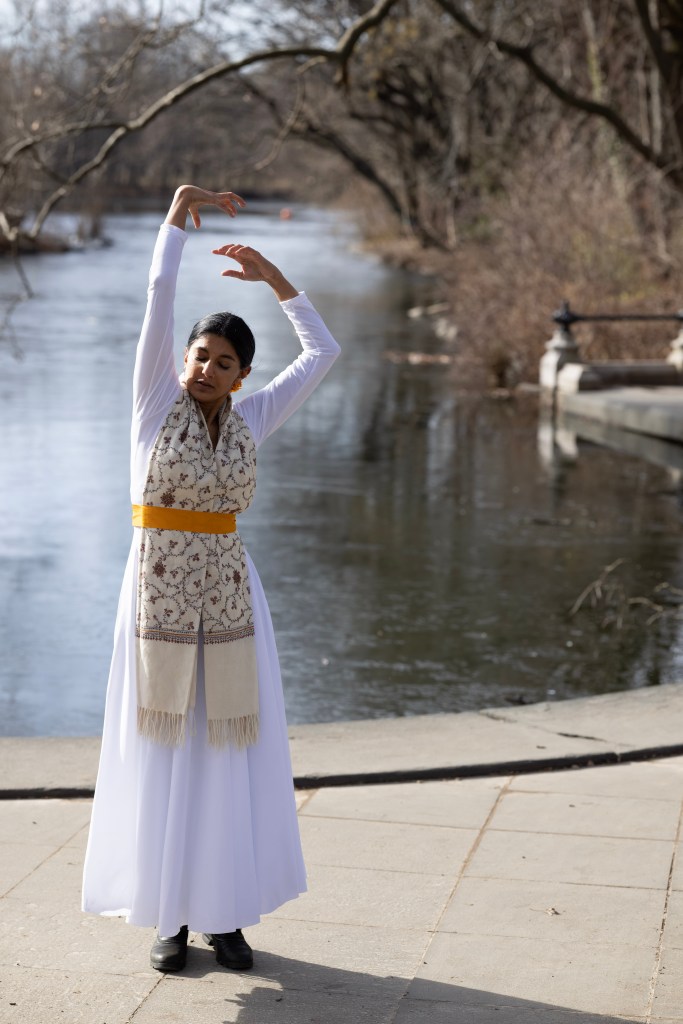 “I saw myself from a birds’ viewpoint, looking in from the top,” Campos-Pons says of the scene that inspired the film. The artist also heard a question tucked into her vision: “¿Adónde vamos?” “When We Gather” is an answer to that question of where we’re going.

“The idea of this project initially was of unity and community, cleansing and creating — and celebrating positive and good energy for moving forward, an energy that brings us together,” adds Campos-Pons. “Bringing all humans together is an extraordinary challenge.” Creating a collaborative video project in two months, at a distance (and over a holiday period) was also a unique challenge. (Norris notes that several industry executives have told her that the idea-to-release timeline for “When We Gather” was the fastest they’d ever seen for a creative project of its size.)

“A lot of times when we were signing off from the Zoom call, everybody would touch hands to the screen,” says Norris of the group’s gesture toward establishing a deeper connection during their virtual creative meetings. “And then we would take a screenshot where everybody’s fingers were touching from the other end. It was like an art work in and of itself.”

The three-minute film includes circular-based movement scores choreographed by Okpokwasili and a poem, inspired by Harris’ acceptance speech, that was penned by Diggs and voiced by Alfre Woodard. New York-based public art organization Creative Time came on as a presenting partner. The film is available to screen online through Feb. 15.

While Campos-Pons’ original vision included a circle around the White House, because of pandemic restrictions each artist who was featured filmed their parts in separate locations and linked together thematically through imagery of a blue ribbon; the color appears in many of Campos-Pons’ previous works. The video was distilled down to three hours from around 300 hours of footage, and is accompanied by a longer behind-the-scenes video, “When We Gather: Together.”

The project is also an invitation — viewers are invited to share their own video responses to prompts offered on the website and movements of celebration.

“Who could imagine that in 2021 we would have a woman of Afro-Caribbean, South Indian descent in the White House?” says Campos-Pons. “But it’s happening. It’s a very beautiful and good thing.” 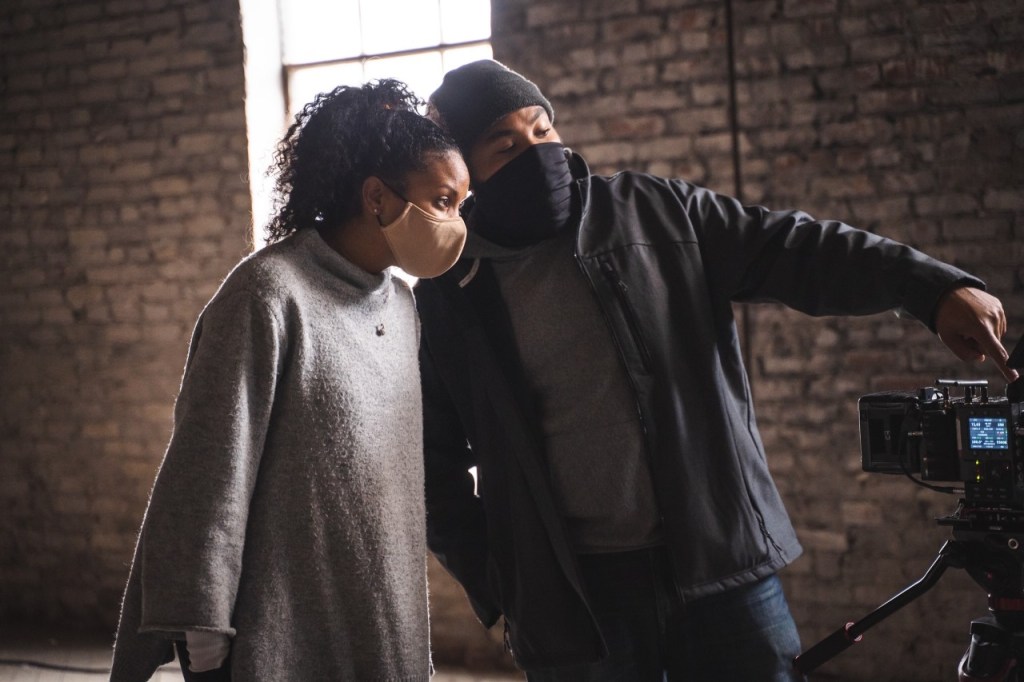