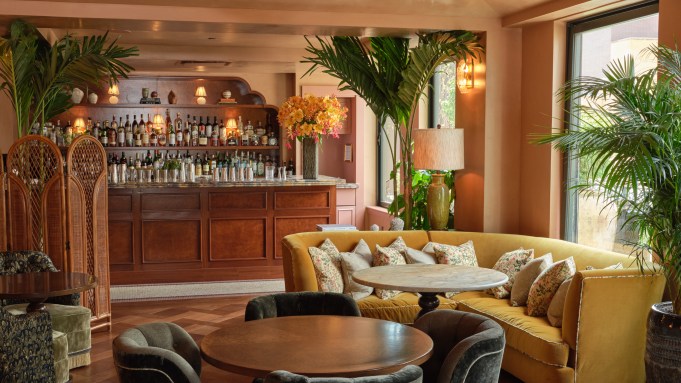 Hungry for something new? A lineup of New York City restaurants and hotels are keeping the hospitality scene fresh this fall.

Maialino remained closed throughout the pandemic, but is finally set to reopen, albeit around the corner from the Gramercy Park Hotel. The restaurant is popping up in a temporary space at The Redbury Hotel as Maialino (vicino) in October. In the Financial District, Danny Meyer’s 60th floor restaurant Manhatta is relaunching its full menu in mid-September under former Le Coucou chef Justin Bogle, with a focus on seasonal modern American dishes. Empellón chef Alex Stupak is also turning his attention to American cuisine, expanding his culinary preview with the opening of his new restaurant Mischa in Midtown later this fall.

Anyone passing through Rockefeller Center will discover several compelling culinary reasons to stay awhile longer. Openings this fall include Greg Baxtrom’s first Manhattan restaurant Five Acres, Jupiter from the King team and NARO from the Atomix and Atoboy team. Also in Midtown, the Fasano team will debut Baretto, a bar and lounge with live music, above its restaurant on Fifth Avenue.

Downtown, Hotel Barriere Fouquet’s New York is set to open soon in TriBeCa, marking the French hotel group’s first U.S.-based property. The hotel will include several dining concepts, including Fouquet’s New York, veggie-centric Par Ici Café and Titsou Bar. The Ned, another European import, opened an outpost in NoMad earlier this summer. The swanky membership club features two restaurants open to the public, Cecconi’s and cocktail lounge Little Ned. One block away is the Ritz-Carlton New York, NoMad, which recently opened and includes the second location of Mediterranean restaurant Zaytinya, from head chef José Andrés. Nearby, there’s also the historic and recently renovated Hotel Chelsea; stop by the lobby-floor cocktail lounge for a drink in the elegant surroundings.

For those looking for a decidedly newer New York vibe, check into the Nine Orchard. Located near micro-neighborhood “Dimes Square” in the Lower East Side, the hotel promises to be a buzzy downtown haunt. Nearby, Jon Neidich’s wine bar Le Dive is ideal for a quick catch-up.

Uptown, the luxury hotel market tops out with Aman New York in the Crown Building on Fifth Avenue. Suites at the newly opened hotel start at $2,600 a night — but you’ll have access to the property’s high-end amenities and dining concepts, available only to guests and members.

New members club 9 Jones is also betting on exclusivity this fall. The West Village club is led by a team of nightlife veterans and at least one celebrity backer (Carmelo Anthony) and is slated to set to open in September.