"Marilyn: Character Not Image" is open until Oct. 22 at Mana Contemporary. 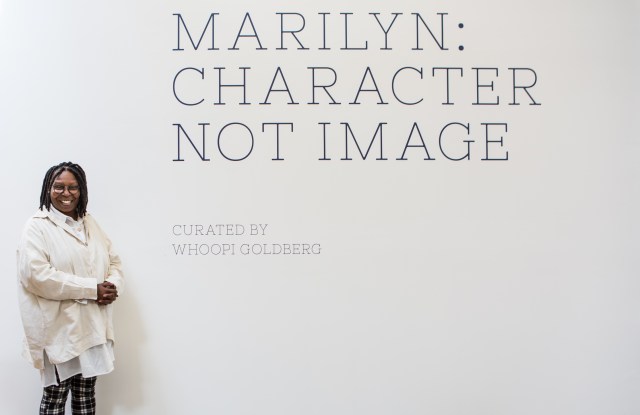 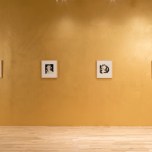 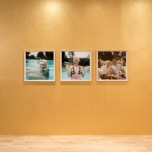 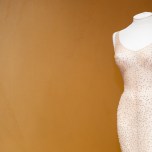 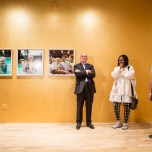 Whoopi Goldberg is the unlikely celebrity providing a new lens from which to reflect on Marilyn Monroe’s life. Goldberg helped curate Mana Contemporary’s latest exhibit, “Marilyn: Character Not Image,” in honor of the late icon. The exhibit features Monroe’s poems and drawings, photographs of her taken by Milton Greene and Weegee, video footage of her and the dress she wore when she famously sang “Happy Birthday” to President John F. Kennedy.

For those visiting the exhibit wondering if it will teach them anything new about Monroe — the poems and drawings are novel inclusions. But there’s also the curious (and very straightforward) story of Goldberg’s involvement.

“[Goldberg] came here to visit the arts center and we were working on maybe doing a show of Marilyn Monroe,” Eugene Lemay, president of Mana Contemporary, says. “She had a personal connection and said, ‘I want to curate it.’”

Goldberg admits she’s a “huge fan” of Monroe and also knows the Strasbergs, with whom Monroe was very close. “Anna [Strasberg] is a friend of mine, so because of her, I’ve gotten to know a lot more about Marilyn,” Goldberg says. She adds that Greene’s photographs — specifically, one of Monroe smiling innocently in a pool while wearing a black-and-white-checkered bikini — had a strong effect on her.

“That’s Norma Jean,” Goldberg says, referring to the photo. “And then you see the next picture of her with Arthur Miller, and that’s Marilyn Monroe.” This duality is a recurring theme throughout the exhibit. A picture of Monroe with goats and a pony is mounted less than a hundred feet away from a pod containing her “Happy Birthday” dress. The display purposefully juxtaposes rare depictions of Monroe’s down-to-earth side with ones of her glamorous side. The walls of the room are painted gold for Monroe’s outer image. By being in the room, i.e. contained by the gold, you are thought to be entering Monroe’s mind.

Goldberg says that she feels both “happy and sad” whenever she sees any of Monroe’s belongings. Her work on the exhibit hasn’t alleviated the conflict of her emotions, but it has opened her perspective. “Here we all are together and here’s this woman and how she may have seen herself sometimes,” Goldberg says. “We’re not perfect.”

“They sewed her into that dress,” she continues, referring to Monroe’s “Happy Birthday” performance outfit. “Literally, that’s why she was late onto the stage because they were still sewing her into this dress because it had to look a certain way. So you look at the dress and then you look at the pool and you look at her with the goats and you think, ‘Wow.’ It makes me want to say to people, ‘Just be careful how we treat each other. That’s all.’”

“Marilyn: Character Not Image” is open until Oct. 22 at Mana Contemporary.