As far as Austin city history, Hotel Magdalena is located on hallowed land. In the Fifties, it was the site of the bustling Terrace Motor Lodge; in the Seventies, Willie Nelson purchased the property and opened the Austin Opry House, a legendary venue which defined the city’s music scene. Now — after a brief delay due to COVID-19 — the South Congress location has been reborn again.

“It feels great to be hiring people,” says Bunkhouse chief executive officer Amar Lalvani, who recently stayed at Hotel Magdalena himself during its soft opening. The hotel is also primed for the current times with generous outdoor space; each room has a terrace, and the hotel is situated around a large outdoor pool and dining area. With 89 guest rooms, it’s the largest offering from Bunkhouse Group, which also runs the adjacent Hotel Saint Cecilia and nearby Austin Motel.

“We like having so many hotels close to each other,” Lalvani says, adding that they also have the demand to ensure the spaces aren’t competing. “I felt very comfortable that we could do something that was complementary to the existing hotels, but also provides another unique experience.”

Located on Music Lane, Hotel Magdalena taps into the nostalgia of the free-spirited Seventies and cowboy culture, and pays homage to its roots as a place for people to gather with friends and listen to music. “We thought we’d create an oasis with the nostalgia from this period that people love about Austin, with what people love about living in Austin,” says Lalvani. “South Congress has become very bustling and busy and we had the opportunity to create this inward-facing sanctuary.”

The bright interiors were inspired by the nearby Barton Springs, a popular watering hole and outdoors gathering place, and lakeside culture channeled through a Seventies design lens. Rooms are outfitted with walnut wood furniture, and the orange tone is complemented by furnishings with a primary color palette. Music accents — record players, vintage vinyls, photography from Nelson’s music venue — underscore the Seventies-era influence. Hotel Magdalena is also the first hotel in North America constructed mass timber, a material lauded for its sustainable attributes. 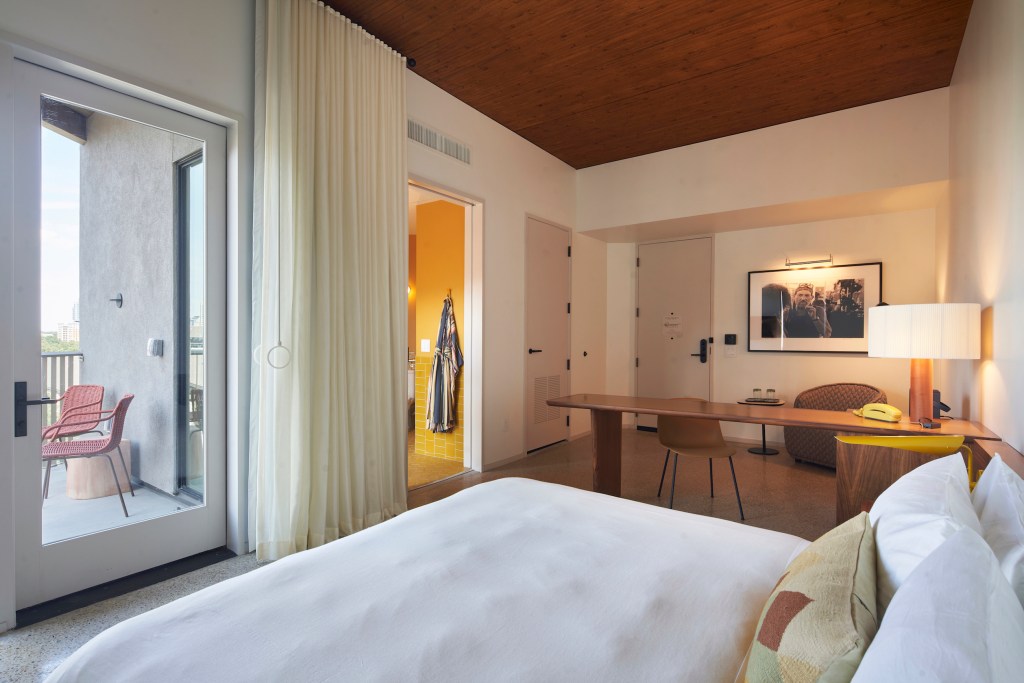 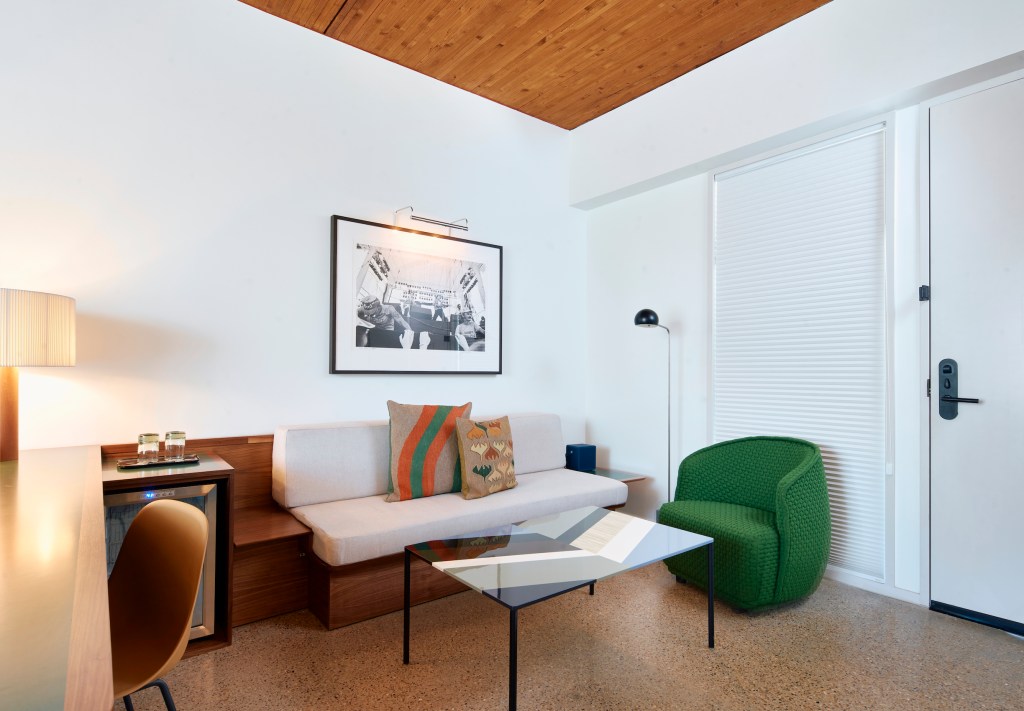 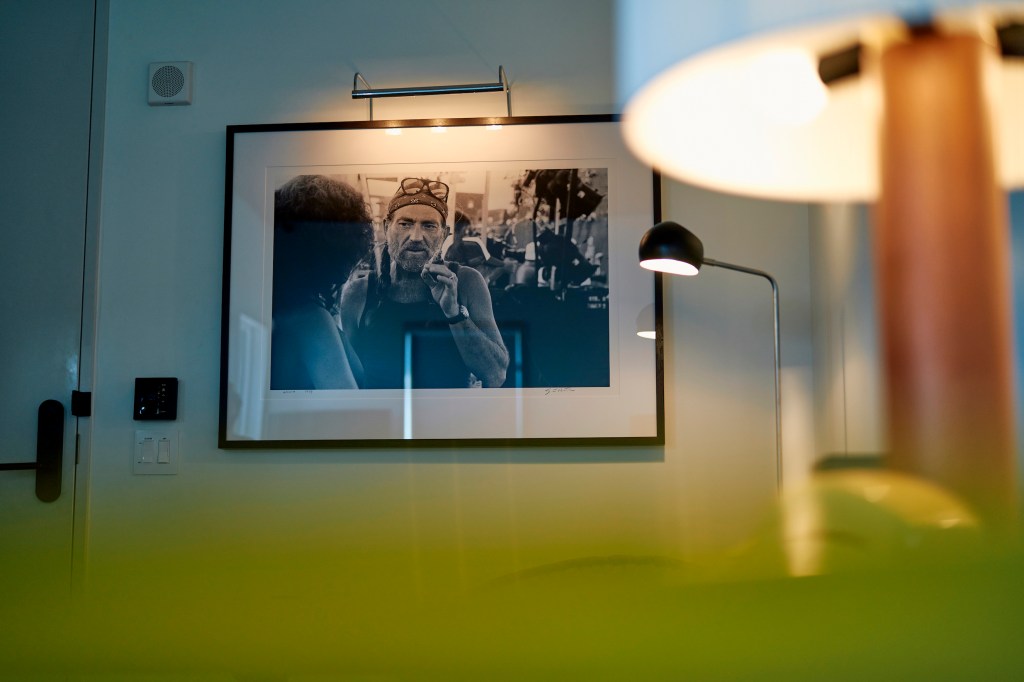 Music is a defining feature of all the Bunkhouse properties, but Hotel Magdalena is the first property with a dedicated outdoor event space, which will eventually host a slate of live musical programming. (And is sure to be well-utilized during events like SXSW and Austin City Limits.) A restaurant helmed by chef Jeffrey Hundelt, Summer House on Music Lane, will open later this fall. Located on a slope, the property also boasts views of downtown Austin.

Bunkhouse names many of its properties for saints, and Hotel Magdalena — named for the saint of sinners — speaks to the city’s lively past, present, and hopeful future as a music mecca.

“It’s a little play on Austin is full of saints and full of sinners,” says Lalvani. Many great musicians — “who were saints and sinners in their own right” — have graced the area with their presence throughout the years. Hotel Magdalena hopes to give them another reason to return. 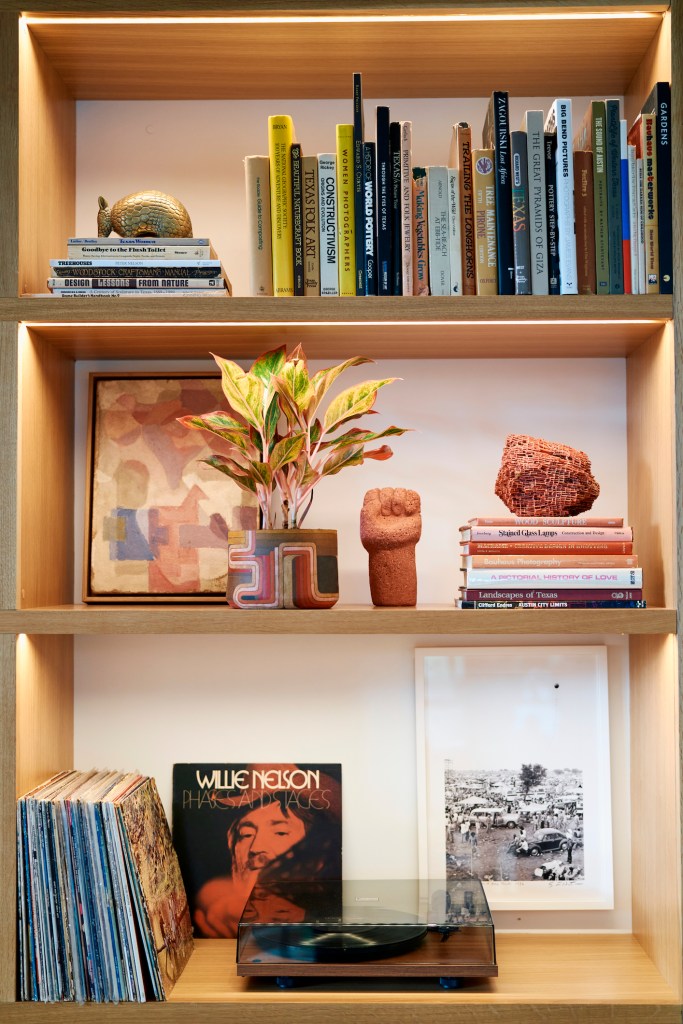