New book is a meditation on the dark side, on our fascination with unfortunate events. 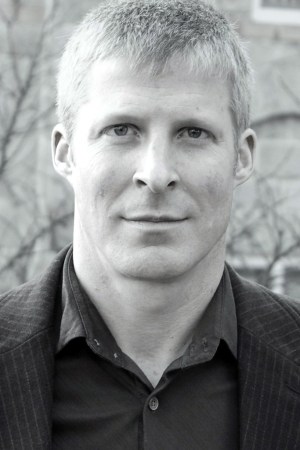 “It is not enough that I should succeed,” Gore Vidal once said. “Others must fail.” Eric G. Wilson, whose latest book is “Everyone Loves a Good Train Wreck: Why We Can’t Look Away” (Sarah Crichton Books/Farrar Straus & Giroux), echoes that idea in this tome, and when he adds that one of his favorite essays is William Hazlitt’s “On the Pleasure of Hating.” “When a celebrity falls from grace, well, you think, ‘You thought you were so great, it turns out that I’m better than you,’ ” he says. “ ‘You deserve what you got, you spoiled brat drug addict. Whew, there but for the grace of God go I; I’m glad I’m not Charlie Sheen.’ There’s a little bit of schadenfreude, an extremely complicated feeling.”

Wilson, the Thomas H. Pritchard Professor of English at Wake Forest University in Winston-Salem, N.C., has written eight other books, five of them on literature and psychology; the other two are “Against Happiness: In Praise of Melancholy” and “The Mercy of Eternity: A Memoir of Depression and Grace.”

Wilson’s new book is a meditation on the dark side, on our fascination with unfortunate events, other people’s ill luck and violence. He writes, “Morbid curiosity arises from heterogenous and complicated factors, and is quite possibly of value to society, either as a catalyst for purgation of aggression or the incorporation of the shadow.”

The clearly argued book is a case for how, as he writes, “My fascination with certain forms of the macabre has made my life fuller and richer.”

On a rather innocuous note, he celebrates the notion of pratfalls, from Laurel and Hardy to a series of clips on YouTube of people falling. But he also visits something called The Odditorium, belonging to Joe Coleman, an artist who collects such things as wax hands, death masks and coffins. Coleman painted a portrait of Mary Bell, a Newcastle-upon-Tyne girl raised by an abusive prostitute, who, as a child, killed two younger boys, one of them her cousin.

Wilson spends time, too, with Nowell Briscoe, a retired Atlanta mortician who collects obituaries, including those of celebrities and intriguing strangers. The writer explores dark tourism, which includes tours of New Orleans’ still-damaged Ninth Ward and, more off-putting, a farmer who charged $65 a person to visit the field in Pennsylvania where Flight 93 went down on 9/11.

“Though we hate the shadow, we also secretly desire it, because in our deepest recesses, we actually yearn for ruin,” he writes. “We might profess pristine piety, but we really have sympathy for the devil.”