Wölffer Kitchen – the new dining concept from the popular winery in Sag Harbor – is already fully booked three weeks out. 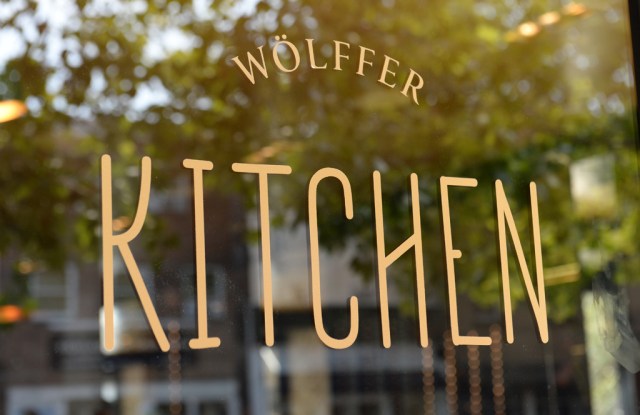 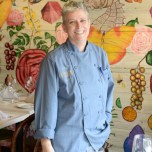 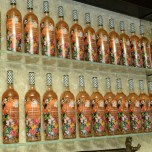 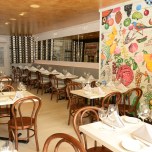 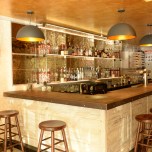 It’s not as though Wölffer Estate Vineyard needed more buzz. It’s been the scene of many a society wedding and chic summer party since its opening in the late Eighties. But when the team opened a restaurant in the middle of the high season, it’s safe to say that interest peaked. Officially launched on July 15, Wölffer Kitchen — up the road from the vineyard in Sag Harbor — is already fully booked three weeks out.

It helps that the food is so attuned to the season. “Simple, fresh, clean, bright,” is how chef Deena Chafetz describes the menu. It’s inspired by co-owner Marc Wölffer’s fondness for Mallorca, the Spanish island where the family also owns a vineyard. Grilled asparagus with an olive oil fried egg and pecorino cheese, lamb skewers with tapenade, spiced garbanzos and cucumber salsa verde and scallops with tarragon-citrus butter are just some of the items being served. But depending on the ingredients coming in from local fisherman and farms, nightly specials will often be added. For example, on this particular day, Chafetz was excited about an order of tuna and had plans to confit the fish before adding it to a pasta dish.

For the most part, though, the food is nothing overly complicated. “They’re all ingredients that people know. We’re not trying to baffle anybody we just want them to have a nice dinner in a beautiful room with some lovely wines you know?” says Chafetz. “There’s nothing on the menu that anyone’s going to look at and wonder too hard what it is.”

The staff has also taken pains to make sure every wine poured — be it Merlot, Chardonnay or Cabernet Franc — will be perfectly paired with each dish. “It’s food that’s really easy to pair wine with,” says Chafetz. “And that’s one of the things, cooking intentionally to have your food go well with wine, rather than cooking whatever you feel like cooking and then hoping the wine guy can somehow make a match.” Along with wines and hard ciders from Wölffer, the beverage list will feature select labels from around the world as well as cocktails and sangria.

The space, which formerly housed The Cuddy, is outfitted in various woods and natural materials. One wall is painted with a colorful life-size pattern of the company’s wine label. Most of the décor is stacks and stacks of Wölffer wine — as if you could forget where you were dining. “We’ve had a lot of attention on us because the Wölffer name and brand is so strong,” says Chafetz. “That’s a particular challenge, when you’re adding a new facet. From the minute the doors open, [we’re aiming to] produce food that’s at a quality and level that is comparable with their wines.”