Tour de France: A Visitor’s Guide to the Cruise Season

Flamingos, lace and Roman ruins are just some of the delights to be found on France's cruise trail.

By Joelle Diderich on May 3, 2018
View Slideshow 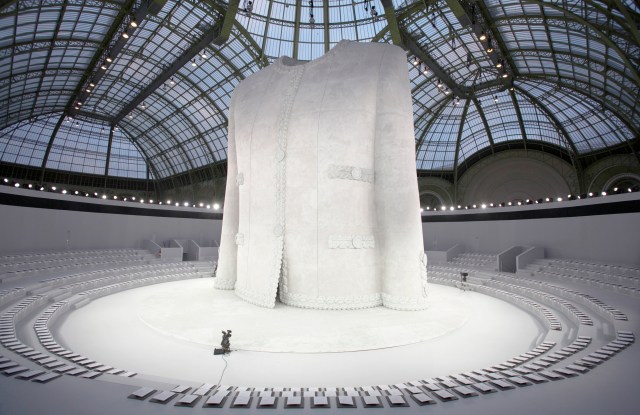 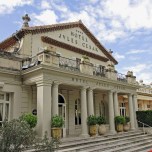 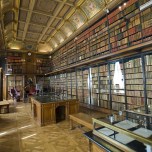 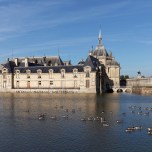 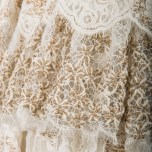 As the cruise season kicks off with Chanel’s show at the Grand Palais on Thursday night, WWD provides a guide to the top attractions in each host city in France:

In addition to hosting Karl Lagerfeld’s spectacular shows, which have featured by turns a replica of the Eiffel Tower, a space rocket and a waterfall, the Grand Palais is home to temporary exhibitions such as the FIAC international art fair, and a permanent museum that stages blockbuster shows, such as the 2009 exhibition “Picasso and the Masters,” which was seen by close to 800,000 people. Currently, visitors can catch “Kupka: Pioneer of Abstraction,” which provides an overview of early 20th-century Czech painter František Kupka’s career, alongside “Artists & Robots,” which showcases works by some 40 artists produced with the help of increasingly sophisticated robots.

Those looking to relive the glory days of Paris as a magnet for artists including Pablo Picasso, Amedeo Modigliani and Henri de Toulouse-Lautrec can plunge into the past at the charming Musée de Montmartre. Thread your way through streets stuffed with tacky souvenir stores to this museum, housed in 17th-century buildings that were home to scores of famous artists and writers, including Pierre-Auguste Renoir, who painted “Dance at Le Moulin de la Galette,” now housed at the Musée d’Orsay, there in 1876. The museum’s gardens have been renovated according to Renoir’s paintings and provide a view of the neighboring Clos Montmartre vineyard. Another highlight is the studio of lesser-known painter Suzanne Valadon, where a mottled 1925 almanac hanging on a wall gives the feeling of time suspended.

Each season brings its crop of gastronomic debuts in the French capital. This spring, the fashion crowd is enamored with Takaramono, which has taken over the space formerly occupied by the Petite Amour bar opposite André Saraiva’s Hôtel Grand Amour in the 10th arrondissement. Run by the Trésor Food team of Alexandre Arnal and Jonathan Ouanounou, which has catered private events for the likes of French fashion house Schiaparelli, the space offers healthy fare mixing Japanese and Mediterranean influences in a Millennial-friendly pink setting.

A selection of dishes at Takaramono  Courtesy Photo

Another form of culinary nirvana can be found at Sébastien Gaudard’s tea room near Palais-Royal, where the pastry chef offers revisited classics like the religieuse, Paris Brest or baba au rhum. For special occasions, he has created an ice cream dessert dubbed La Marquise that is shaped like an 18th-century noblewoman’ dress, with a tiered skirt made of vanilla ice cream, raspberry sorbet and meringue that is almost too pretty to eat. Take home a few bags of his signature Pavés des Martyrs chocolates — your friends will thank you.

The star attraction of this town, 35 miles north of Paris, is the Domaine de Chantilly, home to the château of the same name which the Duke of Aumale, a descendant of the last king of France, had rebuilt in the 19th century after it was destroyed in the French Revolution. The Musée Condé houses his vast collection of paintings by the likes of Sandro Botticelli, Nicolas Poussin and Raphael, as well as precious books and decorative art objects, in a layout unchanged since his death. The castle featured in the 1985 James Bond movie “A View to a Kill,” and hosted two concerts by Pink Floyd in 1994.

For those dreaming of living the château life, the answer is a stay in the Auberge du Jeu de Paume, nestled on the grounds of the castle between its majestic gardens, designed in the 17th century by André Le Nôtre, the gardener of Versailles, and the Great Stables, an imposing building that hosts equestrian shows throughout the year and will provide the backdrop for Dior’s cruise show.

A boutique hotel belonging to the prestigious Relais & Châteaux network, the Auberge du Jeu de Paume has a spa and two restaurants, including La Capitainerie, housed under the arches of famous 17th-century French chef François Vatel’s old kitchens, at the heart of the château. The hotel’s menus feature its homemade Chantilly whipped cream, but don’t call it “to die for” — Vatel famously committed suicide in the midst of a three-day feast in honor of Louis XIV, France’s Sun King, because of a late delivery of fish.

Fashion enthusiasts may be tempted by a side journey to this small museum devoted to the Chantilly lace industry, which hosts weekly lacemaking demonstrations. Among the outstanding pieces of hand- and machine-made black and blond laces on show are triangular shawls that typically took a dozen women an entire year to produce.

A medieval hilltop village west of Nice, Saint-Paul-de-Vence has become synonymous with modern art, thanks in part to this legendary inn, which has hosted artists and celebrities including Pablo Picasso, Joan Miró, James Baldwin and Orson Welles. Simone Signoret and Yves Montand were introduced at La Colombe d’Or by French poet Jacques Prévert, and went on to become one of the most mythical couples of French cinema. Through his friendship with artists, founder Paul Roux amassed an impressive collection of art works, some donated in exchange for room and board, others specially commissioned for the space, such as the colorful ceramic mural by Fernard Léger on the terrace and an Alexander Calder mobile by the swimming pool. Guests can stay in one of the hotel’s thirteen rooms and twelve suites, or enjoy lunch in the timeless setting of the garden terrace.

The Alexander Calder mobile by the pool of La Colombe d’Or.  Courtesy Photo

For Louis Vuitton’s cruise collection, Nicolas Ghesquière set his sights on this private foundation, created in 1964 by Marguerite and Aimé Maeght with the aim of presenting modern and contemporary art in all its forms. An art dealer and gallery owner in Paris, Maeght had no trouble convincing friends such as Miró, Marc Chagall, Georges Braque and Alberto Giacometti to create original pieces for the site, designed by Catalan architect Josep Lluís Sert. The courtyard features three large-scale sculptures by Giacometti, while the garden is home to Miró’s labyrinth, housing more than 200 sculptures. Until June 17, the foundation is presenting works by South Korean artist Lee Bae created specifically for the venue.

Less than 15 minutes away by car is the Rosary Chapel in neighboring Vence, which Henri Matisse considered his “masterpiece.” Stained glass windows featuring the French artist’s signature cut-out motifs cast colorful reflections on the marble floor of the small building, which also boasts three tile murals representing the Virgin and Child, the Stations of the Cross and Saint Dominic. Matisse even designed the vestments that priests wear to celebrate mass.

Chapel of the Rosary, designed by Henri Matisse in Vence, France.  Shutterstock

This large Roman necropolis, classified as a UNESCO World Heritage Site since 1981, was the city’s main burial ground for nearly 1,500 years. The name comes from the Latin Elisii Campi, or Champs-Élysées in French, and Elysian Fields in English. Its storied history is sure to fire up the imagination of Gucci creative director Alessandro Michele, who is staging his cruise show at the site, which is mentioned by Italian poet Dante Alighieri in his “Inferno,” and was later immortalized by Vincent van Gogh and Paul Gauguin during a series of joint painting sessions in 1888. Lawrence Durrell, the British novelist who lived in Provence for 30 years, celebrates the Alyscamps in his final book, “Caesar’s Vast Ghost,” writing: “It is unique in its charm.”

Those wishing to prolong the experience have a choice of excellent hotels, including the India Mahdavi-designed Hôtel du Cloître; L’Hôtel Particulier, with its dreamy garden; and the Grand Hôtel Nord-Pinus, where Helmut Newton famously photographed a naked Charlotte Rampling reclining on a table. For an extra dash of local color, try the Hôtel Jules César, located in a former 17th-century Carmelite convent and featuring an interior design scheme by Arles native Christian Lacroix.

An extension of the Luma Foundation, founded in 2004 by Swiss art patron Maja Hoffmann, Luma Arles is the latest addition to a thriving cultural scene that already includes the Fondation Vincent van Gogh and the annual Rencontres d’Arles summer photography festival. New York-based Selldorf Architects was commissioned to restore a group of 19th-century train sheds that formerly belonged to French railway operator SNCF, while Frank Gehry has designed a 56-meter tower for what is being billed as “an experimental cultural center” scheduled to open in 2020. In the meantime, exhibitions are already presented year-round in the refurbished former railway warehouses. From July 2, Luma Arles will showcase Lily Gavin’s on-set photographs taken during filming of Julian Schnabel’s upcoming “At Eternity’s Gate,” starring Willem Dafoe as Vincent van Gogh.

Arles is also the gateway to the Camargue region, a wetland known for its salt marshes and bull farms that is also home to more than 400 species of birds, including flocks of pink flamingos. The Pont de Gau bird sanctuary is an excellent spot for watching wildlife in an unspoiled landscape.