New iterations of the tiki bar give you options. Here’s our list of today’s can’t-miss tiki — and tiki-inspired — bars in New York City.

In the Sixties and Seventies, when tropicalia and obsessions with the South Pacific were in full swing, New York was known for its tiki bars. There was Trader Vic’s, the Hawaii Kai in Times Square, Monte Proser’s Beachcomber and many more that opened their doors after World War II. Now bars are taking the tiki blueprint and putting their own spin on it — spots like Jungle Bird are embracing a more tropical-inspired vibe, while mainstays such as Otto’s Shrunken Head merge dive with tropi-camp. New iterations of the tiki bar give you options, whether you’re seeking a straight up-and-down, authentic tiki experience or an upscale hotel’s interpretation of that.

Mother of Pearl
Mother of Pearl tops the list because of the entire experience it offers: authentic and fun decorations, plus delicious offerings to imbibe. This East Village haunt is the ultimate experience in kitsch. But if you’re put off by the gauzy white curtains and Christmas lights, set your judgments aside and order a drink, because their beverages are the highlight. The Taste the Rainbow cocktail does, indeed, come with Skittles (and a lime on fire, too) and don’t miss out on the Sugar Cane Magic, which contains coconut cream, lime and rum. But Mother of Pearl’s most famous concoction by far is the Shark Eye; it’s served in a shark-shaped cup with sugary red “blood” dripping all over. Quaint, no? 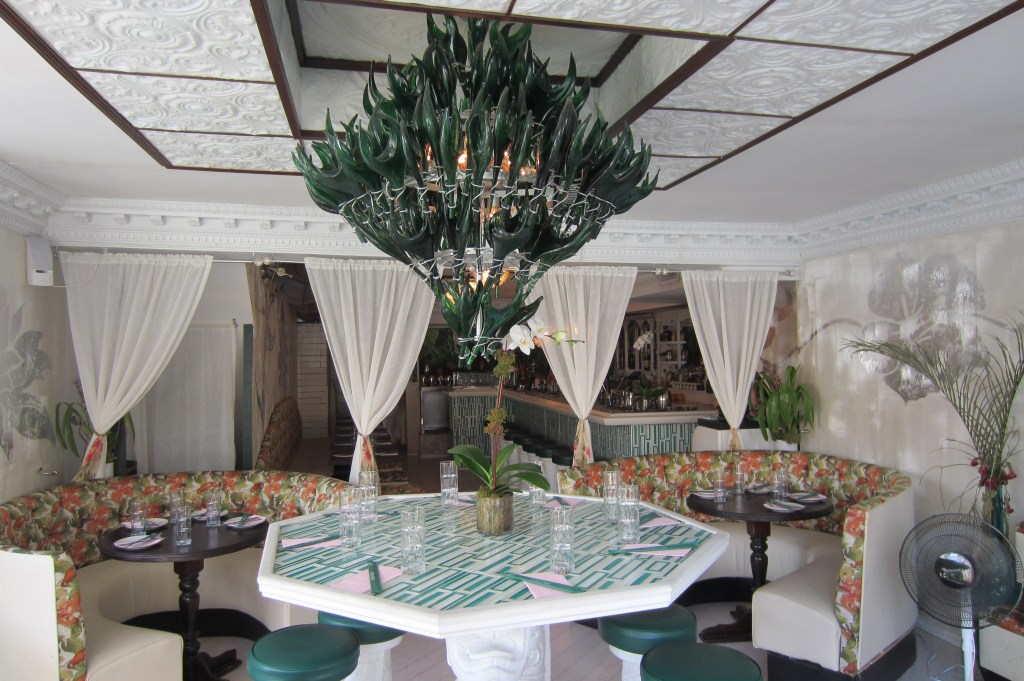 Otto’s Shrunken Head
This is, hands down, the best tiki meets gutter punk dive bar — because it’s the only one of its kind in Manhattan. Otto’s Shrunken Head is one of the rare spots in the city where you can sit on a zebra-print chair and order a mai tai at the same time. The signature house cocktails are served in classic cups of all shapes and designs, and the bar’s frozen drinks — which include the standard piña colada and the not-so-standard German Chocolate Cake — leans into a unique and modern interpretation of the tropical vibe. 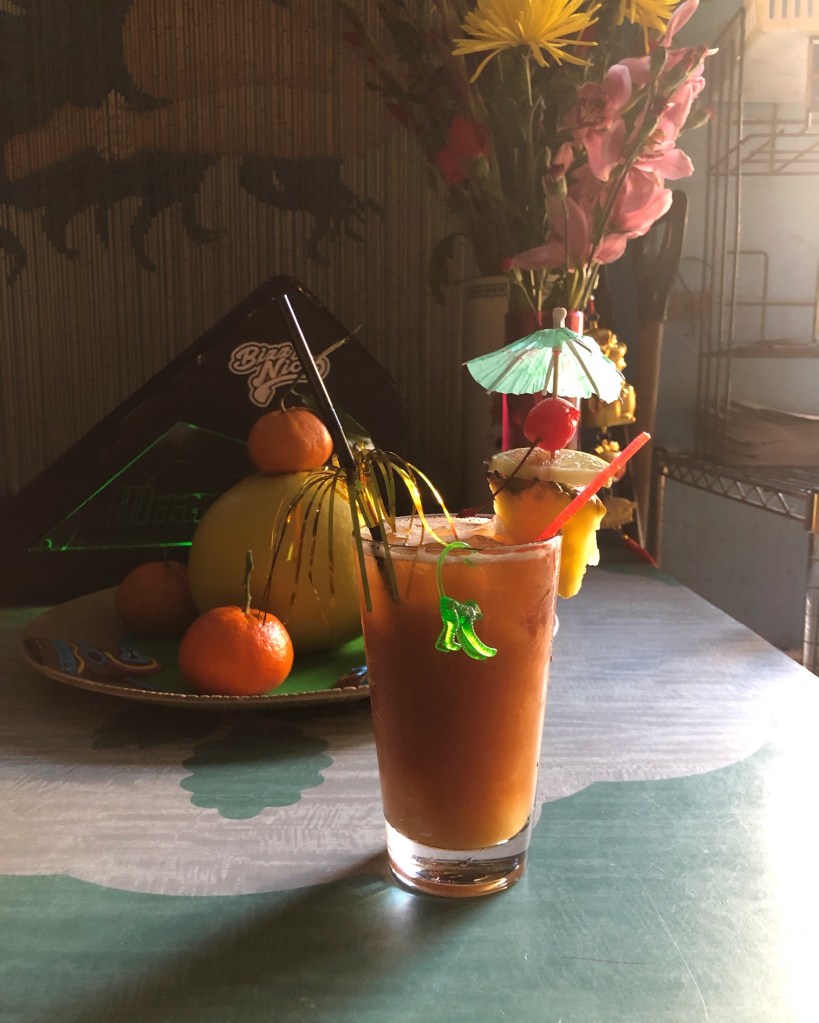 Gitano
After popping up in New York last summer as Gitano Summer of Love, the Tulum-born concept has returned for a second summer, and also set down more permanent roots at the James Hotel. While the outdoor pop-up rages on through the end of summer, the recently opened Gitano Jungle Terraces, Jungle Room and Jungle Bar (sense a theme?) have set up shop to keep the party going year-round. Tropical plants pack each space, providing a lush backdrop 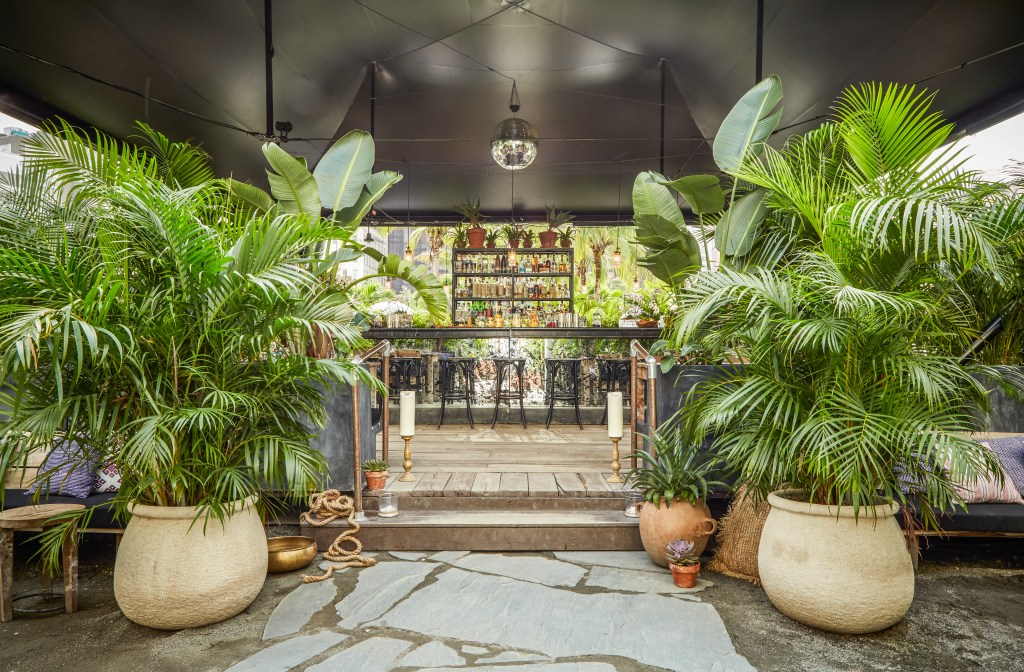 Jungle Bird
Full disclosure: while named after a classic tiki drink, Jungle Bird is not, in fact, a tiki bar. Rather, its cocktail menu leans classic with a twist of tropical ingredients, like calamansi and kumquat. But Jungle Bird, which opened in May, falls under a bar category that’s gaining popularity — a tropical-meets-tiki spot with cocktails and lots of greenery inside. Early on a recent Friday afternoon in Chelsea, Jungle Bird was already filling up by the minute, despite the fact that it was still technically working hours. Some were drinking the house cocktail, the Jungle Bird, which is on tap and served with a wedge of pineapple and a green leaf for garnish. Others just opted for a glass of rosé. It is summer, after all. 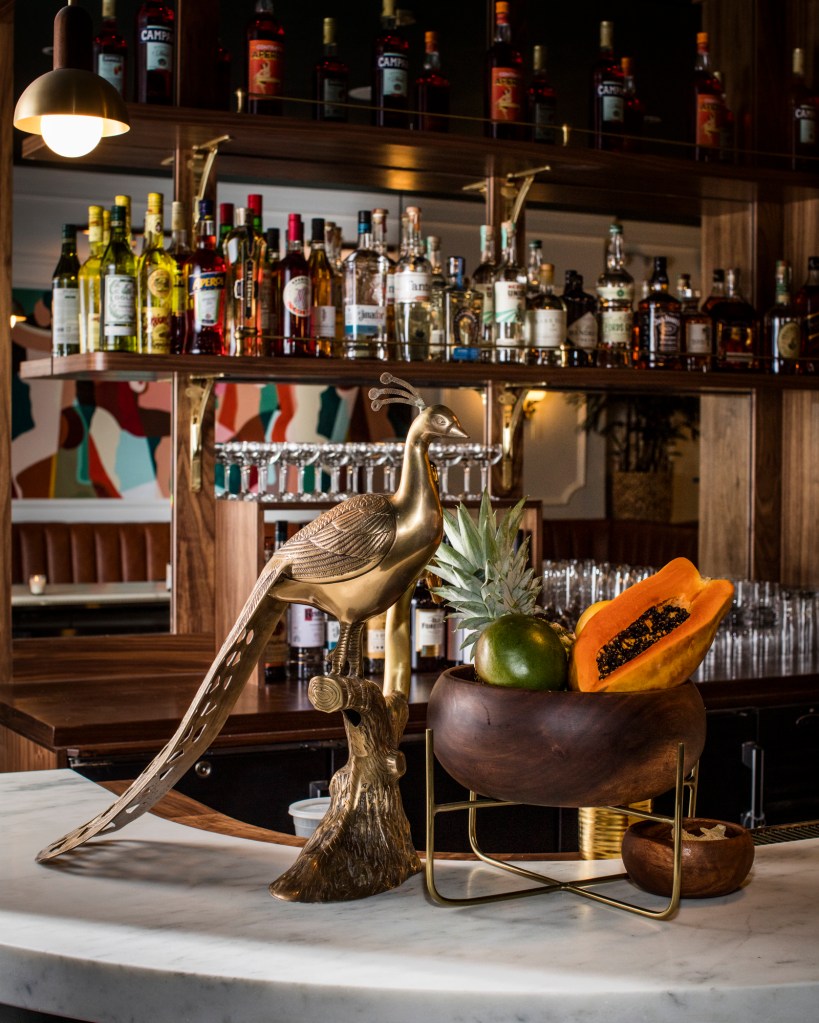 The Polynesian
The Polynesian, located in Times Square’s Pod Hotel, gets major points for being a chic tiki bar, but must be docked a few of them for the quality of cocktails it offers. The interior is artistic and lavish — blue velvet booths, inlaid wooden floors and paintings on the walls create a special kind of environment (read: one you’d want to stay in for hours). The cocktails are billed as elevated tiki drinks, and while this idea, in theory, is great, in execution it is just OK. Some drinks simply lack flavor. That said, the cocktail presentation is immaculate — and authentic, too. Try the piña colada or, if you’re feeling adventurous, the more complex Derelict. 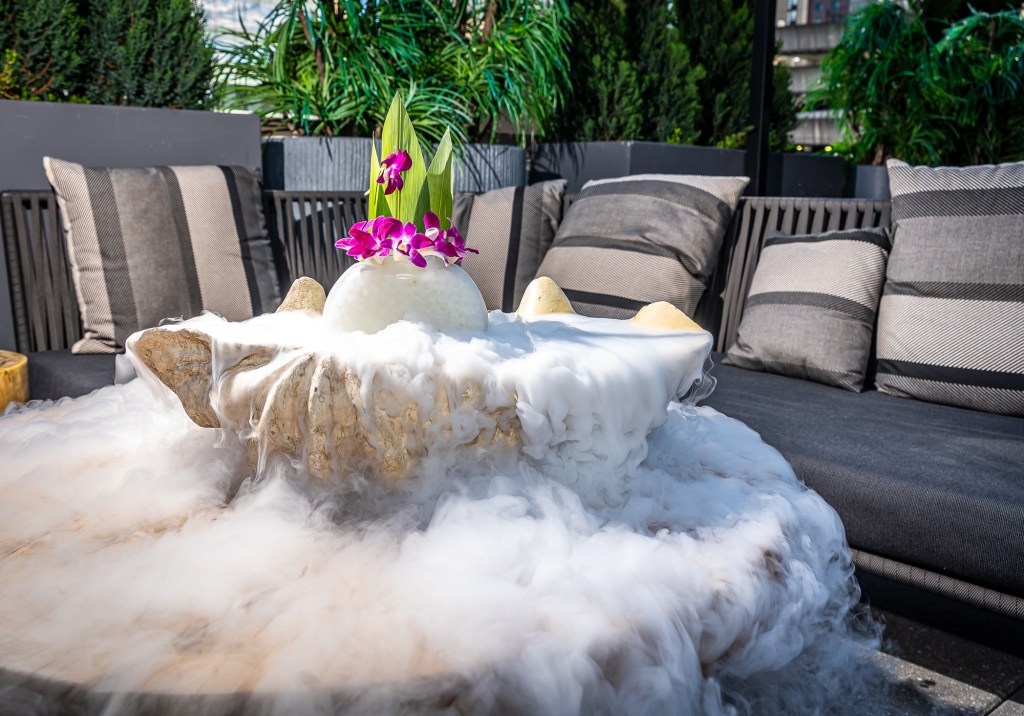 Broken Shaker at the Freehand
When the New York outpost of hip Miami Beach watering hole Broken Shaker opened in 2018, the line to get into the popular rooftop bar at the Freehand was a frustrating hindrance. But if you manage to weave past and through the happy hour crowd, Flatiron views and an otherwise charming environment — decorated with tchotkes and greenery — awaits. Cocktails, too: The tropical-inspired beverage program has garnered a few nods from the James Beard Foundation. 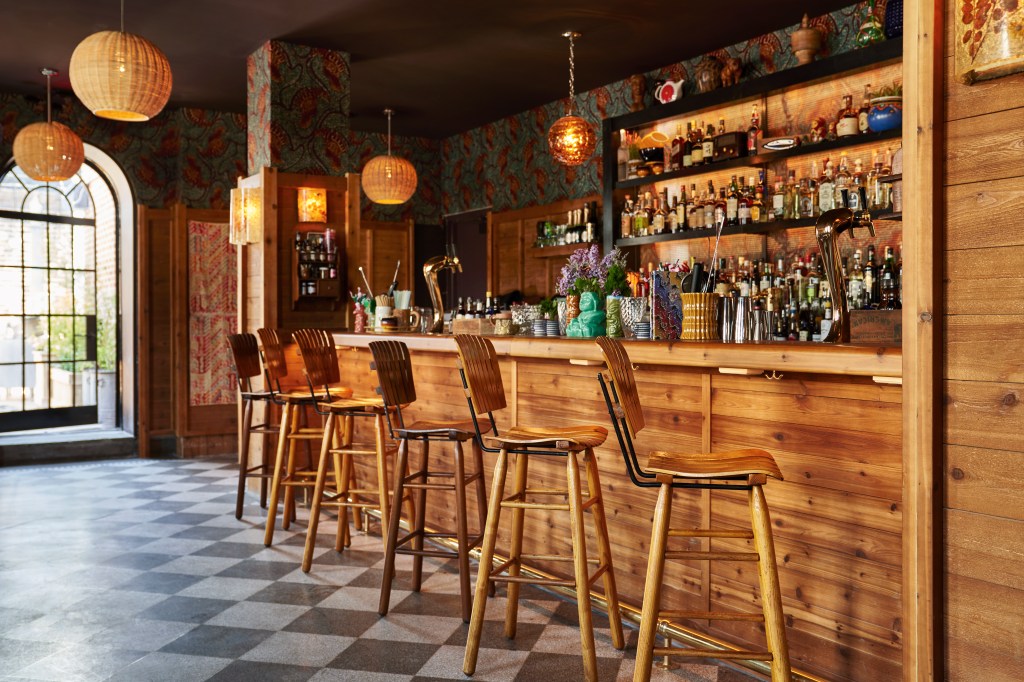 Zig Zag
Although Zig Zag opened its doors a mere two months ago, the tiki bar in Brooklyn’s Bed Stuy is already gaining attention. With total neon lighting inside evoking “Miami Vice” vibes and classic cocktail options like Painkillers, what else could you want for summer in New York?