Tune in for the premiere of a new dance from Stephen Petronio Company and a live-streamed discussion with Jeremy Dennis through the Parrish Art Museum.

Friday Nights Out East With the Parrish Art Museum

Yes, the Friday train from New York City out to the Hamptons will be much emptier than usual for the first weekend after Memorial Day. But fear not: you can still tune in to experience some of the Hamptons culture. On Friday, the Parrish Art Museum is hosting an Instagram live conversation with artist Jeremy Dennis at 5 p.m. as part of its #FridayNightsLive series. Dennis, a member of the Shinnecock Nation in Southhampton, will be discussing his work included in the museum’s online exhibition “Telling Stories: Reframing the Narratives.” The exhibition, which features works by eight contemporary artists, explores the role of personal narrative and how stories are shaped by their narrators.

The 2020 edition of the Brooklyn Film Festival, “Turning Point,” kicks off today. While moviegoers won’t be packing into theaters as usual, cinephiles will still have the opportunity — and perhaps more so — to check out the entire lineup of 149 film. The festival is making all of its programming of feature and short films, spanning from more than 40 countries, available to stream online for free through June 7.

The Stephen Petronio Company is hosting a virtual event on Friday at 6 p.m., which will feature the premiere of a new dance piece. Notably, the full-company work, #GimmieShelter, was choreographed in isolation over Zoom and explores the limitation of physical space. The Friday event — which will be available online through June 5 — will also feature a solo from Petronio’s 1993 dance “Full Half Wrong” performed by Jaqlin Medlock.

If you’re feeling inspired to move after watching the Petronio dancers, check out one of the free live online dance classes presented by Camille A. Brown and Dancers. Helmed by the Tony-nominated choreographer, the series, “Social Dance for Social Distance,” features a lineup of classes and talks through the end of June. Upcoming classes taught by members of her company include an Afro-Cuban class on June 1 and Lindy hop class on June 3. Classes will be streamed through Brown’s Instagram handle at 2 p.m. EST at @camilleabrown. 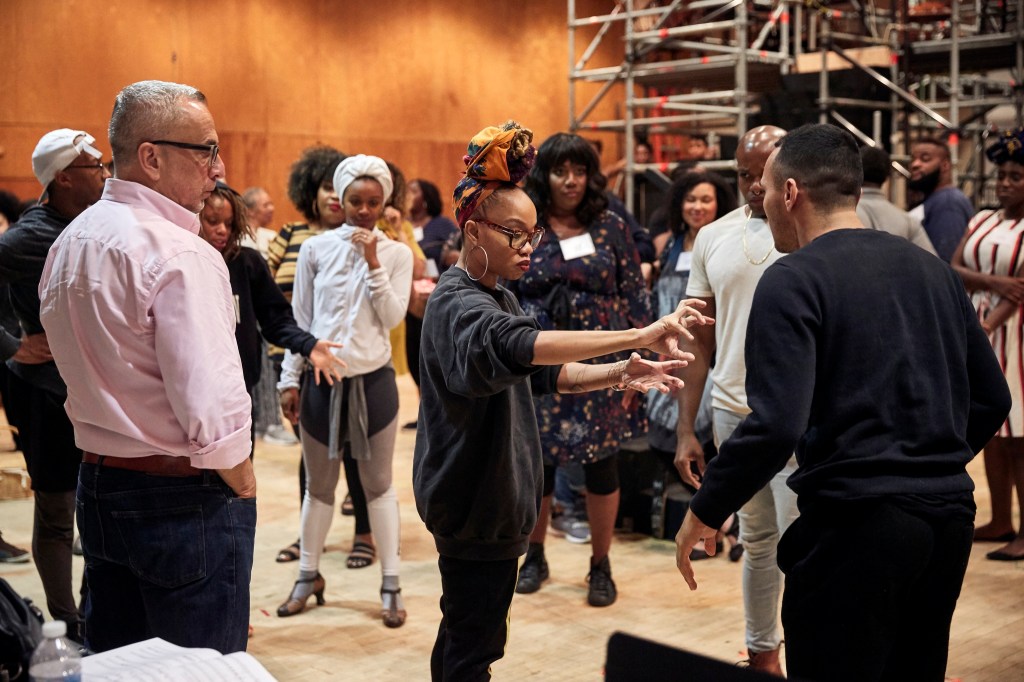 Camille A. Brown at a rehearsal of Porgy & Bess at the Met Opera.  Kelly Taub/WWD

On May 31 at 8 p.m. EST, the Smithsonian’s Pride Alliance is hosting a virtual concert to kick off Pride Month and celebrate LGBTQ heritage. Streaming on YouTube, the event will feature performances and appearances by Kat Cunning, Indigo Girls, Pet Shop Boys, Roxane Gay, Rufus Wainwright, SOKO, and Tig Notaro. Highlights from various Smithsonian museums and research centers will also by featured as part of a “digital time capsule.”